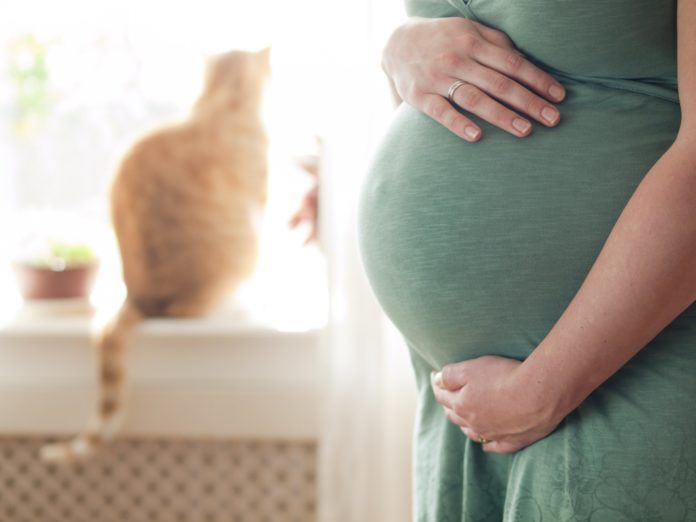 You love your cat dearly, and you’d like to think that she feels the same way about you. Unfortunately, some feline diseases stemming from bacterial, fungal and parasitic infections can affect humans as well cats. And according to Linda Ross, DVM, an associate professor of small animal medicine at the Cummings School, several of these ailments — known collectively as zoonotic diseases — can be passed between cats and humans.

These diseases can be spread to humans in a variety of ways, notes Dr. Ross. Direct physical contact with an infected animal’s coat, urine or feces is most common, she says. A scratch from a cat who is harboring disease agents in her hair or claws, for example, can transmit an infection to a human.

In some situations, carelessly changing a cat’s litter box or even petting a cat can do likewise. And a zoonotic disease can also be transmitted through a bite from a cat or otherwise through direct contact with an infected animal’s saliva.

The most serious among zoonotic feline disorders, says Dr. Ross, is rabies, a viral disease that can pose a lethal threat to human beings. This affliction is caused by a virus that can affect many warm-blooded outdoor animals, such as raccoons, skunks, foxes, coyotes and bats.

Transmission to a cat — and subsequently to a human — almost always occurs through biting, following which the virus migrates to the victim’s central nervous system. Without prompt diagnosis and treatment with a rabies vaccine, such an infection in a human will be “just about 100 percent fatal,” according to Dr. Ross.

“In most states,” she says, “cats are required by law to be vaccinated against this virus. But there are lots of cats who live in the wild who don’t get vaccinated, and there are indoor-outdoor cats who can come in contact with them and could become infected. And a human who is subsequently bitten or scratched by a rabies-infected cat can become infected.”

Given the lethal threat posed by rabies, she urges cat owners to be especially diligent about having their cats vaccinated against this potentially life-threatening viral disease.

Toxoplasmosis is a disease caused by a single-celled parasitic organism called Toxoplasma gondi, which is ingested by a cat when the animal consumes an infected rodent or other prey or chews on infected raw meat.

These organisms reproduce in the cat’s intestinal tract and, after a brief period of time, are excreted in the cat’s feces. The parasite can then spread to a human who comes in contact with soil or a litter box that has been contaminated by the feces of the infected cat.

In most cases, says Dr. Ross, the organism causes few or no problems in either an infected cat or human — with one significant exception: A woman who is infected with the parasite during the first three months of pregnancy. In such a case, the toxoplasmosis parasite can potentially cause serious damage to a fetus’s eyes and nervous system and could even cause abortion of the fetus.

Ringworm, otherwise known as dermatophytosis, is a fungal infection that is high on the list of frequently observed feline skin disorders. In cats, the condition is marked by the formation of circular areas of hair loss, broken and stubbly hair, and patches of scaling, crusty or inflamed skin.

The disorder can be transmitted to a human by direct contact with an infected animal’s skin or coat, and will initially reveal its presence in the form of red, scaly patches on a person’s hands or forearms — areas where the cat and the human have come in direct contact.

In humans, the lesions are likely to progress, becoming raised, ring-shaped, blistered and oozing fluid. Without prompt treatment, the infection could possibly spread and lead to bacterial infection. “This is by no means a fatal disease,” says Dr. Ross. “It doesn’t even cause serious illness. But it’s certainly annoying.”

Cat Scratch Fever is a disorder caused by a bacterium called Bartonella henselae, which is primarily transmitted among cats — especially kittens — through flea bites.

The disease subsequently passes to humans who are scratched or bitten by an infected cat. People with cat scratch fever typically show such clinical signs as swollen or abscessed lymph nodes, loss of appetite, sore muscles, persistent fatigue, headache, and fever. “This disease is rarely fatal,” notes Dr. Ross, “but it can make people fairly ill for a while, sometimes for several months, until the illness runs its course, even if antibiotics are used to treat it.” Serious complications of cat scratch disease are most likely to occur in very young children and in adults whose immune systems are significantly compromised, such as AIDS patients.

Roundworm is a zoonotic disorder caused by a spaghetti-like parasite that can grow to a length of four or five inches within the feline intestinal tract.

Humans who somehow ingest soil or litter box contents contaminated with roundworm eggs are at risk for developing a disease called visceral larva migrans. If this occurs, the larvae may travel to any area of the body—such as the brain, liver, lungs or heart — which can result in tissue inflammation and hemorrhaging.

Also, Dr. Ross points out, “This parasite can cause a syndrome called cutaneous larva migrans, in which the roundworms’ larvae migrate and cause red, very itchy lines under the skin. In humans, roundworm infection occurs most frequently in young children who put their hands into their mouths after playing in soil or a sandbox in which a cat has recently defecated.”

Who is Most Susceptible to Zoonotic Diseases?

Outdoor cats, according to Dr. Ross, are most apt to harbor a zoonotic disease. “They’re going to be in constant contact with disease vectors,” she says, “and will be far more likely than indoor cats to get fleas and ticks. Among indoor cats, those who are unvaccinated and do not undergo periodic veterinary examination are at elevated risk.” As for humans who are at higher risk for becoming infected with a zoonotic disease, she identifies individuals whose immune systems are suppressed — people who are undergoing chemotherapy, for example.

Also at higher risk, she says, are very young children, people who let their cats roam outdoors, those who work in animal shelters or trap-and-neuter programs, elderly men and women whose immune systems may be weak, and even veterinarians. “But with some diseases, such as rabies,” she adds, “the weakness or strength of the immune system doesn’t matter.”

How to Minimize Your Risk

What steps can cat owners take to minimize the risk of contracting a zoonotic disease? Dr. Ross offers the following: “I’m a huge proponent of not allowing cats to go outdoors. If your cat is strictly an indoor animal, your chances of being exposed to a zoonotic disease are greatly reduced. Also, you should avoid direct contact with your cat’s feces — be sure to wash your hands well after changing the litter box. And wear gloves if you’re going to be handling an animal that you’re not familiar with.”