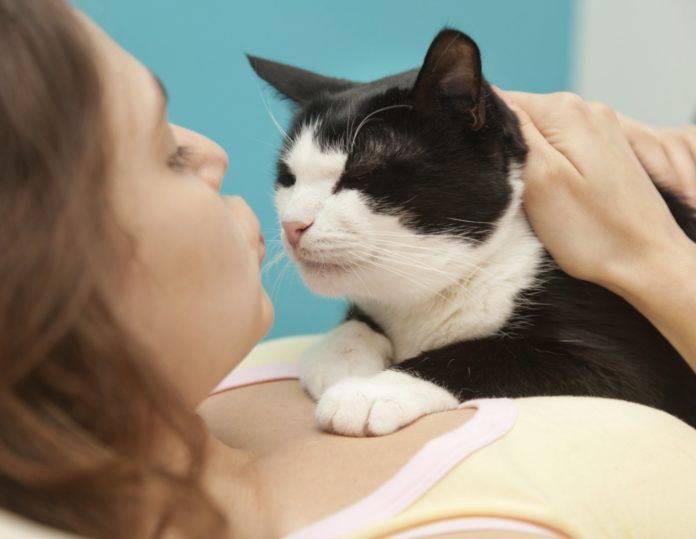 Just as cats come in a broad range of shapes, sizes and colors, so do the various lumps and bumps that may appear on their skin. While such palpable swellings can be alarming to see or feel, they’re usually harmless, according to Michael Stone, DVM, clinical assistant professor at the Cummings School of Veterinary Medicine at Tufts University. “Skin lumps are a frequent cause for concern for cat owners,” he says.

“I am asked to evaluate them daily. Only rarely do I see a lump that is a manifestation of a deep physical disorder. In relatively few instances, for example, a lump on the skin can signal the spread of a cancer that has originated elsewhere in a cat’s body. And widespread systemic processes, such as cryptococcus (a rare infection caused by a fungus) can sometimes manifest themselves as lumps under the skin,” explains Dr. Stone. “But most lumps are benign, incidental and of little importance.”

Dr. Stone advises, however, that the appearance of any sort of lump or bump on a cat’s skin should be brought to the attention of a veterinarian — and any such growth that is evidently causing pain to an animal should be evaluated without delay.

Feline skin is second only to the feline lymphatic system as the site of various tumors, cysts and other abnormal growths (neoplasms). Skin growths that are unlikely to pose a serious or long-term health threat are referred to as benign, and while some of these growths can become alarmingly large, they are typically small, clearly defined and ultimately inconsequential. Normally, the growth’s cells do not spread to adjacent tissue or involve distant organs in the way that potentially lethal (malignant) lesions progress.

Common benign skin growths include abscesses (lumps that contain pus); cysts (skin-covered, pea-sized sacs filled with a liquid or a thick, cheesy substance); and benign glandular proliferations (fleshy, hairless and very slow-growing lumps). Such growths most commonly occur with advancing age; some cats may have several lumps at the same time. But unless a cyst or benign growth becomes ulcerated or is bothersome, it will probably not require treatment. “The vast majority of non-painful lumps are benign,” notes Dr. Stone. “Such lumps change very slowly, if at all, over time.

So if a lump has been present for more than six months with little change in size, it is unlikely to be malignant. If bleeding occurs, a more urgent evaluation would be required, since benign lumps — unless they have been produced by some sort of trauma — infrequently bleed. Also, signs of illness in a cat with skin lumps — such as decreased appetite, listlessness or weight loss — warrants a veterinary visit.”

Abscesses are most common

According to Dr. Stone, the most commonly diagnosed feline skin lumps are abscesses resulting from bite wounds that occur when two animals fight. Most of these abscesses occur on a cat’s face, neck and legs. When a cat’s skin is punctured, blood flow to the wound increases as the blood’s white cells attempt to clear the affected area of bacteria and any foreign material that has invaded the site. Pus is formed when the white cells die and collect in the affected area, forming a lump that, in most cases, will eventually burst. In some cases, however, a pus-filled lesion will not drain without veterinary intervention.

Says Dr. Stone: “These lumps indicate bacterial infections that make the cat ill. Abscesses are sometimes detected by an owner while petting the affected cat, or the cat may be presented solely because it appears to be sick. Treatment, which will include the drainage of pus from the lump and the use of antibiotics, should bring rapid relief.”

The second-most frequently diagnosed feline skin lumps, he points out, are benign growths. Notable among such growths are lipomas, accumulations of soft, fatty tissue that develop just beneath the skin surface. Lipomas are typically small but in some cases can grow larger over time. Indeed, some lipomas can become so large that they will interfere with a cat’s normal physical activity.

Other benign tumors — such as adenomas — are also relatively frequent feline skin growths. According to Dr. Stone, dozens of other causes of skin lumps have been identified, including various insect bites, fungal infections, allergies and adverse reactions to certain drugs and household chemicals. Malignant cancers occur less frequently, but progressive growth in size would be one clue that triggers thorough evaluation, he adds.

The appearance of any type of dermal abnormality — including skin lumps — merits veterinary consultation, advises Dr. Stone. At the outset of the consultation, the veterinarian is likely to interview a cat’s owners regarding such relevant issues as: How long has the lump been present? Has it changed in size or appearance over time? Has the cat experienced any injuries in the recent past? Have there been any noticeable changes in the cat’s eating habits?

The veterinarian will then give the cat a thorough physical examination. “A lump can often be diagnosed by the physical exam alone,” he says. “In some cases, needle aspiration or a biopsy may be required. With needle aspiration, which does not require sedation or anesthesia, a few cells are obtained from the lump using a hypodermic needle and expelled onto a glass slide. The cells are then examined under a microscope, and a specific diagnosis can often be achieved.

“If this technique is insufficient, a biopsy may be required. This will involve the removal of a piece of tissue that will be examined under a microscope. In some cases, the biopsy sample may be obtained using only local anesthesia, although heavy sedation or general anesthesia is most often necessary. The biopsy sample will be sent to a laboratory for processing and evaluation, and the diagnosis will typically be returned within a week or so.”

Treatment will depend on a variety of factors, notes Dr. Stone. Most lumps will be monitored for the extent to which they change in size. If a lump is growing rapidly or aspiration or biopsy suggests that it may be malignant, surgical removal may be recommended. Some malignant masses are treated with radiation therapy and/or chemotherapy in addition to surgery.”

Following veterinary diagnosis and treatment, owners must make sure that all medications are given as prescribed and that the cat’s lump — if still present — is observed closely for any changes in appearance. If the lump has been removed, the cat must be confined appropriately according to the veterinarian’s instructions, and the healing of the animal’s incision must be carefully monitored. “Fortunately,” Dr. Stone reassures owners, “most skin lumps are benign.” — Tom Ewing