For the past few months, I allowed the move into my new house to be the topic of my editorials — and it has been the primary focus in the rest of my life, too. A lot of work was involved while settling into this 100-year old Victorian.

And for all the articles I’ve edited over the years about being prepared for an emergency, nothing could have truly forewarned me about the fire that took place here in the middle of the night during February.

We suffered through an unusually cold and challenging winter in New York state, and I now realize I wasn’t cognizant of the complexities of coaxing this old house into being more energy efficient. I started to use an older gas fireplace in the living room, hoping that the secondary heat source would make the challenges a little bit easier.

For a few nights, I turned it on at a very low setting — just for a few hours while I watched TV in the evenings. And it did a wonderful job, giving the furnace (and increasingly high oil bill) a little rest. On the fourth night, however, the vent in the wall became overheated, causing a fire during the wee hours.

Luckily, the carbon monoxide meter sounded and the beeping woke me up — and frightened my two cats straight under the bed. When I went downstairs and saw smoke in the living room, it felt like something out of a movie.

Here’s where the preparedness kicked in. When moving in a few months earlier, I was going to store the cat carriers up in the attic — where there was plenty of room for such things that don’t receive regular use. But something told me to keep them accessible, and so I put them in a closet near one of the doors on the first floor instead. (I have now amended that plan to include a large spare carrier on the second floor of the house, too.)

I grabbed the two boxes and hurried back upstairs, hoping that the cats were still hiding under the bed. Luckily, I could reach both of them — and was able to pull them out and get them safely into their carriers.

Because it was an extremely cold night, I put them in the backseat of my car, and then called 911. The firemen arrived within minutes, so I drove my car down the street and blasted the heater. I was thankful we had somewhere warm and safe to stay while the rescue workers attended to my house.

Luckily, the fire damaged only the living room wall that housed the gas fireplace, and we were able to return to the house a few hours later and live there while sorting out the insurance details over the next couple of weeks.

One interesting part of this situation was the reaction of people when I narrated the events: It seemed to surprise some people that I made finding my cats — and removing them from the house —my first priority before calling 911. It was more of an instinctual decision than anything else — property can certainly be replaced, but not the lives of our family members (and for many of us, our pets are our four-legged family members). 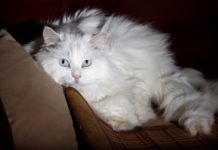 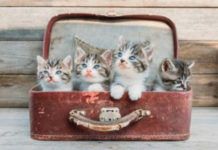