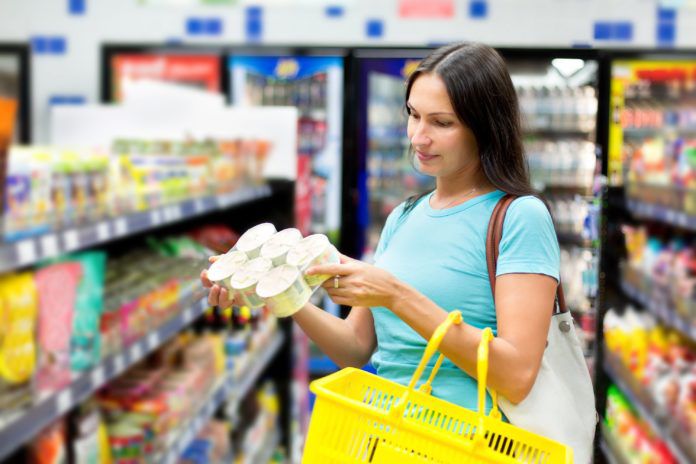 When you look at the label on any package of cat food, the most dizzying part will no doubt be the Guaranteed Analysis, a bunch of numbers given either as percentages or “milligrams per kilogram (mg/kg)” with no accompanying key to explain their meaning in a cat’s diet. To make matters even more complicated, each number is listed as a “minimum” or “maximum,” so you don’t know whether you’re getting the least or, conversely, the most allowed.

It’s very different from the numbers on the Nutrition Facts label for food eaten by people, which gives more practical information that details the serving size, the calories in that serving size and what percentage that serving provides of the total amount advised for various nutrients. It also easily allows people to compare apples to apples, so to speak: one jar of tomato sauce to another, one brand of yogurt to another. Why are the numbers on a cat food label so arcane, by contrast?

It goes back to the fact that nutrition labels on cat foods (and other pet foods) are based on the nutrition labels for food fed to animals such as cattle and chickens that then get turned into food for humans. “When pet foods became common,” explains Tufts veterinary nutritionist Cailin Heinze, VMD, “the template just got moved over from livestock and never really got adjusted.”

The Guaranteed Analysis is useful for people raising animals that then get used for food eaten by people, says Howard Vinton, a program coordinator for the Association of American Feed Control Officials, or AAFCO, who serves as the feed control official for the Commonwealth of Massachusetts. For instance, he explains, if you have a dairy cow that will be used to make milk, “you want a high-protein diet.”

By contrast, he says, for a baby chicken that will become food, “you want to back off on the fat and protein” until the chicken gets older. Broiler chickens go through different stages of growth, he says, that require different nutrient levels for the highest-quality product, and the labels on the feed need to show that.

Still, for all the owners of cats (and other pets that will never become food), what are those minimums and maximums about? Does having a minimum mean a food manufacturer can go way above that minimum number without running afoul of any regulations, and does having a maximum mean you’re not allowed to go above that amount but can go legally down to zero? It kind of sounds like a recipe for nutritional disaster.

And what about those metric system milligrams and kilograms? And other unlikely terms like “crude” fiber and “crude” protein?

A number of the nutrients you’ll see in the Guaranteed Analysis have minimums. It means that legally, the manufacturer cannot provide less than that percentage or hard number (depending on the requirement for how to list the amount for that particular ingredient). It makes sense. AAFCO wants to make sure pet food makers aren’t skimping on vitamins, minerals and other nutrients that animals need for proper growth and health.

Only two ingredients have maximums: fiber and water. Why? “A company could conceivably add fiber with the idea that it’s less expensive,” Dr. Heinze says. “They could add it as filler. It’s the same with water. Water and fiber provide a lot of volume but no nutrients.” It’s not that fiber and water don’t have benefit, she adds, because they do. In fact, for a cat who’s prone to, say, kidney stones, a high-moisture diet might be preferred. But extra water and fiber are not beneficial for every cat, and mean less protein, fat and minerals (because it all has to add up to 100 percent) and fewer calories for the same volume.

When it comes to minimums, does that mean there’s a bottom limit, but no ceiling? For instance, the minimum for vitamin E is 250 international units per kilogram (2.2 pounds) of food. But could a manufacturer decide to put in, say, 25,000 units, or however many units it wants above the minimum?

“We don’t have any penalties if it goes way above the minimum,” AAFCO’s Mr. Vinton says. In most cases, the sky’s the limit. “But I have been doing this since 2002 — more than 15 years — and have never had anything that out of whack. I’ve had a couple of percentage points above, but never anything way off.”

If the number ever falls below the minimum in a batch or lot of food, it’s presumably not intentional. Mr. Vinton has not seen reputable companies trying to get away with putting in fewer nutrients than they’re supposed to. It’s always a quality control issue that a well-established company will quickly tend to. And in 2017, he says, “none of the cat foods I sampled came back low in anything.”

It’s the same for maximums, he reports. The manufacturers intend for the amounts in the food to conform closely to the stated maximums rather than going way below, even though that would be legal.

As for why some nutrients are listed as percentages and some as milligrams per kilogram, it’s presumably about how much the nutrient itself weighs. For instance, protein and fat are what are known as macronutrients — they’re bigger and heavier than micronutrients like, say, selenium or vitamin A.

Thus, they can be listed as percentages, meaning the protein and fat content are each a percentage of the total weight of the food. If the protein minimum is 30 percent and the fat minimum is 9.5 percent, it means the two together will make up 39.5 percent of the food’s weight. (Minimums and maximums vary depending on whether the food is listed as appropriate for the growth of kittens or the maintenance of adult cats.)

The nutrients selenium and vitamin A, on the other hand, weigh so little that the percentage of each would be well below one percent. Calculating by percentage would not be a particularly feasible way for manufacturers to make sure they meet the regulation. For that reason, they are given as milligrams (or international units, a nutritional measure of certain vitamins) per kilogram of food.

Yet another confusing aspect of the Guaranteed Analysis is that three of the nutrients are listed as “crude”: crude protein, crude fat and crude fiber. What exactly does “crude” mean in this context? Is it that the ingredients are of a lesser quality than they would be for people?

The reason this is allowed is that determining the amount of protein directly would be an expensive, complicated assay due to the fact that protein is a mixture of amino acids rather than just one thing. Calculating “crude” protein is not a sleight of hand. Protein in food for people is measured the same way.

It’s a similar story for crude fiber. Measuring crude fiber costs only about 20 percent as much as measuring total dietary fiber (which companies that produce food for humans do have to do). It does not mean that the fiber in cat food is of inferior quality.

If you want to get more exact amounts of protein, fiber and fat rather than numbers calculated through a “crude” analysis, you want the numbers derived from what is called a “typical” analysis, Dr. Heinze points out. “But that information is not on the label,” she says, and can be obtained only by calling the company, which may or may not have typical analysis numbers. A manufacturer should have an average culled from a number of batches of the food. If a company tests batches only intermittently, “you may not get as accurate an average,” Dr. Heinze says.

A nutrient with an asterisk

Some ingredients listed in the Guaranteed Analysis of various products — perhaps ascorbic acid (vitamin C), among them — have an asterisk next to them. Often, there will be a burst on the front of the package touting the presence of that ingredient. But any ingredient in the Guaranteed Analysis with an asterisk is not recognized by AAFCO as a required ingredient, no matter how big the marketing print on the front of the bag or can.

That does not necessarily mean there’s absolutely no science to suggest the ingredient might have a particular health benefit. It just signifies that the science isn’t as robust as for required nutrients. And for some of the ingredients with asterisks, the science may be completely lacking. That is, the ingredients are added as a marketing ploy rather than to truly improve cats’ health.

Does it all add up?

Okay, so now that you understand more about the Guaranteed Analysis, you might assume you can easily use the information to make a good choice in choosing food for your cat. Unfortunately, you can’t.

Consider a comparison of dry kibble to canned food, for instance. At first glance, it looks like canned food is much, much lower in protein, fat, fiber, calcium and phosphorus than dry. But the reason is that the largest percentage in canned food is always going to be water, pushing down all the other percentages by a lot. Indeed, canned food averages about 75 percent moisture by weight, and sometimes goes as high as 85 percent. That doesn’t mean canned food is actually low in those other nutrients meal-to-meal. It just means that on a weight basis, water takes up the lion’s share. Label to label, however, making a translation would literally require a calculator and several calculations. Who’s going to do that?

“Even comparing dry to dry doesn’t give a helpful comparison, unless the calories in the two foods are pretty similar,” says Dr. Heinze. Otherwise, a comparison of percentages and milligrams is not occurring on a level playing field. If a lower-calorie food has a lower percentage of protein than a higher-calorie food, for instance, a cat may still ending up consuming more protein with the lower-calorie food because he has to take in more of that food to meet his calorie needs.

“There has been discussion at AAFCO about doing a label that’s more like the Nutrition Facts label for people, which provides useful information,” Dr. Heinze says. “But it’s probably multiple years off, if it even gets to that point. It took something like 10 years to get calorie information on pet food labels.

“For now,” she says, “the Guaranteed Analysis as it stands is the least useful part of a cat food label, unless you’re specifically looking for a high-water diet. To my mind, it serves only a regulatory purpose and has no real value to the pet owner. I can’t think of a time I have ever made a decision on a food based on the guaranteed analysis, either for my clients’ cats or my own.”

Given the gap between the numbers in a Guaranteed Analysis and the information consumers can actually glean from those numbers, we hope AAFCO will take into consideration going to a label that more closely resembles the Nutrition Facts labels used on food for people. — Larry Lindner