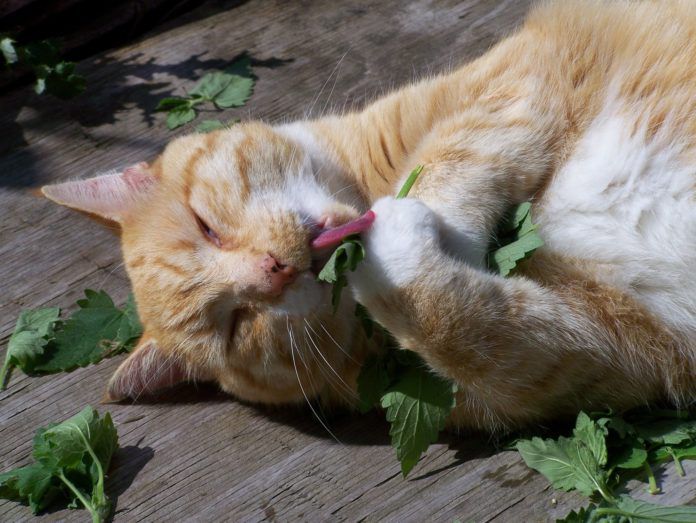 As we all know, many cats just can’t enough of catnip — nepeta cataria, a fragrantly intoxicating plant native to Asia — although why it has such an effect on cats has remained a mystery. However, recent research may shed new light on the riddle — as well as identify a few other substances that may delight your cat even more.

Cats react to catnip when they inhale the scent of nepetalactone, the active ingredient in nepeta cataria. It is a terpene, an aromatic compound in the same family as the chemicals that give marijuana its characteristic scent. The relationship between cats and catnip was identified in the 1940s, although it still remains unclear which genes cause cats to react so feverishly.

Even more curious is that not all cats are susceptible to catnip. Some species of cats (big and small) aren’t affected at all, while others experience only mild effects. A new study conducted at UC Davis — and headed by Tony Buffington, DVM, PhD, DACVN — tested the effects of catnip on 100 cats to try to understand the connection once and for all.

The team discovered some alternatives that had similar effects when imbibed by cats — silver vine, Tatarian honeysuckle and valerian root. In total, 80 percent of the feline test subjects responded to silver vine (a higher response rate than catnip, which got just under a 70 percent response), with valerian root and honeysuckle trailing with approximately 40 percent each.

That’s good news for cat owners whose pets don’t respond to catnip. Dr. Buffington is hoping that the discovery offers some environmental enrichment to indoor house cats who can benefit from extra stimulation. — Catnip staff