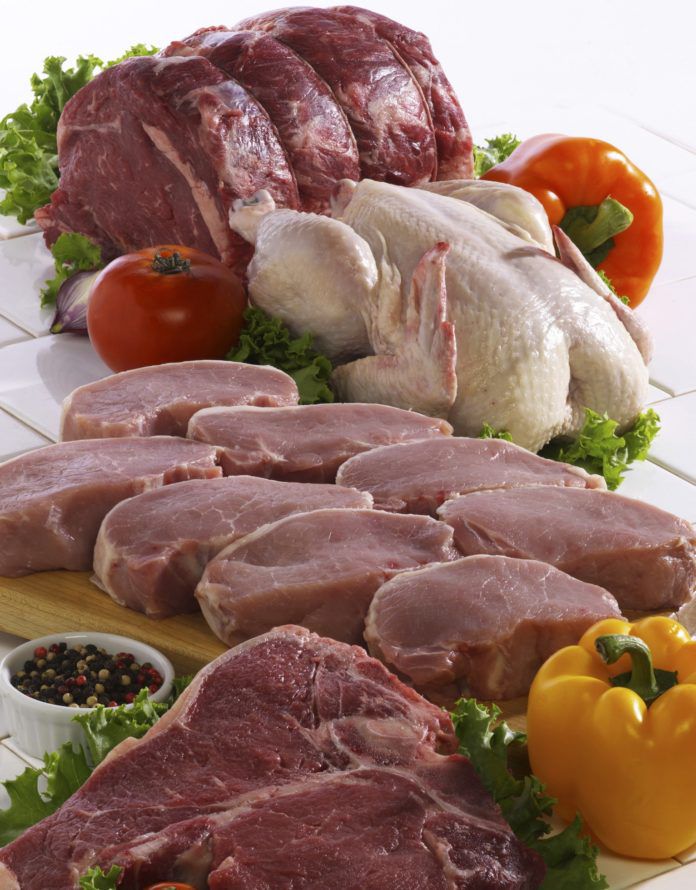 Raw food diets, already popular for dogs, are gaining devotees among many cat owners as well. The idea is to mimic as closely as possible the ancestral diet that the wild ancestors of domestic cats evolved on: freshly-killed prey, eaten raw. Proponents believe this approach makes for healthier cats. But a growing chorus of health professionals is raising red flags about raw food diets (RFDs).

“We advise our clients that there is no evidence that raw diets have benefits over cooked diets — but there is a lot of evidence of potential harm to the cat and the family,” says Cailin Heinze, M.S., V.M.D., who is board-certified by the American College of Veterinary Nutrition and an assistant professor in the Department of Clinical Sciences at Tufts Cummings School of Veterinary Medicine. “We recommend against feeding them for both pet and human health reasons.”

RFDs are primarily made up of uncooked meat, wild or farm-raised. Some people prepare them at home, but many others purchase them fresh, frozen or freeze-dried. Proponents claim health benefits such as more energy, fewer allergies, better immunity, less dental disease, fewer parasites and better breath. But the evidence for these benefits is almost entirely anecdotal, says Dr. Heinze, adding, “We have clients who come in all the time who feed their pets raw food — complaining of the very issues that the Internet says raw diets will prevent.”

Do RFDs have benefits?

“Pretty much the only benefit that has been shown in an appropriate clinical study is increased digestibility,” says Dr. Heinze. The problem with that research, however, is that raw food was compared to kibble, so the digestibility differences may have been due to a different fat/carbohydrate/protein mix and how these nutrients interact with each other during the extrusion (cooking) process used to make kibble. “In one study, raw food was more digestible than dry pet food, but when the researchers took the same raw ingredients and cooked them, they were just as digestible as when they were raw. There’s nothing magic about the food being raw.”

The idea that raw diets are “natural” and thus superior has also been criticized. “There’s an assumption that whatever cats eat in the wild is appropriate for feeding them in captivity,” says Dr. Heinze. But cat genetics have actually changed in the 10,000 years since they were first domesticated. “Wild ancestors of modern cats have different genetics, a much shorter life span. They get a lot more exercise and so they have higher energy needs. Moreover, what is natural is not always better — nature is a rather cruel place to be. We want our pets to live longer, healthy lives.”

Unfortunately, RFDs can hurt your cat in several ways:

Nutritional inadequacy. “In theory, you could make a raw diet that is nutritionally adequate,” says Dr. Heinze. But many raw diets are not. One study looked at a raw diet composed of whole ground rabbit, “but they had to stop it because the cats were dying of taurine deficiency.” Taurine is an amino acid (a building block of protein) that is essential for cats.

Other deficiencies have been reported as well. Dr. Heinze remembers a kitten with multiple fractures due to calcium deficiency. “The kitten was being fed raw bone meal, but the calcium in the bones apparently wasn’t bioavailable.” That is, the kitten’s body couldn’t actually use the calcium.

Blockages. “We’ve seen cats as well as dogs with blockages in the intestines formed from ground bones — it’s almost like cement in the gut.”

Food-borne illnesses. This is by far the greatest threat, not only to pets but also to children, adults and other pets they with whom they come in contact. A recent FDA study of raw dog and cat pet food found that out of 196 samples, 36 were contaminated with the illness-causing bacteria Listeria, and 15 with Salmonella. Only one dry cat or dog food sample (out of 240) was contaminated. “I’ve had pet owners tell me that there’s just as much risk with dry foods,” says Dr. Heinze. “But when you look at the data, the rates of contamination in raw foods is > 20 times higher.”

Food-borne illness in cats, just as in humans, can result in vomiting, diarrhea, reduced appetite, weight loss and even potentially fatal systemic infections. The risk extends to family members, too. “A cat fed a raw diet poses a greater risk of making family members sick than a cat fed a commercial diet,” she says.

Some RFD manufacturers have responded to the contamination risks by pasteurizing raw foods. “High-pressure pasteurization may be safer than doing nothing — it’s probably better than not doing it — but we don’t know enough at this point,” says Dr. Heinze.