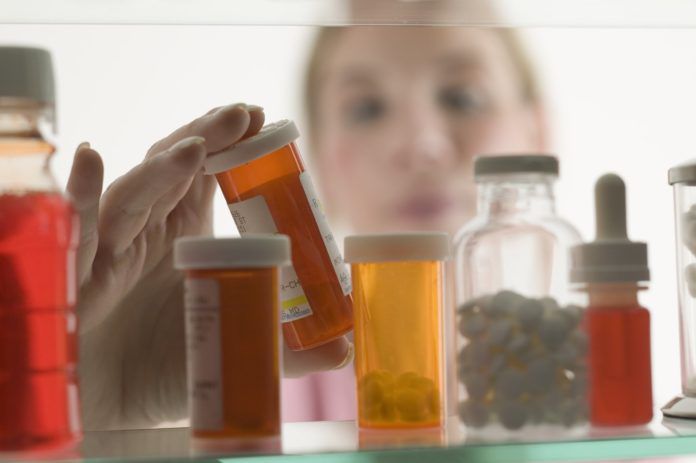 Has your cat, within the past hour or so, become suspiciously sluggish and lethargic? Is she drooling, vomiting or walking unsteadily? Has her breathing suddenly become heavy and strained? If so, you’ll be wise to contact your veacterinarian without delay or, better yet, to rush the cat immediately to the nearest veterinary clinic.

Although the disturbing signs that she’s exhibiting may be associated with a wide range of feline diseases, they can instead indicate that she’s accidentally consumed something poisonous — in which case she may need to receive emergency medical treatment.

According to Elizabeth Rozanski, DVM, associate professor of emergency and critical care in the Department of Clinical Sciences at Tufts, feline poisonings are seen “fairly often” by her and her colleagues. “Toxicities are relatively common,” she says. “At our emergency facility, we may treat as many as three in a single day. On average, I’d say that we probably treat one case of feline poisoning every other day or so, and we see more cases in the summer months than in the rest of the year due to toxicity resulting from treatment with certain flea products.”

In most cases, cats showing the clinical signs of poisoning have ingested substances that are commonly found in the living area, garage, basement or backyard of the typical home. The toxic agents range widely, from antifreeze to human medications and certain houseplants. According to records maintained by the American Society for the Prevention of Cruelty to Animals (ASPCA), the list of potentially toxic household substances seems endless. The organization’s Animal Poison Control Center hotline receives well over 100,000 phone calls annually concerning substances that might be poisonous. Many of the calls are from people who fear that their cats have ingested a toxic substance and who are seeking guidance regarding emergency treatment.

Following are some of the substances commonly found in or near the home that are poisonous to cats and have been most frequently asked about in recent years by worried callers to the ASPCA hotline:

Household cleaners, including bleach, detergents, and disinfectants, which can cause severe gastrointestinal and respiratory distress if swallowed by a cat;

Common indoor and outdoor household plants, especially lilies, but also such plants as tulips, foxglove, azaleas, rhododendrons, sago palms, philodendrons, kalanchoe and schefflera (Dr. Rozanski points out that some plants referred to as lilies are not “true lilies” — such as the calla lily and peace lily — and are not toxic to cats.);

Insecticides, especially those potent products that are intended for use in killing fleas, ticks and other insects on dogs but not on cats;

Veterinary medications, such as deworming medications, antibiotics, anti-inflammatory drugs and nutritional supplements, which can be toxic to a cat if improperly dispensed;

Rodenticides, chemical substances that are designed to poison mice and rats but may be harmful if ingested by a cat, although Dr. Rozanski notes that cats will almost never ingest such substances;

Human foods, such as avocados, onions, garlic, yeast dough and drinks containing even a tiny amount of alcohol;

Heavy metals, such as zinc, lead and mercury, which may pose a severe health threat if ingested or inhaled;

Gardening products, such as fertilizers, which can cause severe gastric upset and possible gastrointestinal obstruction if ingested;

Chemicals, such as ethylene glycol antifreeze, paint thinner and swimming pool cleaning agents, which can cause burns on an animal’s skin and potentially deadly respiratory disorders if ingested. (Among these chemicals, says Dr. Rozanski, antifreeze is “particularly deadly.”)

The lethal potential of these and other toxic substances depends on several factors, such as the inherent potency of the substance; the amount of it that is inhaled, ingested or in some other way enters a cat’s system; the age, size and overall health of an affected animal; the way in which the poisonous substance is metabolized; and the toxin’s persistence in a cat’s immediate environment.

While all of the substances cited by the ASPCA pose a potentially vital threat to a cat who ingests or otherwise comes in contact with them, Dr. Rozanski says that three of the substances are responsible for the great majority of feline poisoning cases diagnosed at Tufts. They are: topical antiflea products containing permethrin, an insecticide that, if absorbed in high concentration, can be fatal to cats; the pain-relieving drug acetaminophen (an ingredient in Tylenol, for example), which is intended for use by humans; and any plant in the lily family, one of the most popular of all decorative household plants.

Be careful with flea products

Dr. Rozanski points out that many flea products containing permethrin are “spot-on” products that are applied between the shoulder blades of an animal. “It’s very toxic to fleas,” she says, “but it’s safe in proper concentration for dogs and cats. In high concentrations, however, it can be toxic to cats. They can’t metabolize it efficiently, and they’ll have very severe tremors if they ingest it — and they can die from that.”

Although a cat can ingest excessive permethrin by licking it from the coat of a friendly dog, she says, most cases of feline permethrin poisoning result from an owner’s accidentally applying a product meant for a dog to the coat of a cat. She recommends, therefore: “Keep the cat away from the dog for at least 24 hours after you apply one of these spot-on flea-deterrent products to your dog. And be sure that you never use a flea product on your cat that was developed for dogs.”

As for acetaminophen, which can cause severe liver damage in a cat as well as reduce the oxygen-carrying efficacy of an animal’s red blood cells, she notes that poisoning typically occurs in one of two ways: “Sometimes people will accidentally drop a pill onto the floor and the cat will come along and eat it,” says Dr. Rozanski. “Or else, the owner will think that a low-dose baby Tylenol will be safe to give a cat that has somehow injured herself… but that’s not true. Even a tiny amount of acetaminophen can be toxic to a cat.”

And regarding the threat posed by ingesting all or part of a lily plant, she says: “All flowers in this family — Easter lilies, stargazer lilies, tiger lilies, and others — smell good and look classy, but are toxic to cats. If you see your cat munching on a lily and you bring her to us right away, we can get her to vomit and she’ll probably be okay after 48 hours on intravenous fluids. But if you didn’t know she was eating a lily and you don’t bring the cat to us immediately, her kidneys will probably have stopped making urine, and in almost all cases, that’s fatal.”

“If you know that your cat has swallowed a pill or chewed on a poisonous plant, don’t waste time trying to induce vomiting — there’s no safe way to do that at home. Call your veterinarian or an animal poison control center for advice. In some cases, you may have nothing at all to worry about, but in other cases you will need to get to the hospital as soon as possible. Remember to take along a sample of what you think the cat ingested, such as a pill bottle or the name of the plant.”

“If you realize that you’ve used the wrong flea product and the cat hasn’t shown any signs of poisoning, give her a bath with a mild dish detergent soap and take her to an emergency care facility.”

Animal poison control services can provide useful up-to-date information about specific poisoning agents, says Dr. Rozanski. She suggests that an owner who suspects that a cat may be showing signs of poisoning might want to call either the ASPCA’s poison control center at 888-426-4435 or a 24-hour service called Pet Poison Helpline at 800-213-6680. Although a charge will be associated with such a call, she points out that “the prompt and accurate information you receive may save your cat’s life.” — Tom Ewing