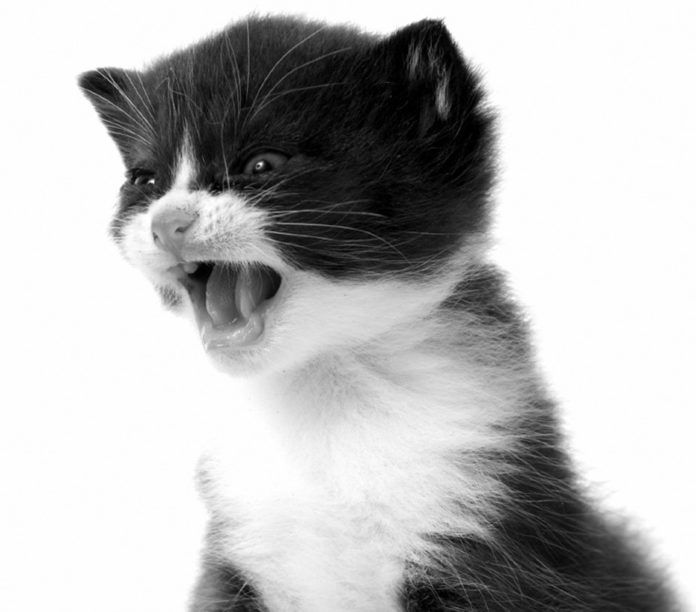 Spring marks kitten season and a peak time for adoption at local animal shelters. Feline experts urge owners to ensure kittens are spayed or neutered and that they sport two forms of identification: collars and microchips.

Many pet owners don’t know that cats can become pregnant before they’re a mere six months old, so the American Association of Feline Practitioners has issued a position statement urging veterinarians to sterilize kittens early – it can be done safely as early as 6 weeks to 14 weeks of age, though it’s up to the veterinarian to decide the best time for each kitty, AAFP advises.

Some studies suggest neutered animals may live longer than intact pets, according to AAFP, citing a 2002 article in the journal Clinical Techniques in Small Animal Practice. Health benefits of early neutering include prevention of diseases of the uterus, ovaries and testes and reduced risk of mammary carcinoma, other studies state.

Behavioral problems such as roaming, urine marking, fighting, inappropriate urination, unique behaviors of estrus and aggression are eliminated or decreased by early neutering, AAFP says, adding that early spay-neuter is endorsed by several organizations including the American Veterinary Medical Association, American Animal Hospital Association, ASPCA and the Humane Society of the United States.

“Pet overpopulation continues to be an overwhelming problem in the United States with an estimated 3 million to 4 million cats entering animal shelters every year,” according to AAFP, “and of these, almost 75 percent are euthanized.” Read the position statement at http://bit.ly/spaying or www.catvets.com.

Even indoor kittens need proper ID
An important way to ensure your kitten is safely reunited with you should she slip out the door is to have her wear identification that includes your contact information. But what form of identification is better — a microchip or an ID tag on a collar? Answer: Actually, both together, according to a study of 538 pet cats published in August 2010 in the Journal of the American Veterinary Medical Association. That’s because collars are visible to anyone who finds a lost cat, while microchips serve as vital backups when collars go missing.

The study — by researchers at the universities of Florida, Ohio State, Cornell and Texas A&M — sought to find out what percentage of cats would still be wearing collars and have functional microchips six months after application.

Cats were both microchipped and randomly assigned any of three collar types: plastic buckle, breakaway plastic buckle safety and elastic stretch safety. Result? Six months later, all but one of the 478 microchips scanned at the study’s conclusion worked fine. And 73 percent of the cats (391) still wore collars, though the number of times the collar was reapplied was an important factor predicting success. Eighteen cats had caught a forelimb in the collar during the study period or caught their collar in their mouth or on an object.

Researchers concluded that all cats should be microchipped and wear collars since even indoor-only cats can become lost. Check the collar often to make sure it fits correctly, researchers advised. The study was supported by the Humane Society of the United States, PETCO Foundation, and Schering-Plough HomeAgain, a pet-recovery service that relies on microchips to find missing pets.