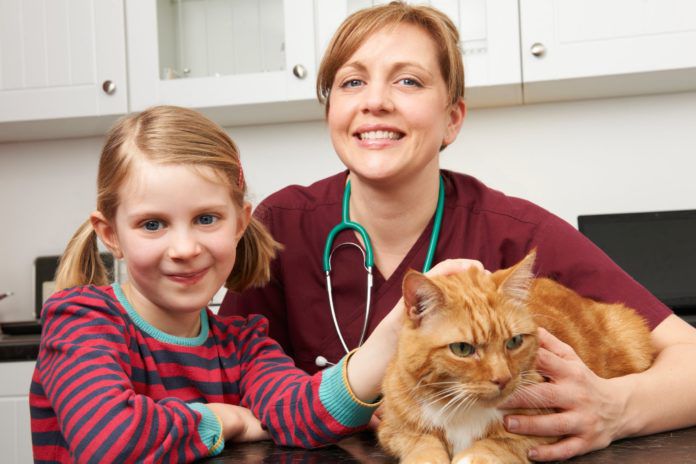 Cats are masters at hiding pain and illness, which can make it difficult for their owners to recognize that something is amiss. However, owners should become concerned when they observe persistent subtle changes in their cat’s behavior such as eating less, sleeping or hiding more than usual or reduced interest in playing or socializing.

Obviously, it is both impractical and costly for owners to bring their cat to the veterinarian every time they suspect something is wrong. Rather than waiting to see what develops, learning how to recognize the difference between a bored or finicky cat — and a cat that needs prompt veterinary attention — is crucial.

There are many signs owners can recognize that indicate that a cat is seriously ill or injured and requires immediate emergency veterinary attention. These are signs that should never be ignored. We reached out to internal medicine specialist Arnold Plotnick, DVM, so he could share his advice for recognizing feline veterinary emergencies.

Repeated trips to the litter box or straining to urinate

However, Dr. Plotnick stresses that male cats can become obstructed. While this almost never happens in females, it is life-threatening in males. Similar to cats with bladder inflammation, a male cat that is obstructed will go into the litter box and strain, but will not produce any urine.

Dr. Plotnick urges male cat owners to always “err on the side of caution. Owners should bring him to the vet immediately because failure to promptly relieve an obstruction can result in kidney damage, severe metabolic derangements and ultimately death.”

A common problem in cats is congestion caused by upper respiratory infections. Cats with stuffy noses and sinuses may have audible breathing noises such as snoring, especially when they are asleep. While Dr. Plotnick doesn’t consider this to be a true emergency, these cats should be evaluated by a veterinarian as soon as possible.

However, Dr. Plotnick stresses that, “A cat with labored breathing is a different situation. A cat at rest that is showing significant respiratory effort needs immediate attention.” According to Dr. Plotnick, if your cat is breathing like he just ran around the block a few times, this is not normal and is definitely a cause for concern. Additionally, if there is a little “abdominal press” at the end of each breath, this too is not normal and requires an immediate veterinary examination. Also, cats should never breathe with their mouths open.

Dr. Plotnick strongly emphasizes that if your cat is open-mouth breathing, it is essential to get her to your vet or to the nearest 24-hour veterinary emergency clinic immediately. Some causes for open-mouth breathing include pulmonary edema (fluid within the lung tissue), which is a common sign of heart failure or pleural effusion (fluid between the lungs and chest wall). Because the fluid stops the lungs from expanding fully, it may need to be immediately evacuated in order to give some relief to the cat and to be analyzed to help make a diagnosis.

All cats vomit from time to time. Some common reasons that cats vomit are an abrupt change in diet, hairballs and eating too quickly. However, according to Dr. Plotnick, vomiting may also be a significant sign of illness. Vomiting can be caused by problems in the gastrointestinal system or other parts of the body, including inflammatory bowel disease, food allergies and kidney disease.

“Also, the ingestion of a foreign body can cause an obstruction that prevents food from passing. Cats will vomit food persistently, and may even vomit water,” explains Dr. Plotnick. “Cats can get seriously dehydrated as a result, and the longer the foreign body remains lodged in the intestinal tract, the more potential damage to the gastrointestinal tract can occur.”

Because there are so many potential causes for vomiting in cats, it can be complicated to arrive at a diagnosis. Nonetheless, no matter what the cause, cats that vomit persistently should be promptly evaluated and treated by a veterinarian.

According to Dr. Plotnick, seizures in cats can be divided into neurologic or non-neurologic. Non-neurologic causes of seizures include diabetes, liver disease and low blood calcium. Neurologic seizures can be caused by epilepsy or brain tumors. Seizures in diabetic cats can result from low blood sugar, and therefore an overdose of insulin must be considered. In this case, Dr. Plotnick advises the owner rub some honey or corn syrup onto the gums. This should stop the cat from seizing and return to relatively normal mental activity.

However, the cat should then be taken to a veterinarian immediately for evaluation. Dr. Plotnick stresses that if a cat has more than one seizure in a short period of time or has persistent seizures, he should be seen by a veterinarian.

Metabolic problems such as excessively low potassium, low blood sugar and weakness from anemia, or a problem causing balance difficulty such as a middle ear infection, are just a few of the reasons that cats stagger or stumble. Although some of the causes are fairly benign, some can be extremely serious. Because it’s impossible for owners to know the difference, this is another reason to “err on the side of caution and bring the cat to the veterinarian immediately,” according to Dr. Plotnick.

It can be extremely alarming when an owner discovers some blood in their cat’s urine or stool, or notices small spots of blood on the furniture or bedding. Blood in the urine may be symptomatic of a painful bladder stone. Although this type of bleeding may not require an emergency visit, Dr. Plotnick strongly advises that your cat should be examined by your veterinarian as soon as possible.

However, if there is a substantial amount of bleeding from a wound that cannot be stopped with gentle pressure — particularly if the blood is pulsating from any part of the body — it is crucial to continue to apply pressure and get your cat to a veterinarian immediately.

According to Dr. Plotnick, cats will occasionally sprain a joint or pull a muscle. Generally, this is manifested as a slight limp. Arthritis in older cats is a common cause for stiffness and intermittent limping. Dr. Plotnick suggests that while it is reasonable to wait a day or two to see if the limp is resolving, it is prudent to have your cat evaluated as soon as possible if it persists.

On the other hand, Dr. Plotnick cautions that, “Non-weight bearing lameness is often a sign of a fracture, dislocation or a torn ligament. These are painful injuries that need to be addressed right away. With fractures, the sooner they are repaired, the better the chance that proper healing and restoration of normal function will occur.”

Any symptom that persists for 48 hours or longer

Dr. Plotnick cautions that any symptom which continues into a second day — or gets significantly worse later that day or the next day — should receive prompt veterinary attention. He refers to this final category as a “catch-all selection.”

For instance, if a cat is coughing all day and then into the following day, this cat needs to be evaluated by a veterinarian right away. While two or three episodes of vomiting in one day do require that the owner carefully observes his cat, Dr. Plotnick strongly advises that the cat be seen promptly if the vomiting persists or gets worse. Dr. Plotnick also advises the same for symptoms such as diarrhea, sneezing, poor appetite, limping, a runny nose or eyes. — Jo Singer