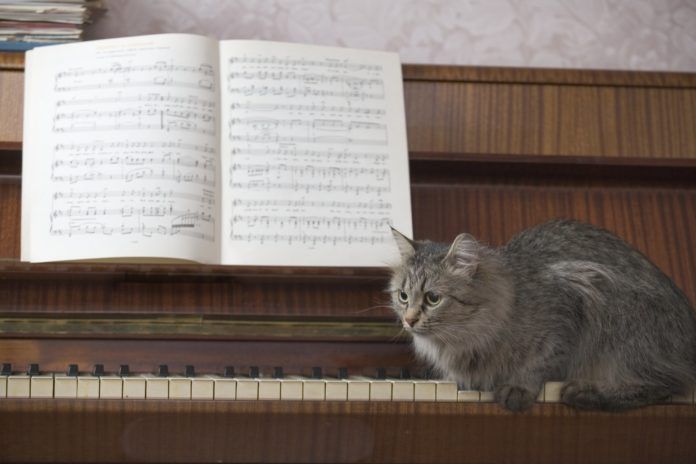 According to a study published in the journal Applied Animal Behaviour Science, cats may ignore human music — but they are highly responsive to music that is written especially for them.

“We are not actually replicating cat sounds. We are trying to create music with a pitch and tempo that appeals to cats,” explains Charles Snowdon, PhD, of the University of Wisconsin, Madison, who is the lead author on the study.

“The first step in making cat music is to evaluate music in the context of the animal’s sensory system. Cats, for example, vocalize one octave higher than people, so it is vital to get the pitch right. Then we tried to create music that would have a tempo that was appealing to cats,” says Dr. Snowdon. “One sample was based on the tempo of purring, the other on the sucking sound made during nursing.”

In the study, Dr. Snowdon and Megan Savage — a PhD student at Binghamton University — went to the homes of 47 cats (27 males and 20 females) and played four musical samples: Johann Sebastian Bach’s “Air on a G String,” Gabriel Faur’s “Elegie” and two ‘cat songs’ created by composer David Teie from the University of Maryland School of Music.

After a period of silence, each type of music was played and the cat’s behavior was noted. Purring, walking toward the speaker and rubbing against it were regarded as a positive response; while hissing, arching the back and erecting the fur were negative.

The cats were significantly more positive toward cat music than classical music, and they began the positive response after an average of 110 seconds, as compared to 171 seconds for the human music.

“The slow responses reflected the situation. Some of them needed to wake up and pay attention to what was going on, and some were out of the room when we set up. The cats showed almost the same number of aversive responses to each type of music,” says Dr. Snowdon.

“We have found that domestic cats are more interested in and responsive to music that was composed with species-appropriate features relevant to cats,” wrote the researchers. “These results combined with others suggest that for auditory enrichment to be effective, the enrichment must contain features that are perceptible to the species that are the target of enrichment.”