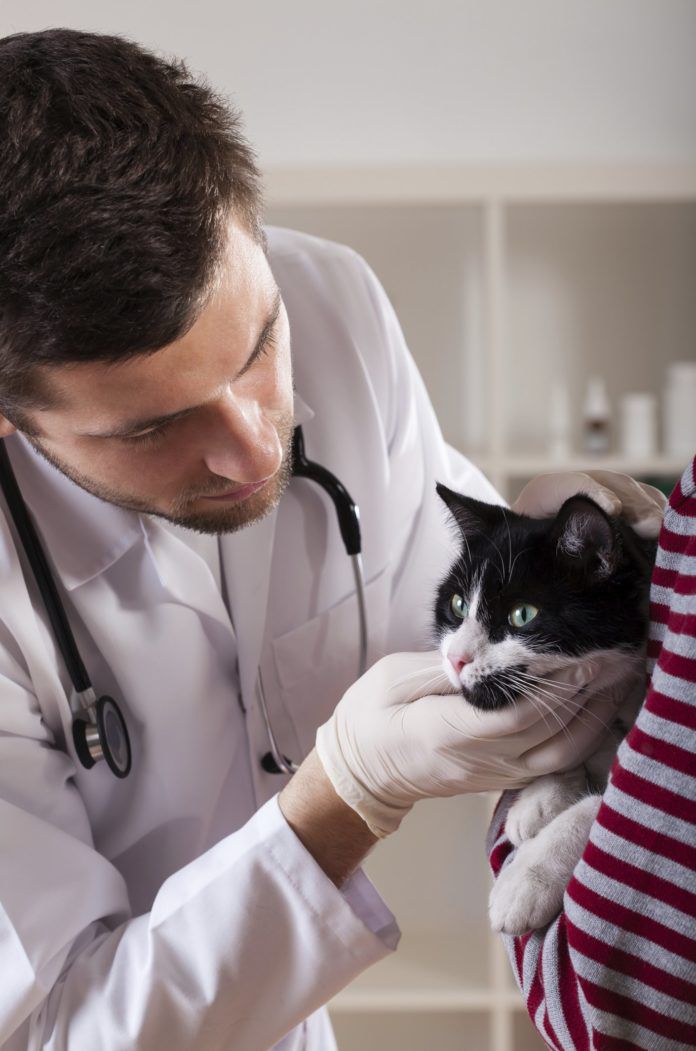 By the time your cat celebrates her eighth or ninth birthday, you can expect to see several age-related changes taking place in her physical condition and behavior. After all, the feline age of nine is roughly equivalent to age of 52 or 53 in humans, and your pet will inevitably start showing signs of aging. Some of these signs will be inconsequential — while others will call for your serious attention and prompt consultation with your veterinarian.

Signs can be confusing

Owners should be aware of an eye condition called lenticular sclerosis, a frequently observed condition that is typically harmless but whose outward signs may be confused with those associated with the onset of cataracts — a potentially blinding ocular disorder.

Lenticular sclerosis — also referred to as nuclear sclerosis — is a disorder involving the lens, which grows continuously throughout a cat’s life. As the lens grows, new structural fibers that develop within its outer region (cortex) replace the old fibers, which — rather than being shed — are compacted within the central region (nucleus) of the lens. Consequently, the dysfunctional central region — eventually packed with the old fibers — becomes increasingly dense as a cat ages and may appear to be bluish-gray in color. The cortex, meanwhile, remains clear and able to receive incoming light rays.

According to Christopher Pirie, DVM, assistant professor of ophthalmology at the Cummings School of Veterinary Medicine at Tufts University, a procedure called retroillumination will reveal that the blue-gray coloration does not indicate an opacity. According to Dr. Pirie: “It’s an optical effect resulting from a normal age-related process that begins to occur in cats at age seven or older. What we’re seeing is the bending of light. The blue wavelength is most susceptible to this bending, so that’s why the lens appears to be bluish or cloudy. Although the disorder is incurable, there’s nothing about lenticular sclerosis that would have a critical impact on vision.”

Nevertheless, the typical cat owner, observing this bluish-gray tint within the eye, might understandably fear that the animal is developing a cataract — a condition in which the lens becomes cloudy or totally opaque.

When a cataract is present, incoming light is impeded, if not totally prevented, from passing to the retina. In some cases, the opaque area is tiny and without consequence. In others, the entire lens may be opaque, in which case total blindness will result in an affected eye.

Lenticular sclerosis, Dr. Pirie notes, is a common phenomenon in aging cats — far more prevalent, he says, than cataracts or other ophthalmic disorders such as conjunctivitis, corneal ulcerations or uveitis.

He urges cat owners to seek veterinary consultation, of course, whenever they suspect the presence of a significant vision problem. If lenticular sclerosis is diagnosed, Dr. Pirie assures owners to understand that “this is not a serious problem — not at all.” —Catnip staff