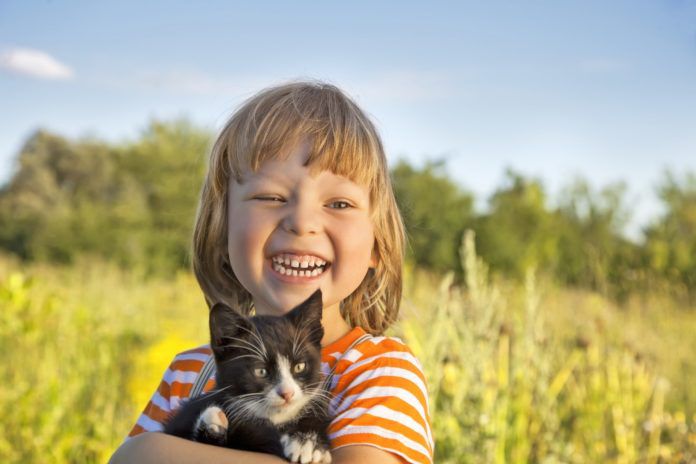 You’ve probably already heard about the Tufts research which has shown that cats who live in households with cigarette smokers are at increased risk for oral and other cancers. It stands to reason. Our anatomy is much more similar than different, with rather closely related respiratory systems that have the same vulnerability to environmental assaults.

But were you aware that both cats and people who develop diabetes are more often than not middle-aged, sedentary, overweight over-eaters? Or that cats, like their human brethren, are prone to traits associated with obsessive compulsive disorder? (Think of wool-sucking and pica, both of which involve sucking on or eating things that do not have any nutritional value.)

How shared health is affected

Research has been accumulating that people and other animals share more physiology and psychobiology than was formerly realized — and also that our shared health is affected by the state of our environment.

But now a conscious effort is being made to bring together leading specialists across a broad group of fields — veterinary and human medicine, the environmental sciences, dentistry and more — to better share knowledge and work together to find ways to improve the overall health of humans, animals, and the planet they inhabit together. It’s called the One Health Initiative.

A kind of think tank, if you will, One Health “encompasses a wide range of issues,” says team member Lisa Conti, DVM, MPH, a veterinarian whose day job is Deputy Commissioner and Chief Science Officer at the Florida Department of Agriculture and Consumer Services. “Central to the concept,” she says, “is the interconnectedness of human, animal and environmental health.”

One Health aims not only to bring scientists under its broad umbrella, but along with educating international and multidisciplinary scientific communities, its goal is to reach political and governmental leaders, the general public, and news media, says Dr. Conti. That encourages a broad-based approach to investigating ways to improve health and well-being has advantages over different specialists working solely in their own separate silos.

How does it work on the ground? The possibilities are myriad. As just one example, the World Small Animal Veterinary Association has created a One Health committee to work on zoonotic diseases — diseases that can spread from cats and other pets to people — and has also placed a new focus on the human-animal bond and on comparative medicine. This will undoubtedly add to the greater body of studies on companion animals included in the One Health framework and yield answers that will improve their health as well as ours.

Dr. Conti notes that she and her colleagues have observed that the One Health concept is taking off in a number of countries. “This is particularly the case in countries where there is a lot of disease,” she says, “and especially when that disease is infectious. That’s when you tend to get many people joining in.”

Consider Kenya. The Kenya County One Health Training group met in September of last year to draft guidelines for multi-disciplinary investigation of outbreaks. A dog ecology study has been conducted, and a National Rabies Elimination Coordination Committee, which states that it “embraces the importance of collaborative efforts aimed at rabies elimination and signifies the importance of adopting One Health based strategies,” has already been formed.

Dr. Conti sees awareness as a first step. “Going beyond awareness, education and action is critical, with professionals considering a systems approach and not feeling compelled to work in a silo.”.

“There is also beginning to be some urgency going beyond awareness, and that’s the education piece of this with professionals considering a systems approach and not feeling compelled to work in a silo,” says Dr. Conti.

Louis Pasteur as an example

Truth be told, One Health is not a brand new concept. The value of cross-disciplinary collaboration was demonstrated by Louis Pasteur in the 1880s when he began his immunology work for humans by preventing disease in animals through a multidisciplinary approach that involved the research of veterinary school professor and researcher Pierre-Victor Galtier.

By building on Galtier’s findings, Pasteur — a chemist and microbiologist — was able to develop a human vaccine against rabies, and found that the pasteurization of raw milk prevented the spread of bacteria-borne diseases, such as dysentary, tuberculosis, polio, scarlet fever and typhoid fever.

Dr. Conti likens the process of transdisplinary collaboration to a clinician describing her work to a mathematician friend who may be able to offer insight from his own field of expertise that brings a project to a new level. “Some of this is a recognition that there are people who have a natural inclination to explore different perspectives, and it’s just putting a name to it,” she says.

“But we want to bump it up a notch, so that those involved recognize that that’s what they’re doing and think about whether adding other disciplines could advance the process. The unifying piece,” she says, “is our belief that we can optimize health.”

“My hope as One Health continues is that the transdisciplinary approach toward fostering optimal human, animal and environmental health becomes second nature,” says Dr. Conti. “A One Health approach is critical to address current and future problems such as food safety and sufficiency, disease control and prevention, and overall wellness.”

For more information, you can visit www.onehealthinitiative.com. — Constance Lindner