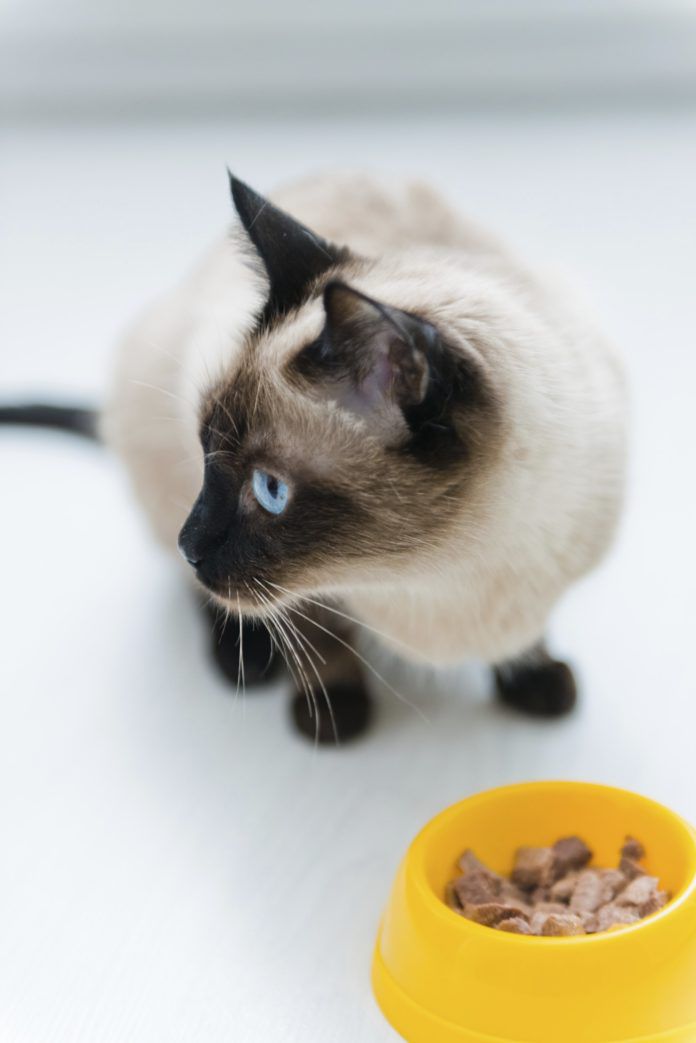 Aging cats are especially prone to a number of diseases, and feline hepatic lipidosis is one of them. Also known as fatty liver syndrome, it’s an accumulation of fats (lipids) in the liver tissue. While the predilection of cats to this disease is incompletely understood, experts theorize that it may result from the way they metabolize proteins and fats. This disease is unique to cats — overweight cats are particularly predisposed — and is one of the most common liver diseases seen in the species.

The normal progression is that an overweight cat stops eating for several days, and lacking food, the body starts to send fat cells to the liver to process into fuel (lipoproteins). Unfortunately, the feline liver is not particularly efficient at processing fat, so much of the fat is stored in the liver cells. If left untreated, the liver will eventually fail and the cat will die.

Signs of Hepatic Lipidosis in Cats

While it remains unclear exactly why this happens, the symptoms are common — an overweight older cat suddenly becomes anorexic (stops eating), loses weight, and may salivate excessively or vomit. The cat becomes lethargic, and may even show signs of jaundice.

However, because anorexia and weight loss are also symptoms of other diseases and health conditions, hepatic lipidosis needs to be accurately diagnosed through tests. A complete blood profile can show increased liver enzymes, and the diagnosis can be confirmed with a liver biopsy performed under light anesthesia.

Treatment for hepatic lipidosis is dietary, and the condition is reversible if diagnosed early. This is done by supplying the cat with enough nutrients to reverse the metabolic malfunction, and is usually accomplished with a feeding tube that is inserted into the esophagus or stomach by your veterinarian.

“The only effective treatment is getting nutrition into the cat,” emphasizes Michael Stone, DVM, clinical assistant professor at the Cummings School of Veterinary Medicine at Tufts University. “Force feeding a cat is stressful (for both the cat and the owner) and is often unsuccessful. A feeding tube is recommended for all cats with fatty liver syndrome. The placement and management of a feeding tube sounds scary to most owners, but I can confidently say that cats don’t mind the presence of a feeding tube and all owners can successfully feed their cat once proper instruction has been given. The tubes are so well-tolerated that we often place them prophylactically to prevent hepatic lipidosis in cats undergoing procedures that could reduce their willingness to eat, such as major oral surgeries.

“The cat is happy, feeding occurs without stress, and when treatment is successful the cat will eat on his own (the tube doesn’t inhibit the cat’s natural appetite). Successfully getting nutrition into the cat is key to the survival of cats with fatty liver syndrome.”

The cat’s caretaker will feed a small amount through the feeding tube several times a day. After a few weeks of tube feeding, the cat is likely to regain his appetite and eat on his own. However, tube feeding may need to be continued for up to six to eight weeks, until the cat’s appetite has returned.

Hepatic Lipidosis is Treatable in Cats

Rarely, hepatic lipidosis may occur in a cat who is being treated for cancer or other serious conditions. This happens because a sick cat often does not feel like eating, though there may be other factors as well. Cats who have advanced symptoms — such as jaundice or seizures — will require hospitalization and intravenous fluids to reverse dehydration. It’s important for cat owners to realize that hepatic lipidosis can be readily treated. But when left untreated, the disease progresses rapidly and is always fatal.

“It’s a vicious cycle,” says Dr. Stone. “The cat stops eating, which causes the liver to become dysfunctional, which prevents the cat from eating, which worsens the liver damage, and the downward spiral ensues.”

Even if a cat has not yet developed hepatic lipidosis, sudden weight loss and a diminished appetite need to be taken seriously, and the cat should be coaxed to eat in any way possible (see sidebar on this page for some good ideas). In a multi-cat household, “Be sure each cat is eating every day,” emphasizes Dr. Stone. “If a cat doesn’t eat for 24 hours, it should be examined by a veterinarian.”