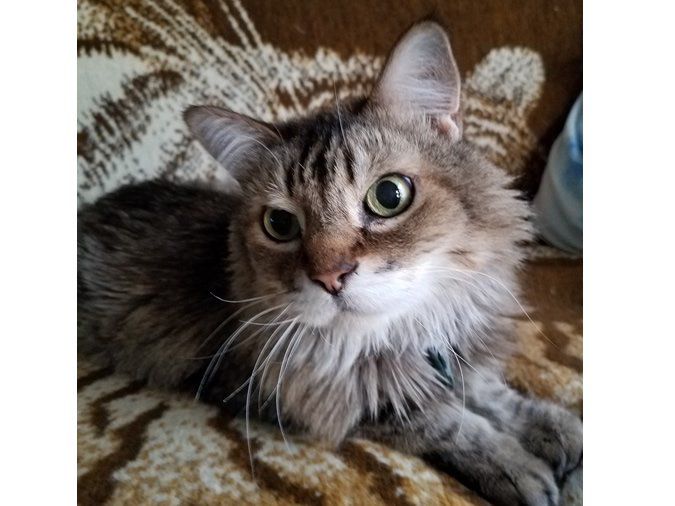 Fortunately, the vast majority of newborn kittens come into the world with all of their body parts intact and all of their vital systems functioning properly. Sadly, however, there are notable exceptions — kittens afflicted with a congenital disorder like cerebellar hypoplasia (CH for short), a relatively rare neurologic condition that is alarmingly evident when it does occur.

At birth or shortly thereafter a kitten afflicted with this disorder will typically be unable to rise gracefully and walk steadily on all four of her paws; at worst, a kitten who is severely affected with CH will be completely — and permanently — unable to stand up and walk.

CH occurs when a comparatively small but vitally important segment of a kitten’s brain, the cerebellum, fails to develop properly in utero, during the months prior to the animal’s birth. Since the cerebellum is the part of the cat’s brain that controls her motor skills and coordination, its stunted development will inevitably lead to the animal’s underdeveloped mobility, typically characterized by a wobbly gait.

The possible causes of CH

The condition has several potential causes. The mother cat, for example, might have experienced severe malnutrition, poisoning or physical trauma during pregnancy. However, the most common cause by far is infection of a pregnant female cat by the panleukopenia virus, which can disable one or more of the kittens she is carrying.

According to Ane Uriarte, DVM, assistant professor of neurology and neurosurgery at the Cummings School, the occurrence of CH is “fairly uncommon” overall in the U.S. “But this depends on the location,” she points out. “In areas with a high population of indoor cats who are routinely vaccinated against panleukopenia, there will be a lower incidence of the disorder. In areas with a higher population of feral cats who are not vaccinated, there will be more cases.” There are no risk factors that predispose a kitten to the disorder, she notes; the affliction does not affect a kitten’s life expectancy; and all breeds are equally susceptible to it.

Kittens afflicted with CH will typically show indications of the condition at birth or shortly thereafter. The clinical signs will vary according to the severity of the infection. Kittens with mild cases tend to have moderate difficulty walking and are likely to waddle when doing so. They will occasionally lose their balance and fall. However, they will still be able to get around, run, jump and negotiate stairs. Moderately affected cats can walk short distances but will do so with their legs noticeably splayed and will frequently lose their balance and fall.

Severely affected cats will be unable to stand or walk or go up and down steps. They will be able to get around only by flopping their bodies. These cats will also have frequent if not constant head tremors.

A diagnosis of CH can be confirmed by means of MRI imaging when a kitten reaches the age of two or three months. Such imaging, says Dr. Uriarte, will show that the young animal’s cerebellum is abnormally small or that part of it is missing. Nevertheless, she notes, “Such a cat should not be put to sleep. CH has a very good prognosis — it’s not going to get any worse over time. The cat will learn to compensate for her disability and live with her handicap. Cats with this disorder can have a very good life.”

According to Dr. Uriarte, there are several ways in which an owner can help a CH-affected cat live a long and happy life. Most important, she advises: “Try to make your home as safe and as comfortable as possible for the animal so that she can walk around without stumbling into things. I don’t recommend letting her go outside alone because she may not be very good at defending herself. If she really wants to go out, you should accompany her in case she encounters an unfriendly cat or a dog.”

Ways to help your cat

In this regard, she points out, putting a leash on the cat might be helpful. Following are additional suggestions that may be beneficial, depending on the severity of a cat’s physical condition:

Why exercise is important

It is most important, Dr. Uriarte says, for owners to make sure that a cat with CH gets abundant exercise. “These cats need to be encouraged to move and to do things every day that require the use of their paws,” she notes. “By playing with her owner, a cat will get better because she will adapt and learn to compensate for her condition, which will require her to use other parts of her brain.

“She’ll want to play and chase around the same as a normal cat — she’ll just be a little bit clumsier. She may not be able to jump around and do all of the things that she wants to do. But she’ll recognize her limitations and learn to be more cautious.”

Overall, says Dr. Uriarte, indoor cats afflicted with CH are well able to take care of themselves. “They compensate amazingly well,” she says. “In the outside world, a cat would have a very difficult time living with a disease like this. But indoors, these cats shouldn’t have many problems — as long as their owners take proper care of them.” — Tom Ewing