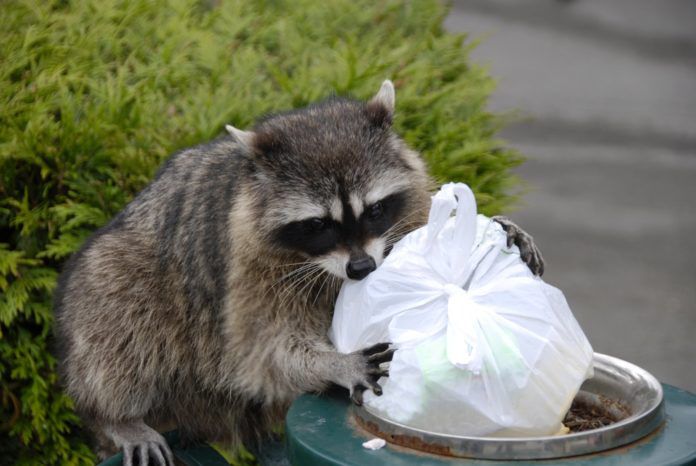 Among all threats to feline health, none is more fatal than rabies. The threat also applies to cat owners who are bitten or scratched by an infected animal. Rabies is caused by a bullet-shaped virus called a lyssavirus, appropriately named after Lyssa, the Greek goddess of rage, madness, fury and frenzy. This microorganism occurs naturally in many warm-blooded animals, most commonly in skunks, raccoons, foxes, coyotes, bobcats and bats. However, notes Orla Mahony, MVB, a clinical assistant professor in the department of clinical sciences at Tufts, the virus can affect all warm-blooded animals, including domestic dogs and cats that have not been vaccinated.

Rabies is an ancient disease; references to it appear in literature dating back to the third century B.C. However, the biologic basis of the disorder was unknown until the late 19th century, when the renowned French chemist Louis Pasteur showed that rabies is caused by the lyssavirus, which proliferates primarily in the host’s central nervous system. Pasteur’s research eventually led to the development of a vaccine for humans in 1885 and subsequently — in 1921 — to a modification of that vaccine for use in animals.

Transmission of the rabies virus is initiated with the passage of a host’s saliva — most often through a bite but possibly through licking — into an uninfected animal, after which the virus enters an incubation period. This stage of relative inactivity, according to Dr. Mahony, can last anywhere from two weeks to six months, while the virus replicates locally near the site of initial infection.

During this period, clinical signs of disease will not be evident. “But eventually,” she explains, “the infection spreads into the peripheral nervous system, the spinal cord, and eventually to the brain, which is its ultimate goal. Once the virus gets to the brain and replicates, it will spread to the rest of the body, to just about any organ. One target is the salivary glands, and that’s how it gets into saliva.”

The manifestations of rabies infection — ultimately a disease of the central nervous system — occur in three phases: prodromal, furious and paralytic (or dumb). In the prodromal (early) phase, an infected cat is likely to appear nervous and may run a high temperature. While some affected cats will be uncharacteristically hostile and aggressive during the prodromal phase, others may be surprisingly affectionate. In general, the prodromal phase will last for only a day or two, after which the disease will move to either the furious or dumb phase.

The early signs of the furious stage include anxiety, confusion, delirium, apparent hallucination, dilated pupils, howling, insomnia and unprovoked viciousness. Most notably, an infected cat may try to bite any animal or human who approaches — including the cat’s owner. In addition, rapid breathing through the mouth may cause frothing and drooling of saliva. In nearly all cases, an infected cat will then enter a paralytic stage and die within 10 days after the onset of the furious stage.

In the so-called dumb stage, the first signs include lethargy, fever, apparent discomfort at the site of the initial infection and a tendency to become inactive and withdrawn. Paralysis of the muscles of a bitten extremity soon sets in, followed by paralysis of other muscles throughout the body. Within days, it will be impossible for the affected cat to swallow; and paralysis of the muscles of the lower jaw may cause it to droop. Death due to respiratory failure is likely to occur soon afterward.

Regarding transmission of the disease, Dr. Mahony notes that a rabid cat can become highly contagious when the disease reaches the point at which the virus resides in the animal’s saliva. “And this is especially dangerous,” she says, “if the cat has reached the stage when he might scratch or bite.” Given the threat that rabies infection poses both to cats as well as their owners, she stresses, vaccination against the disease is vitally important.

Although laws regarding the frequency of rabies vaccinations vary among states and localities, veterinary experts and public health officials currently recommend that all cats be vaccinated against rabies at three months of age, again at one year and every three years thereafter. Cat owners are urged to discuss the specific regulations regarding feline vaccinations in their regions with their veterinarian. In some areas of the U.S., owners may be subject to heavy fines for failing to have their cats vaccinated for rabies on schedule.

According to the Centers for Disease Control and Prevention (CDC), cat owners can combat the spread of rabies by taking the following steps:

Supervise your cat so that it does not come in contact with raccoons, skunks or other common carriers of the rabies virus.

Keep a current record of vaccination schedules for all of your cats.

Seek immediate veterinary consultation if your cat is bitten or otherwise wounded by another animal. If the wound was inflicted by a familiar animal in the immediate neighborhood, contact the owner to determine the vaccination status of that animal.

Call your local animal control agency to have stray animals removed from your neighborhood.

Keep your yard and driveway free of litter and unsealed garbage cans that may attract raccoons, skunks and other roaming animals that might be carrying rabies.

In addition, owners are urged to warn children against handling unfamiliar cats, dogs or other animals, even if they appear to be healthy and friendly.

The seriousness of this matter cannot be overstated, says Dr. Mahony. “Today,” she emphasizes, “the disease is at least three times more frequently diagnosed in cats than it is in dogs.” — Tom Ewing