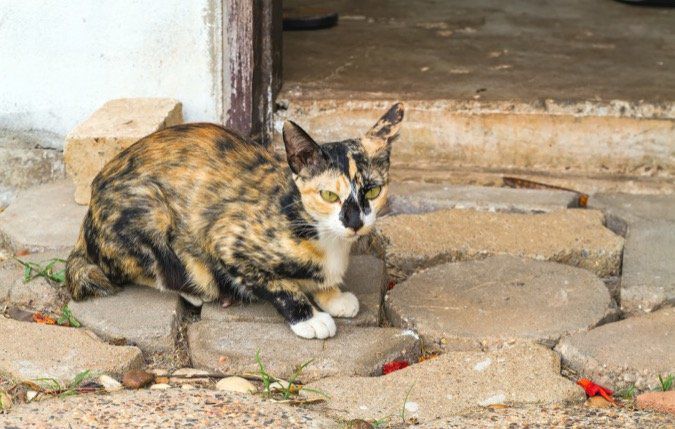 Although two submicroscopic organisms — the feline leukemia virus (FeLV) and the feline immunodeficiency virus (FIV) — differ from one another in a number of significant ways, they have one very important characteristic in common: Infection with either of them can cause a cat’s premature death.

Unfortunately, such infections are by no means rare. In fact, recent studies indicate that, in addition to affecting an unknown but presumably vast number of feral cats, somewhere between two percent and four percent of the estimated 96 million domesticated cats in the U.S. carry one or both of these viruses.

Decrease in FIV and FeLV

“Occurrences of both FIV and FeLV have decreased noticeably over the past few years in many parts of the U.S.,” says Dr. Stone. “This decline is probably due to widely-used diagnostic screening tests for the two disorders and the subsequent euthanizing of many of the cats who test positive for either of these infections.”

Among the most frequently diagnosed FeLV-caused conditions are lymphoma (cancer of the lymphatic tissues); leukemia (cancer of the bone marrow and circulating white blood cells); and anemia (a deficiency of red blood cells). Immune deficiency resulting from FeLV infection may also diminish a cat’s ability to ward off infection with bacteria, protozoa, fungi, and viruses.

A cat who is carrying FeLV may show signs of one or more of these disorders, although it may take many months or years for some of the associated diseases to become evident.

As for FIV infection, the most commonly observed clinical signs include inflammation of the mucous tissue of the oral cavity, inflammation of the middle layer of the eye (uveitis), and various cancers. Other frequently seen signs include chronic skin infections, gastrointestinal upset and persistent diarrhea, urinary system problems, respiratory tract infections, neurologic disorders, and, in females, reproductive failures such as spontaneous abortion.

Some infected cats experience recurrent illness interspersed with periods of relatively good health. In some cats, susceptibility to opportunistic diseases increases progressively as the animal’s immune system is repeatedly challenged by successive episodes of illness.

Diagnosis of FeLV is based on a cat’s medical history, clinical signs and the results of tests to determine whether the virus is present in an animal’s blood. A positive test will identify the presence of FeLV particles in a cat’s blood. Two types of tests commonly used for this purpose are (1) an enzyme-linked immunosorbent assay (ELISA), which can be conducted in a veterinary clinic and is routinely carried out as the initial FeLV screening test; and (2) an immunoflourescent assay (IFA), a confirmatory test that, because of the technology required, must be done at a commercial laboratory.

FIV is diagnosed differently: antibodies directed against the virus — rather than the virus itself — are detected by the test. These anti-FIV antibodies are produced during the normal immune response to a viral infection. Once cats have been vaccinated against FIV, Dr. Stone points out, the antibody test is no longer useful, since the test cannot distinguish between antibodies produced as a result of infection and those produced following vaccination.

A test for both

In addition, a combination assay for FeLV and FIV — called the IDEXX Combo test — has been routinely used by veterinarians. The assay is relatively inexpensive, can be performed in a local clinic, and can be completed in a matter of minutes — while the owner waits.

Basically, the assay kit consists of a small piece of filter paper impregnated with various dots of test material: FeLV and FIV positive controls, a negative control, an FeLV sample test spot, and an FIV sample test spot. When a few drops of a cat’s blood, serum or plasma are put on the paper, either a change in the color of the various dots — or no change at all — will indicate whether or not the animal is harboring one or both of the viruses. Various other commercial kit tests that use similar technologies are available for veterinarians to use in their clinics.

“In general, these tests are quite accurate. Unfortunately, there are some drawbacks associated with all of them. For instance, a cat that has been vaccinated against FIV may test positive for the virus although she’s not actually infected. And many cats may transiently test positive for FeLV but will completely eliminate the infection within four to eight weeks,” explains Dr. Stone. “In either situation, a pet shelter may not be equipped to provide options other than euthanasia.”

At present, several vaccines to prevent FeLV infection are known to be effective. With rare exceptions, all cats should be vaccinated against FeLV as kittens (around eight or nine weeks of age) and then given a booster shot about a month later and additional booster shots annually as long as the threat of infection remains.

As for FIV, a vaccine has been developed, but its efficacy against all strains of the virus is not yet known. Nevertheless, vaccination against FIV should also begin when a kitten is eight months of age or so, followed by booster shots a few weeks thereafter and additional booster shots annually.

When should you test?

According to guidelines by the American Association of Feline Practitioners, FeLV and FIV testing should be done if a cat has never been tested previously, if she routinely spends time outdoors, if she has been exposed to cats that may be infected, if she is newly adopted and her vaccine status is unknown, or if she comes in contact with cats whose FeLV or FIV vaccination status is unknown.