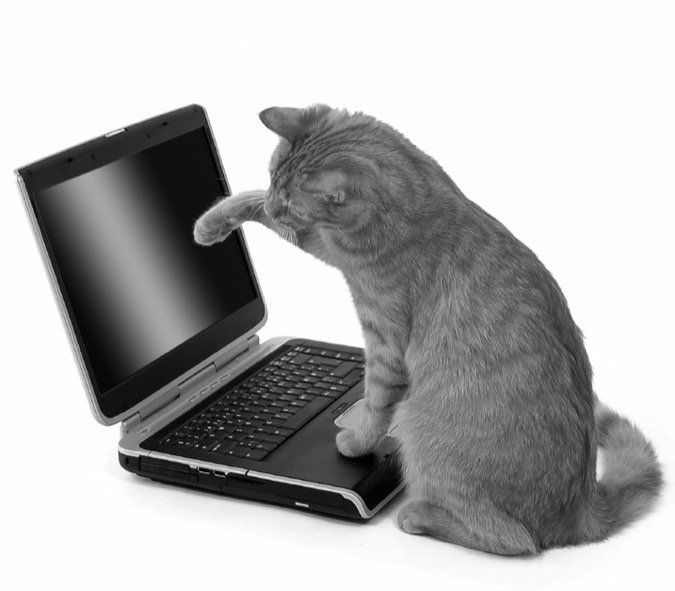 As a feline veterinarian and enthusiastic traveler, I try to combine my two passions —cats and travel — whenever possible. I succeeded in the Netherlands when I visited the Poezenboot, a floating cat shelter docked on Amsterdam’s Singel canal. My luck continued in Burma, where I visited a Burmese Cat Sanctuary on Inle Lake. And fortune struck again recently in Puerto Rico, as I came upon Save A Gato, a volunteer organization run by a dedicated group of cat lovers that cares for the abundant feral cats of Old San Juan.

The organization was founded in 2004, with the cooperation of the National Park Service. Save A Gato helps to feed, house and provide medical care to stray and feral cats in Old San Juan, primarily through the use of TNR (trap-neuter-return). With this program, cats are humanely trapped, spayed/neutered, vaccinated, treated for any other ailments they might have and then released back into the colony.

Irma Podesta, the president of Save A Gato, explained to me how the organization works. Once cats are trapped, they are brought to their headquarters where they are housed until they can be examined by a veterinarian, and then spayed or neutered (trips to the veterinarian occur weekly). The facility is a small pink one-story building they refer to as “Casita.”

Casita’s walls are lined by cages occupied by healthy kittens and adult cats, as well those that might need medical attention. Very young kittens are housed at Casita until three months of age before being taken to the vet for spaying/neutering. The cats deemed potentially adoptable are then sent to PetSmart or PetCo, where the adoptions occur. The cats that are not adopted after six months are returned to Save A Gato, where they are assimilated into the colony that roams freely around the facility.

It is this free-living colony that first grabs your attention when you arrive at Save A Gato. Dozens of cats colorfully dot the landscape surrounding Casita, sleeping, sunning and grooming.

On my visit, I met two volunteers, Maggie and Aracelis, who took time from their busy shift (feeding and cleaning is an endless task) to show me around and introduce me to the caged cats as well as some of the more colorful, charismatic members of the colony. Being that it was close to mealtime when I arrived, I had the pleasure of helping to feed the group.

I asked Irma if cats are ever adopted right from Casita. “We’re not set up as a shelter,” emphasized Irma. “We provide PetSmart and Petco with cats for adoption. The cats you see living around here are permanent residents.” Occasionally, she’ll get a request for one of the colony cats, and she does place some into homes. It’s a shame that Save A Gato doesn’t currently have the resources to serve as a shelter because the resident cats I met are very socially well-adjusted and super friendly.

As you can imagine, the cost of doing business is significant. In addition to food, litter, medicine, rent and building upkeep, there’s the cost of the TNR. To spay or neuter a cat costs the organization $45. Irma wisely insists on vaccinating the cats against rabies, which is an additional $15. She also tries to test all cats for the feline leukemia virus (FeLV) and the feline immunodeficiency virus (FIV), which adds another $25 to the bill. The total cost for each cat approaches $85.

As a veterinarian, I was heartened to see the cats at Casita being doted upon. The vast majority of the colony cats looked to be in fine shape. Most of the caged cats were healthy kittens too young to be spayed or neutered.

One of Save A Gato’s main activities is to provide and maintain the numerous feeding stations that are set up around San Juan, mainly along the Paseo del Morro Recreation Trail. This is a walkway that runs along the western edge of the city, along the waterfront that overlooks the San Juan Bay. Volunteers clean and refill the feeding stations using a golf cart to get from one station to the next, but the aged golf cart is in serious disrepair. This, Irma said, was now Save A Gato’s most pressing problem, and the organization has been raising funds for a new cart.

The day after my visit to Save A Gato, I took a stroll along the Paseo del Morro trail. I soon spotted numerous feeding stations along the side of the trail. Behind the feeding stations were clusters of bushes, and a closer look reveals numerous cats looking back at you, some brilliantly camouflaged in the foliage, resting or sunning. Some were fearful of people, but many were friendly, prancing over readily when called. Although it’s tempting to think of these cats as strays, it’s a bit more nuanced than that. Some are feral and will never be friendly to or comfortable around humans. Others are sociable and affectionate — not quite strays, but not quite pets either. They’re part of the San Juan community, and they are recognized as such by the populace.

I witnessed a similar situation when I visited Istanbul, where the free roaming cats weren’t owned by anyone in particular, but were casually looked after by residents of the local community. The majority of San Juan residents adore the cats and look out for them. A few residents, though, are frustrated by the sheer number of strays, and they wonder if Save A Gato is in part to blame. Irma refutes this. “In local neighborhoods where TNR is done, the population remains stable. In Old San Juan, increases in the local population aren’t due to a failure of TNR. It’s due to people dumping their cats off at Save A Gato.”

In fact, Irma has stopped giving interviews because the publicity didn’t lead to a significant increase in donations. Instead, it resulted in many more cats dumped at Casita. She still gets a slew of Emails from people asking her to take cats that they can no longer care for. If they are from Old San Juan, she will often accept them, but she can’t extend this beyond Old San Juan’s borders.

If you would like to help Save A Gato, all donations are greatly appreciated. You can visit them at www.saveagato.com.