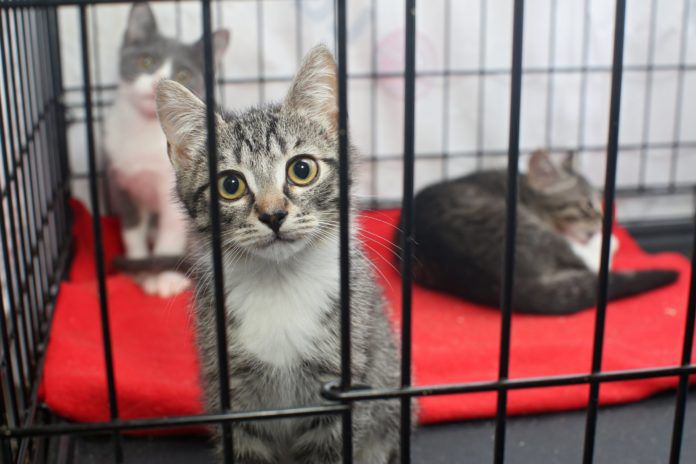 According to the American Society for the Prevention of Cruelty to Animals, millions of feral and unwanted domestic kittens are born each year in the United States. For the most part, these animals are either abandoned or relegated to shelters — and a cycle that often ends in euthanasia.

In light of this sad situation, there are very few good reasons for cat owners — unless they are planning to eventually breed their animals — to not have their pets sexually neutered at an early age. For a female, the neutering procedure typically entails the surgical removal of her ovaries, or her ovaries and uterus. For males, neutering is achieved through castration — surgical removal of the testicles. Both procedures are relatively simple and can be accomplished by most small animal veterinarians. And both are considered safe for kittens as young as six weeks of age.

In relatively rare instances, a cat may not be a good candidate for neutering. For example, says Emily McCobb, DVM, the director of the Shelter Medicine Program at Tufts, “You wouldn’t want a cat with a severe cardiovascular disorder to undergo this type of procedure. Likewise, an extremely old cat who might not do well under anesthesia, although you can safely anesthetize most cats into their teens. But overall, there aren’t many reasons why an owner wouldn’t want to neuter a cat. These are routine, low-risk procedures that most kittens and cats tolerate and recover from very well.”

A variety of health benefits can be gained by a kitten or cat who undergoes a spay or castration procedure. For example, spaying a female prior to her sexual maturity — and the accompanying development of breast tissue — will dramatically reduce her chances of developing mammary cancer later in her life. Another condition that is prevented by removal of female reproductive organs is pyometra, a disorder marked by the accumulation of pus in the uterus.

Also worth noting is the fact that spaying prevents a female from going into heat, a mating activity that typically occurs several times a year. Each of these cycles can last for several days — sometimes weeks — during which a cat may howl incessantly, claw furniture and persistently demand her owner’s attention. Spaying, of course, will eliminate the occurrence of these periodic nuisances from the owner’s life. Meanwhile, the behavior of neutered males will tend to be more placid following surgery; they will typically be less inclined to wander in search of females, be less likely to start the unpleasant behavior of urine spraying, and be less motivated to engage in territorial disputes with other cats.

In a typical spaying procedure, the patient is given an injection of a mild sedative to calm her, after which she is put under general anesthesia. Her abdomen is then shaved and scrubbed, and the surgeon makes an incision through the patient’s skin, subcutaneous tissues and abdominal wall. The reproductive tract is located and, one by one, the two ovaries — each about the size of a raisin — are tied off from their blood supply, cut loose from any adjoining tissue and removed from the patient’s abdomen. Many vets also remove the uterus at the same time. The incisions in the patient’s abdominal wall and subcutaneous tissues are then sewn shut with stitches that will dissolve or be removed after 10 days or so after surgery. If the veterinary surgeon performing a spay procedure is experienced, says Dr. McCobb, the entire surgery can be completed in as little as 10 minutes.

The surgical removal of a male cat’s testicles — each of which in a kitten, she notes, is about the size of a kidney bean — is likewise speedy, generally safe and can be performed on most males who are eight weeks of age or older. In a castration procedure, if the testicles are positioned normally, an incision is made in the scrotum over the first testicle. The testicle is withdrawn through the incision and removed, and the procedure is repeated for the second testicle. The incisions are left open and will rapidly heal on their own.

When the surgery has been completed, the surgeon is likely to tattoo a line on the patient’s abdomen or, in the case of a free-roaming cat, remove the tip of an ear. “Tattoos are done,” says Dr. McCobb, “so that if the cat ever gets into a new home, the owner can tell that the animal has been spayed or neutered.”

A spayed or castrated cat typically wakes up almost immediately after surgery, although the patient may be somewhat groggy. Within an hour or so, however, the cat will be stable and able to move about. If the procedure is done in the morning, the animal may be ready to go home by evening, although some veterinarians prefer to keep a spayed female at the clinic overnight for observation.

At home, the cat should be supervised closely and kept as quiet as possible for a week or so in order to allow the incisions to heal. On the day after surgery, the cat should eat only a light meal, but on the following day, the normal diet may be resumed. However, Dr. McCobb notes: “In the long run, it’s important that you begin feeding them fewer calories per day because their metabolism will be lower after surgery, and they can become obese and increasingly prone to heart problems and diabetes. I suggest that the owner cuts a spayed or castrated cat’s food back by about a third of its former daily intake.”

Within about two weeks, she says, the animal is likely to behave exactly the same as she or he was before the operation.

The cost of a spay or castration procedure will range widely, roughly between $200 and $700, she notes, depending largely on the type of veterinary facility performing the procedure and its locale. For owners with economic concerns, she points out, many shelters offer discount plans to those in financial need. Additionally, you can call to ask for the availability of any low cost spay/neuter programs in your area. — Tom Ewing