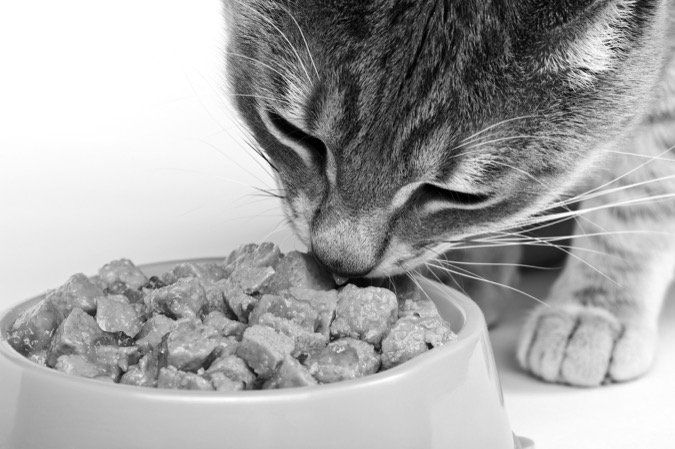 Until a few months ago, your eight-year-old cat Dotty has always been a healthy girl with a robust appetite, good eating habits and an apparently healthy digestive system. Moreover, Dotty has never ventured beyond the confines of your home, so her exposure to any disease that might be carried by other cats in the neighborhood has been virtually nonexistent.

But for the past few weeks, Dotty has been experiencing repeated bouts of severe vomiting and diarrhea. And she appears to be losing a bit of weight. What could be causing these problems?

Consultation with your veterinarian reveals a possible cause: She could be suffering from inflammatory bowel disease (IBD), a tricky disorder that is most common among young and middle-aged cats and is thought to be the most frequently occurring source of gastrointestinal disease in cats.

Linked to the immune system

The condition, mainly characterized by chronic vomiting and diarrhea, is widely thought to be the consequence of several different types of disorders involving the feline immune system. “The intestines of all cats contain bacteria,” explains Michael Stone, DVM, clinical assistant professor of small animal internal medicine at Tufts, “and the immune system has to tolerate this bacterial presence. At the same time, the immune system has to be able to recognize and defend against pathogenic organisms, such as the salmonella bacterium.”

Microscopic analysis reveals that changes are consistently found in the lining (mucosa) of affected cats’ intestines — a superabundance of immune system cells, for example — which suggests that abnormal immune system activity may precipitate the condition. “IBD is thought to be caused by alterations in the body’s immune system,” says Dr. Stone, “so that normally tolerated bacteria are recognized as harmful. The cat’s body attempts to fight these harmless bacteria that are residing in the gut, and this causes inflammation of the stomach and intestine.

When this mistaken host response is mounted over time, the intestinal lining can be significantly inflamed. “And this inflammation causes gastrointestinal upset manifested as some combination of appetite loss, vomiting and diarrhea,” explains Dr. Stone. “IBD is not typically a fatal disorder, but it can cause significant distress. Over time, the signs tend to worsen if no treatment is offered.”

Although IBD is frequently diagnosed in older cats, advanced age is not considered to be a risk factor for the condition. Indeed, Dr. Stone points out that most cases are diagnosed in young adult or middle-aged cats. In general, he says, “I would be very hesitant to diagnose IBD in cats who are less than one year of age or those who are 10 years of age or older.”

Regarding gender, the disorder seems to be distributed about equally between males and females. As for breed predilection, some data indicate that purebred Asian breeds, such as Siamese and Persian cats, are predisposed to IBD, but this has not been conclusively substantiated. And although some research suggests that vulnerability to IBD may be passed from one generation to the next, increased genetic susceptibility — the gene markers — have not as yet been identified.

The signs to expect

While persistent or recurrent vomiting and diarrhea are the most common clinical signs of IBD, other signs may include: decline in appetite, weight loss, frequent passing of gas, audible rumbling in the animal’s abdomen, observable difficulty in defecating, and blood or mucus in the stool. The signs tend to vary depending on which part of the gastrointestinal tract is affected. Vomiting, for example, is more apt to occur when both the stomach and small intestine are involved, while diarrhea is more common when the inflammation is primarily in the intestine alone.

Although IBD can affect either the upper or lower intestinal tract — or sometimes both — the disorder tends to occur more frequently in the upper region. Generally speaking, IBD is a serious disease, in which morbidity — the incidence of illness — is quite high but mortality — the rate of death associated with it — is relatively low.

“Recurrent or persistent signs of gastrointestinal upset call for prompt veterinary attention,” advises Dr. Stone. Early diagnosis is extremely important in that some of the clinical signs of feline IBD are similar to those associated with a wide variety of other diseases. There is no test, he says, that definitively diagnoses inflammatory bowel disease. Consequently, diagnosis relies mainly upon the exclusion of other disorders, such as gastrointestinal parasites, food intolerance and intestinal cancer.

To exclude these and other possible causes of an affected cat’s clinical signs, a veterinarian may perform such diagnostic tests as a complete blood cell count, chemistry panel, and fecal examination, as well as tests to rule out the presence of bacterial infections and infections with the feline immunodeficiency virus (FIV) and feline leukemia virus (FeLV).

Given that other diseases are excluded, the examining veterinarian may then shift focus to the animal’s eating habits by placing the cat on an elimination diet for several weeks to see whether she might be harboring an allergy to or intolerance of an ingredient in her usual food. (In an elimination diet, the animal eats nothing but novel proteins that her system can process without adverse reactions — a regimen known as a hypoallergenic diet.) If no food allergy or intolerance is identified, the patient will then undergo a procedure that is indispensable to a definitive IBD diagnosis — a microscopic evaluation (biopsy) of a small piece of gastrointestinal tract tissue that is obtained from an animal either surgically or by means of an endoscope, a flexible tube that is passed into the tract. (For either procedure, the patient must be placed under general anesthesia.)

Although surgery may be needed to obtain intestinal biopsies, treatment for a confirmed case of IBD, says Dr. Stone, is not surgical. Rather, he points out, “Most feline IBD cases require treatment directed at toning down the patient’s immune system and decreasing inflammation of the intestinal tract, in order to relieve the signs of illness. And dietary change is sometimes helpful.” This is apt to involve placing an affected cat on a hypoallergenic diet indefinitely.

Certain drugs may also be useful in some cases, such as glucocorticoids — hormones that possess anti-inflammatory properties — and other drugs that suppress what Dr. Stone refers to as an “aberrant” immune system response. Although IBD is an incurable disease, chances are good that a cat who has received prompt and appropriate treatment will respond well to the diet-drug treatment. “Most cats with idiopathic inflammatory disease who have a good response to the therapy will live long and healthy lives,” says Dr. Stone.