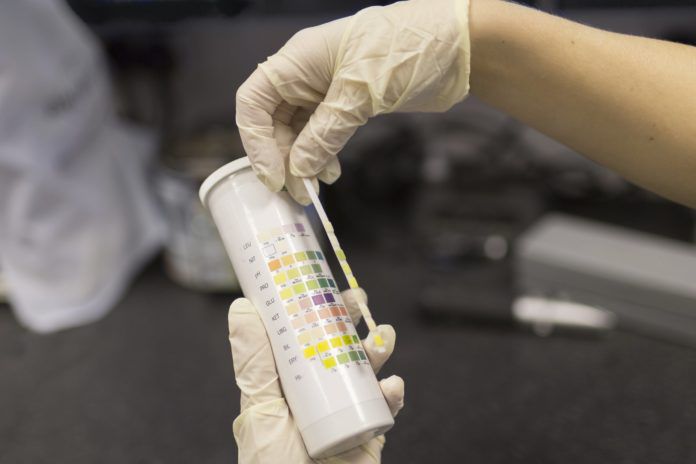 Luckily, your 10-year-old cat Jenny has never had a sick day in her life. Nevertheless, you’ve dutifully made a point of taking her to the veterinarian for a routine physical exam once a year to make sure she’s up to date on her vaccinations and is not harboring some systemic disorder that could eventually prove difficult to manage.

You’ve been doing the right thing, according to veterinarians who agree that every cat should undergo a thorough physical at least once or twice a year. This is especially true for aging cats — those who are 10 years of age or older — and for those cats who spend a lot of time outdoors and may be exposed to a variety of feline diseases.

The routine physical exams that Jenny has undergone during previous years have included four elements: her medical history; a comprehensive physical examination; a complete blood count (CBC), which measures the number of red cells, white cells and other blood components; and a serum chemistry panel, which checks the levels of certain important proteins in the blood.

In addition, many veterinarians will want to include a urinalysis in the routine exam, especially if the patient is an aging cat like Jenny. While often done routinely, a urinalysis is obligatory when other phases of a routine physical exam suggest the possible presence of a kidney or urinary tract disorder. Such a test is often carried out for cats with increased urine production or frequency, difficulty in urination or abnormal urine color.

How urinalysis is utilized

The test is also useful in confirming that a cat appearing to be in perfect health is indeed free of any underlying physical disorders, such as diabetes mellitus. In a urinalysis, a sample of a cat’s urine is assessed for clarity, color and density. Biochemical analysis measures the levels of the urine’s important ingredients, such as protein and glucose. And it is examined microscopically for the presence of blood cells, bacteria and crystals.

“Urinalysis may not be needed as a routine part of a physical exam until a cat is approaching old age,” notes Michael Stone, DVM, a specialist in internal medicine at Tufts. “But for a sick patient of any age, such a test can provide very important pieces of information. If a cat drinks excessive amounts of water, for example, or passes large amounts of urine, diabetes or kidney disease may be present. Urinalysis can help us to determine which, if any, of these is present. Such a test can also help us determine whether a patient has kidney disease or is simply dehydrated. This is very important, since kidney disease is in many cases irreversible, while dehydration can easily be corrected.”

As a further example of the efficacy of urinalysis, Dr. Stone alludes to feline lower urinary tract disease, an inflammation of a cat’s bladder that may or may not be caused by a bacterial infection. “If lab analysis shows a lack of bacteria in a urine sample,” he points out, “it would be clear that antibiotics would not be needed in treating the disorder.”

How urine is collected

For a cat’s urine to be analyzed, a sample of it must be gathered. How is this accomplished? As Dr. Stone explains, “Owners can sometimes collect urine samples at home by covering part of their cat’s litter box with plastic wrap and hoping that the cat will urinate onto the plastic. Another approach is to line the litter box with plastic beads instead of clay or clumping litter. This will allow the urine sample to collect on the bottom of the litter box. But for most cats, the urine must be obtained at a veterinary clinic or animal hospital.

Veterinarians use a variety of methods to collect it — most commonly by gentle manual expression, catheterization or with a needle through the patient’s skin.”

Regardless of the means by which the urine is collected, it will undergo thorough laboratory analysis, focusing on the following characteristics:

–Appearance: Normal urine will be transparent and yellowish in color. A sample that is dark or cloudy (or apparently bloody) will suggest the presence of matter that is not normally suspended in it, such as blood cells, mucous or bacteria. Subsequent microscopic examination can serve to confirm or rule out the presence of these.

-Specific gravity: This test determines the extent to which the urine is concentrated — how thick or dense it is compared to the density of distilled water.

-Chemical components: This analysis is likely to make use of a “dipstick” — a slender plastic strip with small, chemically treated squares on it, each of which, when dipped into the urine sample, will change color according to characteristics of the urine.

The dipstick analysis, notes Dr. Stone, can reveal much about a urine sample’s chemical makeup, such as its protein, glucose and acidity. These findings, in turn, can reveal the degree to which a cat is vulnerable to or perhaps already affected by certain disorders. For example, high levels of glucose can suggest that the patient is diabetic. And blood cells in the urine can indicate bleeding somewhere in the patient’s urinary system.

Indeed, according to Dr. Stone, blood in the urine can suggest a wide variety of disorders. “The presence of blood,” he says, “indicates a problem with the urinary tract, but the problem may not be localized. Disease of the kidney, ureter, bladder or urethra may cause this. Additional testing might include X-rays or ultrasound.”

While meticulous and thorough urinalyses are immensely valuable in countless situations, Dr. Stone cites three cases in which they are especially valuable. “The differentiation between dehydration and kidney disease is extremely important,” he points out. The determination of whether or not bacterial infection is present potentially allows the avoidance of antibiotic administration. And the discovery of crystals in an animal’s urine — especially an animal with recurrent urinary issues — may suggest the need for a dietary change.” — Tom Ewing