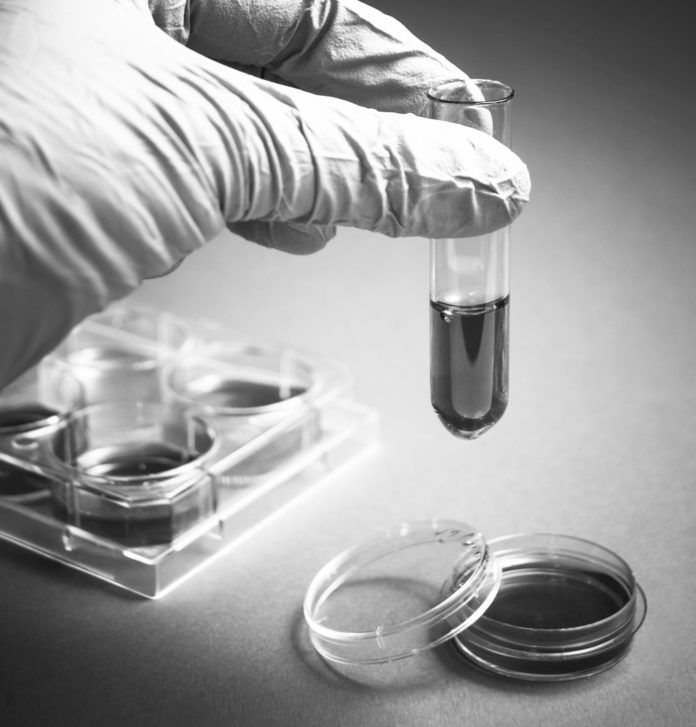 Every now and then, a cat develops anemia that is so severe that a transfusion is required to save its life. Cats have distinct blood types, so obviously it is important to make sure that a severely anemic cat receives the proper blood type.

Blood types in cats are classified similar to those in people. There’s type A, type B and type AB. (There is no type O, however.) Most cats are type A. Purebred cats have an increased probability of being type B, while type AB is exceedingly rare.

It is even worse if you give a type-B cat a unit of type A blood. Cats that are blood type B have an abundance of antibodies against type A blood. The transfusion reaction is immediate and severe, and sometimes fatal.

Blood from a different species

Did you ever wonder what would happen if you had no other choice but to give a cat a transfusion with a unit of dog blood? If giving blood from the same species, but a different type, can cause a severe transfusion reaction, you would assume that giving blood from an entirely different species would be instantly fatal. Surprisingly, this is not the case. A recent article in the Journal of Feline Medicine and Surgery reviewed the number of cases of canine to feline “xenotransfusion” (transfusion of blood from another species) and elaborated on this concept.

The first study of dog-to-cat blood transfusion was reported back in 1962. In all 22 of the cases involved in the study, a cross-match was performed before the transfusion. (A cross-match is a test that is performed before a transfusion to determine if the donor’s blood is compatible with the recipient.) Plasma from the cat (recipient) is mixed with red blood cells from the dog (donor). If the dog red blood cells demonstrate agglutination (clumping), it suggests that there are antibodies in the recipient’s plasma against the red cells of the donor, and the blood is therefore not compatible.

One cat received dog blood for a second time seven days after the first transfusion, and died a few hours later. The same report also described the transfusion of canine blood into 20 cats that were suffering from severe anemia. In 18 cases, the sick cats that needed the transfusion showed rapid improvement, with only mild transfusion reactions occurring in two cases. Fifteen cats survived their initial hospitalization and transfusion. Five died during the transfusion or in the following days, but this was due to their underlying disease, not their transfusion.

The reports described above were all decades ago. As we learned more about transfusion medicine, the unorthodox practice of xenotransfusion was discontinued. However, an interesting case report was published in 2004. A cat of blood type B was admitted to a referral center with severe anemia. Type B blood is relatively uncommon, and a donor cat with blood type B was not available. Oxyglobin — a synthetic hemoglobin that can be given in cases of severe anemia — was also not available.

Rather than watch the cat die from anemia, the cat was transfused with blood from a Labrador retriever as a last resort. Cross-matching was performed, no incompatibility was detected, and the cat was given a test dose of 1 ml of blood to see what happened. No adverse reaction occurred, so a total of 130 ml of canine blood was given, in small doses, over a 48-hour period.

The cat’s condition improved considerably and it became stable enough to undergo general anesthesia so that additional diagnostic tests could be performed. Unfortunately, this led to a diagnosis of leukemia, and the cat was ultimately euthanized.

Based on the cases described above, it is apparent that cats do not have naturally occurring antibodies against canine red blood cells. In an emergency situation when there is no compatible feline blood, or there is no hemoglobin-based oxygen carrier solution like Oxyglobin available, a single transfusion with canine blood can be given to cats with no expected severe acute transfusion reaction.

This is in contrast to giving a cat compatible feline blood; those blood cells have a lifespan of 30 days. Clearly, giving dog blood to a cat is not recommended as a routine procedure, but it may allow short-term stabilization to allow additional diagnostic procedures — or to buy time while attempting to procure compatible feline blood.

If this is absolutely necessary, it should be done only once. Any additional transfusion with canine blood later than four to six days after the first transfusion is expected to cause a severe transfusion reaction that, in many cases, is fatal. — Arnold Plotnick, DVM