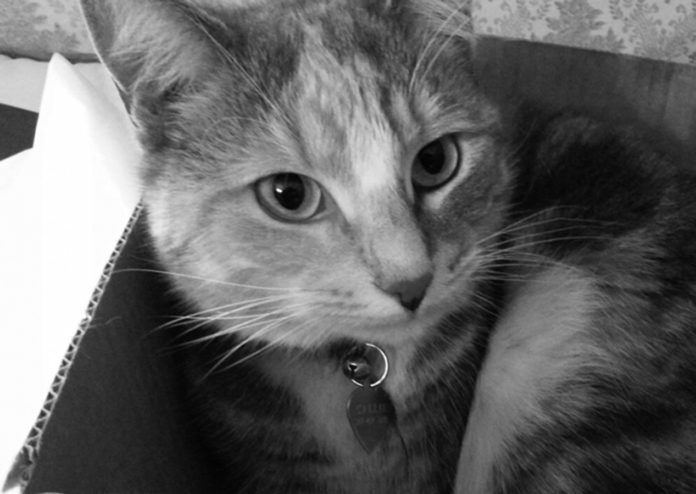 Earlier this year, one of my oldest friends mentioned some of his concerns about his cat’s health. It was at my urging six years ago that my friend David adopted Callie — a young tortoiseshell kitten unsuited to living in a horse barn, and urgently in need of a good home.

Even during his childhood, David never lived with a family pet, so this new four-legged responsibility was going to require some of my gentle guidance. I was impressed to see that he brought her to the veterinarian like clockwork, and found the best cat sitter in the neighborhood for the occasions when he needed to be away from home. I knew he was finally comfortable in the role of pet parent when he started telling me cute stories about his cat, starting with the words, “You know what Callie did today?”

When she was four years old, Callie was diagnosed with cardiomyopathy. Initially, this required David to medicate her daily, and he complied with the veterinarian’s recommendations for the next year or so. Then, she started to display other symptoms — intermittent loss of appetite, signs of allergies, lethargy.

The tweaking of her medications seemed to help her symptoms for short periods, but David’s concerns continued to grow. Obviously, the majority of pet owners are not veterinarians — but it’s that sixth sense that we have when, as daily observers and caretakers of our pets, things just aren’t right. I understood both his concerns and frustration, so I finally suggested that David consider taking Callie to a different veterinarian for a fresh approach to his cat’s health. He resisted, feeling loyal to the clinic and the veterinarian that had cared for his cat for her entire life. Plus, he felt he wasn’t really qualified to second guess the veterinarian’s approach.

Finally, I suggested a large veterinary clinic not far from his house, with board-certified specialists that could likely cover the gamut of her various symptoms. Months later, he finally agreed to my suggestion, planning to make an appointment the following weekend. The next day, Callie stopped eating altogether — necessitating an emergency visit to the new veterinary clinic and a very stressed owner.

Callie was seen by the clinic’s cardiologist and ultimately was put on a new medication regimen. So far, so good. Even as an inexperienced pet owner, David knew something wasn’t right. So the moral of the story is: Listen to your gut and act on behalf of your pet’s welfare. She’ll thank you for it.