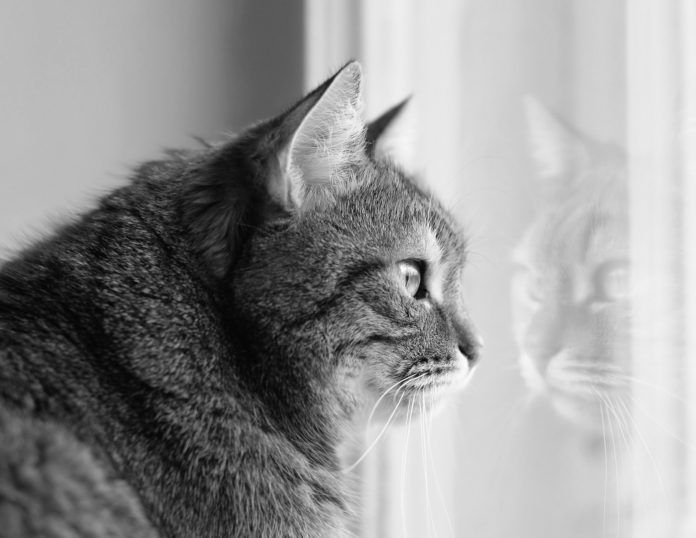 Recently, one of my mother’s friends passed away after a lengthy illness. I had heard a lot of stories about Susan, and the close bond my mother had developed with her after they met in the choral group they attended on Long Island.

One thing I didn’t know about Susan, however, is that she was a big animal lover. During her younger days, she loved the company of big, gamboling dogs; but as she grew older, and moved into smaller living spaces, she gravitated towards the company of cats.

At the time of her death, she apparently had whittled down her feline family to one cat, an aging female named Midnight. That old cat gave her a lot of comfort and companionship during the last few months she was still able to live at home. While she was briefly in hospice, a friend came by daily to take care of Midnight until Susan passed.

Well, it was with a lot of surprise when I received the Email from my mother that she and my stepfather were going to adopt this old cat — if Susan’s brother in Florida wasn’t able to take her. During my childhood, my mother and I always lived with a number of cats. But as her lifestyle changed — and her free-time and ability to travel increased — pets were definitely not on the agenda.

It made me realize just how much my mother loved her friend Susan. Adopting Midnight would necessitate a lot of changes in the household and their lifestyle.

Ultimately, the friend who briefly cared for Midnight offered to take the cat. I felt relieved for my mother, and happy that the cat wouldn’t have to make the long trip down to Florida.

But it emphasized the great importance of having a plan in place in case we leave our pets behind after illness or tragedy. Midnight was lucky that there were several options available to her; but not all pets are going to be as fortunate.

And even if your pets ultimately have several options afforded to them, too — there might be some preferences you’d have for the placement, including a plan for money toward expenses.

Probably, like life insurance policies, it’s one of those topics that people like to avoid thinking about and discussing. But life carries with it very many twists and turns; and to be a caring pet owner today means thinking about tomorrow, too.