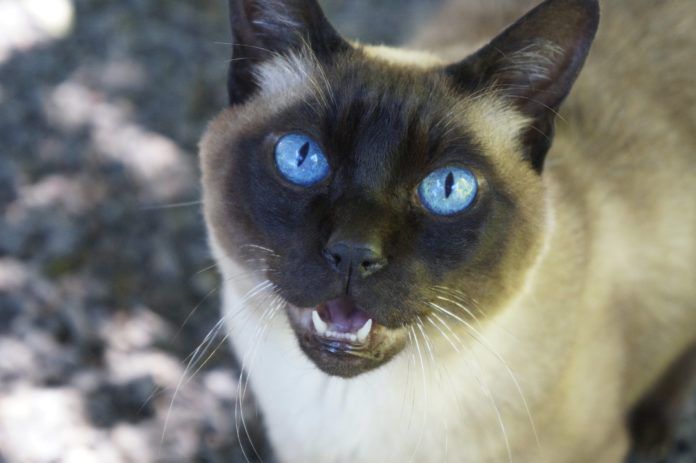 Mast cells are a component of the immune system. They originate from the bone marrow, and play an important role in the inflammatory process — especially in allergic reactions. Mast cells are found in all tissues of the body, but are concentrated in the skin, respiratory tract and digestive tract.

The chemicals in mast cells

Mast cells produce a variety of chemicals that have differing effects on the body. These chemicals are stored in granules within the mast cell. In fact, it is the striking blue granules that are the most salient feature of mast cells when they are viewed under a microscope.

When mast cells encounter an allergen, the cells become activated and they degranulate, releasing the chemicals contained within the granules. One of the chemicals contained in the granules is histamine, a well-known mediator of allergic reactions. Activation of mast cells can result in classic signs of allergy, including edema (swelling), warmth, redness and attraction of other inflammatory cells to the site.

Tumors can occasionally arise from a cat’s mast cells. Veterinarians classify mast cell tumors (MCT) anatomically as being either cutaneous (involving the skin), or visceral (involving the internal organs). In cats, the cutaneous form predominates. In fact, MCTs are the second most common skin tumors found in cats.

They are termed “atypical” because they don’t contain the granules that are so characteristic of most mast cells. These atypical mast cell tumors often spontaneously regress over time, usually four to 24 months after they’re diagnosed.

Visceral MCTs affect the internal organs. The organ most commonly affected in cats is the spleen. The gastrointestinal tract is the next most common site. In fact, MCTs are the third most common form of feline intestinal cancer. Other non-skin sites where MCTs have been reported are the liver, the lymph nodes and the nasal cavity.

“For cutaneous MCTs, a needle (attached to a syringe) is inserted into the suspicious skin mass. Once inserted, the barrel of the syringe is pulled back a few times, aspirating cells from the skin tumor into the hub of the needle. These cells are then spread onto a microscope slide, stained and examined. Mast cell tumors tend to exfoliate their cells readily, and mast cells are usually easy to identify because of their characteristic blue granules.”

The technique is similar for MCTs affecting the internal organs. “For visceral MCTs, the organ of interest is identified via ultrasound, and then (with the cat sedated) the needle is inserted into the organ using ultrasound guidance, and aspirates are obtained,” explains Dr. Stone.

When feasible, surgery is the treatment of choice for MCTs. As with all skin tumors, the goal is to obtain “clean margins” when removing the tumor. In other words, the tumor should be surrounded on all sides by a nice rim of normal tissue, so that when examining the margins of the removed tissue under the microscope, the entire tumor is in the center, and the margins of the tumor contain no tumor cells.

In addition to checking the margins of the submitted sample, the pathologist will evaluate whether the mast cell tumor is “well differentiated” or “poorly differentiated.” A well-differentiated tumor is one that contains mast cells that all look alike, and have a low mitotic rate, i.e. the cells are dividing slowly. These MCTs tend to behave benignly and are the most common type.

Poorly differentiated MCTs are less common, accounting for less than 28 percent of all feline cutaneous MCTs. Under the microscope, these tumors contain mast cells of different shapes and sizes, and they tend to be more infiltrative. Some of them can have a low mitotic rate, but a substantial number have a high mitotic rate. The mitotic rate plays a role in the prognosis; those tumors with a high mitotic rate show more malignant behavior.

The role of chemotherapy

Chemotherapy for MCT is controversial. Because cats with cutaneous MCT do so well with surgery alone, the need for chemotherapy is questionable. The oral drug lomustine has shown promise in the treatment of feline MCTs.

Although half of the cats treated with lomustine (in a retrospective study of 38 cats) showed a complete or partial response to treatment, a few cats did experience adverse reactions (bone marrow and pulmonary toxicity), so cats that are administered this drug need to be carefully monitored.

“The prognosis for most cats with MCTs of the skin is very good. Surgical removal of the tumor usually results in a cure, with little chance of recurrence at the surgical site, or of spread to other sites in the body,” says Dr. Stone. “The prognosis for cats with visceral MCT varies, depending on the location of the tumor. Intestinal MCT has a poor prognosis; most cases exhibit metastasis to other organs. Cats with splenic MCT, however, often enjoy long-term survival after surgical removal of the spleen.”

A new class of drug called receptor tyrosine kinase inhibitors (RTKIs) may eventually have a role in the medical therapy of cutaneous MCTs in cats. Tyrosine kinases are receptors that are found in the cell membranes. When these receptors mutate, they can result in uncontrolled cell growth, which is essentially what is seen in cancer.

In a study of feline cutaneous MCTs, a large percentage of these tumors were shown to have this mutation. Although no large drug trials have been performed to assess the true potential of these drugs, the use of RTKIs for other feline and canine cancers in a few case series have been encouraging.

The optimal treatment for cats with MCTs has been difficult to determine because the number of studies on these tumors in cats has been relatively limited. The recent introduction of RTKIs to the veterinary market has stimulated new research, and new treatments for MCTs may be on the horizon. — Arnold Plotnick, DVM, DACVIM