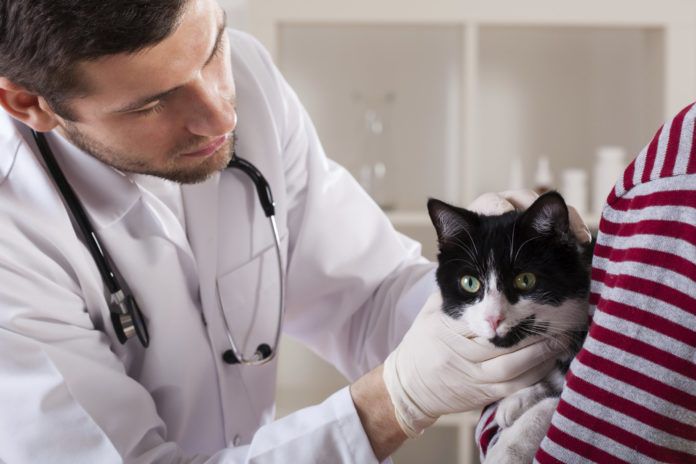 Among all feline health problems, disorders that affect the intestinal tract rank among those that are most frequently diagnosed and treated by veterinarians. According to Linda Ross, DVM, an associate professor of small animal medicine at the Cummings school, “The most common presenting complaints of such conditions are vomiting and diarrhea. At our clinic, we treat cats with these problems on a weekly basis. At a primary care facility, I would guess that veterinarians see multiple animals per week with one intestinal disorder or another.”

Signs to watch for

Vomiting and diarrhea — often accompanied by noticeable weight loss — are the most frequently observed clinical signs of feline intestinal disease, although in some cases, subtler signs such as lethargy and appetite fluctuations are all that may be noticed. Some intestinal problems may be secondary to conditions originating in other organs, such as the thyroid gland, liver, kidneys or pancreas. “There may be some other systemic or metabolic disease that is causing vomiting or diarrhea,” notes Dr. Ross, “and we certainly see plenty of these cases. One of the most common among them would be in an older cat that has developed kidney failure. Vomiting is a frequent sign of that.”

However, she says, most vomiting and diarrhea are caused by problems that originate in either the upper or lower segments of a cat’s intestines. And there is plenty of area in which things can go wrong, since a cat’s intestinal tract — if it were strung out end to end — is typically eight to 10 times longer than the animal’s body. Because the clinical signs could be caused by a potentially life-threatening blockage within either the upper or lower tract, Dr. Ross points out that any suspicious signs call for prompt veterinary attention, and that severe and persistent vomiting or diarrhea often require emergency treatment.

IBD is most common

According to Dr. Ross, one of the most frequently diagnosed intestinal disorders is inflammatory bowel disease (IBD), a chronic inflammatory condition of unknown cause. A variety of mechanisms for development of IBD have been suggested; it is currently believed that complex interactions between the intestinal immune system and the microflora that normally reside in the feline intestines are likely to be responsible.

Overall, however, IBD remains an idiopathic condition — one whose cause remains largely unknown. Although chronic vomiting, weight loss, and diarrhea are the most common clinical signs of IBD, other indications of the disorder include lethargy; frequent passing of gas; malodorous feces; increased frequency of defecation; difficult defecation; and blood or mucus in the stool.

Treatment of IBD usually involves dietary modification plus the use of certain medications. Typically, an affected cat will be placed on a highly digestible novel protein diet, which, by itself, may cause significant improvement. If medications are required, they are likely to include an antibiotic such as metronidazole or an anti-inflammatory drug, usually a glucocorticoid that suppresses the immune system response.

The majority of cats diagnosed with IBD will respond well to treatment, although some will have intermittent clinical signs requiring continual treatment. And perhaps 10 percent to 20 percent of affected cats won’t respond to treatment at all.

Two other disorders that may affect cats’ intestines with relatively high frequency, says Dr. Ross, are parasitic infections and what is termed “dietary indiscretion.” The intestinal parasites most often found in cats, she says, are roundworms, hookworms and giardia.

Viruses like the feline panleukopenia virus, a small organism that exists in the environment worldwide, may also infect the intestinal tract. Especially lethal among kittens and younger cats, this virus was once the source of deadly epidemics in cat shelters and other confined areas with dense feline populations.

Thanks to the development of effective vaccines, however, intestinal disease attributable to the panleukopenia virus is rarely diagnosed these days. Infection with the feline immunodeficiency virus or feline leukemia virus may also predispose a cat to intestinal infections.

As for dietary indiscretion, Dr. Ross notes: “Some cats simply eat things — foreign bodies — that they shouldn’t be ingesting. They may be playing with something, and they swallow it. We see that fairly commonly.” If complete intestinal obstruction occurs, a cat is likely to be experiencing a life-threatening problem that will require emergency medical and surgical intervention.

Other potential sources of feline intestinal problems include but are by no means limited to:

Although relatively rare, congenital malformations of the bowel may also pose severe threats to feline health. Says Dr. Ross: “In kittens, we occasionally see cases where the anus fails to open and the intestine ends blindly within the animal’s body. So there’s no way for the stool to come out. And then there’s a condition called megacolon, in which the large intestine doesn’t have normal motility. This is not a congenital condition — it occurs in older cats — but it results in very severe constipation.”

The prognosis for a cat experiencing an intestinal disorder depends on the diagnosis. “If it’s an acute attack caused by something the cat ate or by an intestinal parasite,” says Dr. Ross, “the prognosis is excellent. The worst case is probably some form of cancer. Some of these cancers can be put into remission, but others — like carcinoma, for example — might possibly be surgically removed, but they’re usually not cured.

“It’s important for owners to understand that constipation can occur in cats from time to time and in most cases is probably nothing to worry about. But a cat that isn’t eating and has profuse vomiting may have a severe intestinal tract obstruction and must receive immediate veterinary care,” stresses Dr. Ross. “Also, keep in mind that a cat who is constantly in and out of her litter box and seems to be straining may be experiencing a urinary problem — and that would also be an emergency situation.” — Tom Ewing