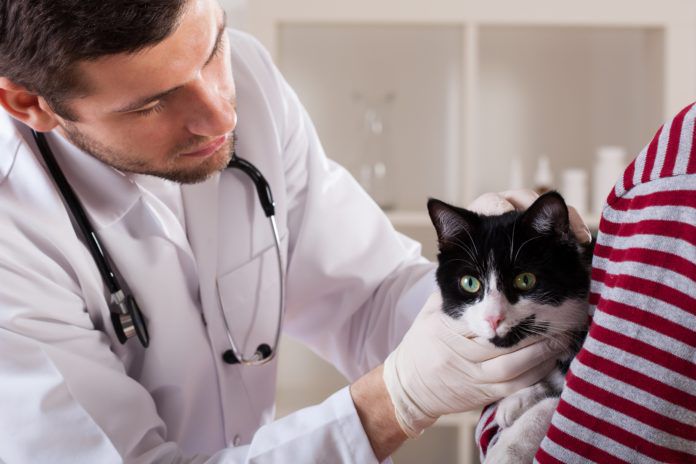 Q My husband and I have a very sweet kitty named Daisy. We have had her since she was roughly a year old (she is now about 16 years old). Unfortunately, she has developed diabetes, and she now also has a terrible skin allergy that we cannot get under control.

We’ve had her examined by two veterinarians. The first one told us there was nothing we could do about her skin. The second one decided to put her on prednisone, starting her out with a cortisone shot. This controlled the itching, but it only lasted about seven days. Initially, we were using Humulin-U for her insulin needs, with no problems. Unfortunately, that product became unavailable, and our veterinarian had us switch to Humulin-N as a replacement.

Even though Daisy’s skin was a problem before the switch, it got much worse after we changed to the new insulin. I don’t know whether this is a coincidence or not. Can a cat develop an allergy to insulin? Our second veterinarian thought she might have allergies, and that is why he prescribed the prednisone. We tried Baytril and other antibiotics, antihistamines and even medicated shampoos, but her skin only gets worse.

We look forward to any advice you can give us.

A Dear Alice and Dave: You are describing a difficult and complex set of signs that may or may not be related. It sounds to me like Daisy’s skin problem preceded the onset of diabetes, so I will conclude that an allergy to insulin must not be the sole cause of her skin condition.

Although reactions to insulin are rare, they can occur. Skin testing with insulin can aid in making the diagnosis of insulin-induced reactions. In addition, skin testing could potentially be used to select the least allergenic insulin for administration. This testing must be performed under veterinary attention.

The piece of the puzzle that doesn’t fit well to me is the development of skin allergies at such an advanced age. Most allergies develop in younger patients, often between the ages of two and six years old. Because Daisy is 16 years old, I am concerned that she may have a skin condition other than allergic dermatitis. In addition, the skin condition may have appeared to have worsened with the change of insulin, but instead actually just progressed with time. The lack of response to prednisone would support this theory.

You can ask your veterinarian if consultation with and/or referral to a veterinary specialist would be appropriate. A veterinary dermatologist would be best for diagnosis and control of the skin condition.

For different options to treat diabetes mellitus, a veterinary internal medicine specialist would be appropriate. There may even be a veterinary referral hospital that has both at the same location. Your veterinarian is likely to know the veterinary specialists in your area and can refer you to the proper one(s). I believe that an accurate diagnosis of the cause the skin disease is critical to helping Daisy improve.