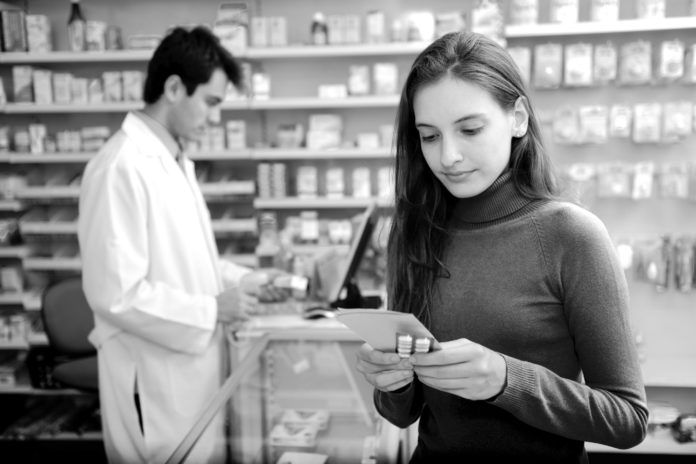 Thanks to progress in veterinary health research, a vast array of medicines are readily available today for the treatment of virtually any feline disease or behavioral disorder. Many of these medications can be administered only by veterinarians or qualified technicians in animal clinics or hospitals, while others can be administered at home by a cat’s owner.

Occasionally, however, an appropriately formulated drug for cats is unavailable for one reason or another. In this situation, the only alternative for the owner may be a compounded drug — a tailor-made medicinal preparation that is prescribed by a licensed veterinarian, is blended precisely to meet the therapeutic needs of a specific cat, and is produced in a formulation that the animal will accept.

“There are basically two legitimate reasons why drugs need to be compounded,” says Linda Ross, DVM, an associate professor of small animal health at Tufts. “One reason is that a cat may urgently need a certain drug that is not available in a veterinary formulation. The other reason is that although the drug is available, the owner will be unable to administer it in its present form.”

Dr. Ross cites what she terms “a common scenario”: “An owner wants to give a cat a specific type of antibiotic, but even though it is properly formulated, it only comes in tablets — and there’s no way that this particular cat will swallow a tablet.”

In such a case, she says, a good compounding pharmacy may be able to produce the same drug in liquid form, which the cat may be far more likely to accept.

During the past three decades, compounding has become increasingly widespread. Today, an organization called the Professional Compounding Centers of America has a membership of nearly 4,000 independent community pharmacists, all of whom are qualified to devise medications for animals according to prescriptions supplied by veterinarians (visit them at www.pccarx.com).

Although the U.S. Food and Drug Administration oversees the quality of mass-produced drugs developed by large manufacturers, it does not require compounded medications to go through its approval process. Every compounding operation, however, must comply with regulations established by a regulatory board in the state in which it operates.

What can go wrong

Overall, Dr. Ross speaks highly of the compounding companies, but she advises cat owners to be aware of a few things that could go amiss. In her view, there are two major risks: a compounded medication may contain too little of a certain drug — or it may contain too much of it. “And once a drug has been changed from its original form during the process of compounding,” she says, “there’s no check-and-balance system to make sure that the drug has retained the same concentration and strength it had when it was originally produced by the manufacturer. This is always going to be a concern with compounded drugs.”

For example, she points out, it may not be possible to put a drug that is unstable into a liquid without losing significant potency. Consequently, says Dr. Ross, “There are a lot of drugs that are being put into compounded formulations that are probably not at all effective.”

Despite her few reservations, Dr. Ross believes that the practice of compounding medications has been and remains largely beneficial to feline health. “We use compounding pharmacies a lot at Tufts,” she says, “and we think they’re wonderful. I prefer to utilize the large, national companies — ones that are known to have excellent quality control.

On the other hand, maybe your cat just needs a smaller pill, and any good pharmacy can calculate how to achieve that. This isn’t a matter of complicated reformulation. It’s actually pretty straightforward.” — Tom Ewing