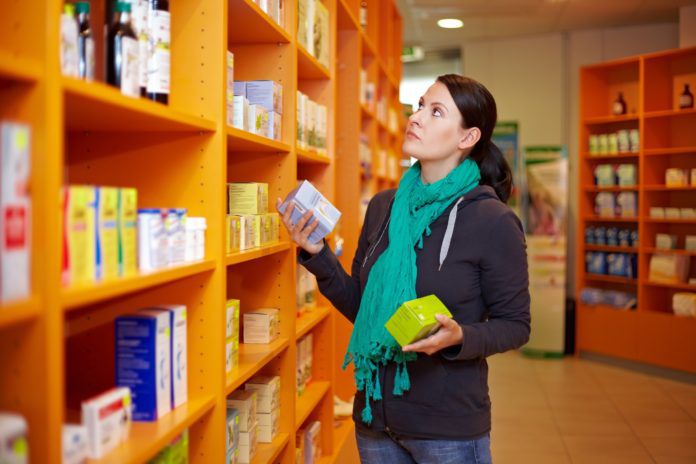 Thanks to advances in veterinary medicine —including an improved understanding of feline nutrition — cats are living longer these days. But these extended life spans also mean that many cats are more likely to develop arthritis. This painful and potentially crippling joint disease is a predominantly age-related condition.

In one study, researchers carefully analyzed X-rays of the spines and limbs of 100 middle-aged or elderly cats living in U.S. homes. The images revealed that 90 percent of those cats over the age of 12 showed radiographic signs of arthritis.

All cats are at risk
Older cats, however, are by no means exclusively at risk for this joint disorder. Another study — based on postmortem examinations of shelter cats —indicated that 20 percent of those as young as one year of age showed early signs of the condition.

Arthritis can arise as a consequence of widely differing influences, including congenital malformation, immune system malfunction and physical trauma. The most frequently diagnosed form of the disorder is osteoarthritis. This condition is characterized by the erosion of cartilage, the smooth tissue that protects the ends of bones within a movable joint from rubbing against one another during the course of normal activity. When this protective tissue is worn or torn away completely, the ends of the bones come immediately in contact, and the persistent grinding of bone against bone results in inflammation and pain.

The main sign of arthritis
“Reduced activity is the clearest sign that a cat has become arthritic,” explains Cailin Heinze, VMD, assistant professor of nutrition in the department of clinical sciences at the Cummings School. “She’ll be less able to jump up on furniture, for instance, and she may have trouble getting into and out of her litter box.” In some cases, the animal will start limping, will become more sedentary, and may indicate that she is in pain when her lower back or limbs are touched. The disorder and its painful consequences are often aggravated in cats that are overweight or obese, notes Dr. Heinze.

Unfortunately, osteoarthritis is incurable. However, a number of options are available to relieve the pain associated with the disease. Veterinarian-prescribed or recommended nonsteroidal aspirin-type drugs, for example, can be effective for relatively mild, sporadic discomfort, while certain corticosteroid medications may be useful for long-term pain relief.

A wave of supplements
During the past two decades or so, a variety of over-the-counter dietary supplements called nutraceuticals — most notably glucosamine, chondroitin sulfate and omega-3 fatty acids — have gained widespread popularity for their purported ability to ease the joint discomfort associated with feline arthritis. However, says Dr. Heinze, “When it comes to the question of whether you should consider using some of these dietary supplements to treat arthritis, the fact is that there is very little, if any, evidence that they are of benefit to cats with osteoarthritis.”

In theory, Dr. Heinze points out, it makes sense that glucosamine and chondroitin additives might be of some value in improving the health of a cat’s joints. “These substances,” she explains, “are basically sugars that are among the natural building blocks of the cartilage in those joints. So the idea is that, since osteoarthritis is caused by a breakdown of that cartilage over time, the remaining cartilage would theoretically be improved by supplementing the animal’s diet with these cartilage precursors.”

Cartilage can’t be rebuilt
“But glucosamine and chondroitin don’t do that, since damaged cartilage really can’t be rebuilt,” continues Dr. Heinze. “The good news is that there are studies in other animals and anecdotal reports indicating that these substances may improve comfort in some situations — perhaps through an anti-inflammatory mecahnism. And if you’re using a high-quality product from a reputable source — a product that actually contains what the supplier says it contains — then the safety level is pretty high.” Gastrointestinal upset tends to be the only side effect caused by glucosamine and chondroitin, which are typically combined in a single formulation.

Can either glucosamine and chondroitin be used routinely to prevent the onset of cartilage deterioration in cats? Says Dr. Heinze: “Unfortunately, at this point, we have very little data that suggest that these dietary supplements work as a treatment, and even less that they are an effective preventative. The information that we do have is all based on studies of dogs and humans.

“But I haven’t seen any research papers focusing on the value of glucosamine and chondroitin in cats. Overall, I would say at this point that these additives typically fall into the ‘might-help-won’t hurt’ category.”

Strength of omega-3 fatty acids
Dr. Heinze holds a considerably more positive view concerning the use of omega-3 fatty acids as dietary supplements, since they have known anti-inflammatory effects and thus may be effective in easing joint discomfort caused by osteoarthritis. Several scientific studies, she says, have convincingly shown that supplements containing these fatty acids — obtained from the tissues of mackerel, salmon, trout and several other types of fish — improve joint health and mobility in dogs and humans. “At least one study has shown that arthritic cats whose diets were supplemented with fish oil were, according to their owners, happier, could jump higher, and so forth, than arthritic cats who were given a placebo,” explains Dr. Heinze.

“Of course, the owners’ opinions were subjective, so I don’t know how much we can conclude from the study. But on the whole, the data — including data derived from studies on people, dogs and rodents, as well as cats — suggest that supplements containing fish oil offer some degree of benefit.”

Risks to consider
Regarding potential risks posed by the routine consumption of dietary supplements, Dr. Heinz says: “Glucosamine and chondroitin are generally safe, although they can possibly have gastrointestinal side effects. As for fish oil, lower doses of high-quality products are quite well tolerated, with mild gastrointestinal side effects being most common. With higher doses of fish oil, however, there is the possibility of bleeding problems, immunosuppression, and several other side effects. Because dietary supplements in general fall into a kind of gray area — they’re neither drugs nor foods — they don’t require FDA approval of their safety and efficacy before they can be marketed.

“This is really important for cat owners to know. The best-case scenario, of course, is that the dietary supplements now being sold actually are helpful. The worst case scenario is that they are of poor quality, that they can be contaminated, and that they can cause serious health problems.”

Discuss with your vet first
In general, advises Dr. Heinze, owners can certainly experiment with the commercially available dietary supplements. “But it’s really important,” she notes, “to discuss the matter with your veterinarian and make sure that you select a high-quality product. And after feeding the supplement to your cat for a few months, if you see that a supplement is not working, it doesn’t make any sense to continue.” — Catnip staff