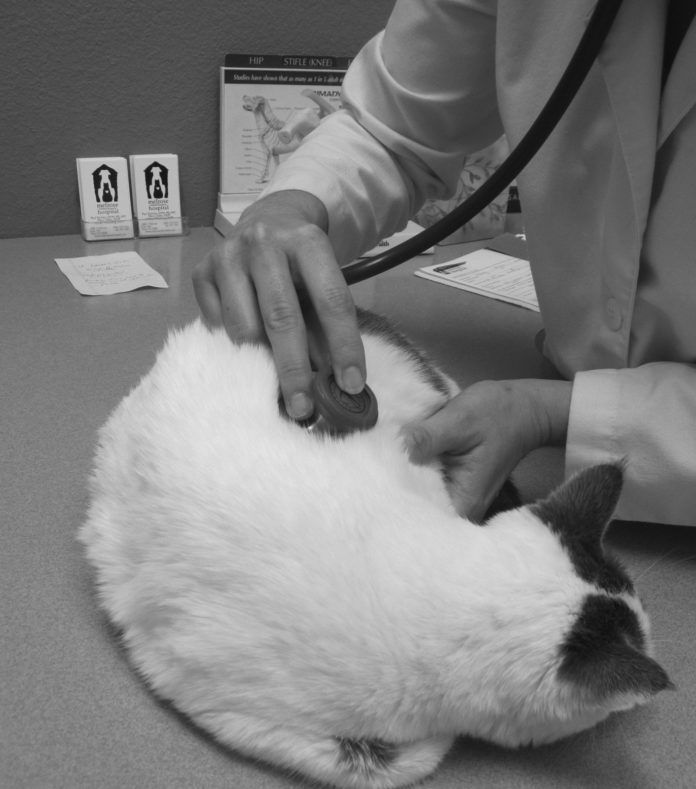 Cats are notoriously finicky eaters, so it might surprise you to learn that stomach upsets are commonplace. But just a few bites of spoiled food or a mild infection can cause stomach distress — known as gastritis — and trigger a trip to the veterinary clinic, according to Mary Labato, DVM, veterinary internal medicine specialist and Clinical Professor at Cummings School of Veterinary Medicine at Tufts University.

“The most common reason for gastritis is a self-limiting dietary indiscretion, overeating or mild infection, which should resolve on its own within 12 to 24 hours,” says Dr. Labato. “However, if a cat is repeatedly vomiting or blood is present in the vomit, she should be seen by a veterinarian immediately.”

Gastritis is so prevalent in cats that the disorder ranks as the No. 2 reason people seek veterinary care for their cats, according to statistics provided by Veterinary Pet Insurance, the nation’s oldest and largest pet insurance company. Gastritis develops in both cats and dogs, and males are just as likely as females to be affected. Because younger cats are more prone to dietary indiscretion (that is, eating something inappropriate or eating too much), they are more likely to develop acute gastritis, while chronic gastritis can be seen in all ages and breeds of cats.

Let’s take a look at the various causes of gastritis, the clinical signs and treatments.

What Causes Gastritis in Cats?

Dietary indiscretion. Cats are sensitive animals, so any abrupt change in their diet can cause havoc with their gastrointestinal system. The same goes for overeating: some cats will stuff themselves, if given the opportunity, until they feel ill and vomit. Gastritis can be caused by environmental factors. Introduction of a new family member, a move to another home or noise from a nearby tree trimmer can bring about vomiting and diarrhea. However, it’s not uncommon for a normal, healthy cat to experience occasional bouts of acute gastritis during her lifetime. As long as the condition is “self-limiting,” meaning that it is short-lived and resolves on its own, there’s nothing to worry about.

Mild infections. Gastritis can be caused by a variety of viral, bacterial, fungal and parasitic infections.

“Some parasites will have a migratory phase through the stomach and intestines, which causes irritation,” says Dr. Labato. “Some of the monthly heartworm preventatives are effective against some of the intestinal parasites. Blood tests are good for ruling out metabolic disease as a cause of vomiting and stool checks can help detect intestinal parasites.”

Foreign bodies. Often, a kitten or adult cat will eat something that irritates the stomach lining or causes a blockage. Hairballs, grass, plastic, aluminum foil or other foreign objects can all cause stomach irritation.

Medications. Certain medications or poisons such as antifreeze can cause severe gastrointestinal distress by irritating the lining of the stomach or by triggering a reflex mechanism that stimulates the vomiting center of the brain.

Intestinal obstruction. Cats who have swallowed inappropriate items — everything from string and yarn to toys and sewing needles — need surgery to remove the item. Blockages in the stomach can also be caused by tumors or other masses. Intestinal obstructions are more serious than gastritis, although the initial symptoms — such as vomiting and lack of appetite — may be similar.

Other diseases. Many diseases in other areas of the body can be associated with gastritis, including liver disease, neurologic disease, ulcers, irritable bowel syndrome and pancreatitis.

“A lot of diseases, such as inflammatory bowel disease, cause gastroenteritis, which is an inflammation in both the stomach and intestine. And ulcers are an extreme form of gastritis,” explains Dr. Labato.

Vomiting, refusal to eat and lethargy are the most common signs of gastritis. If blood is present in the vomit or if vomiting persists for more than a short period of time, consult your veterinarian, who can prescribe the appropriate medication. Although an antacid such as Pepto-Bismol is recommended by veterinarians to treat dogs with gastritis, it is not safe to give cats.

“There is a little bit of aspirin in Pepto-Bismol and it shouldn’t be given to cats,” says Dr. Labato.

A veterinarian may also recommend that you withhold food and water from your cat for several hours to allow the gastrointestinal tract to rest, followed by a gradual introduction of water and a bland diet. Some suggestions: boiled chicken, turkey or rice.

For more severe cases, a veterinarian may administer antiemetic drugs that decrease or eliminate vomiting and provide fluids and electrolyte therapy for dehydration. In addition, he or she may order a complete blood count (CBC) and biochemical profile, conduct a urinalysis and analyze the stool. In some instances, further testing is required, including abdominal ultrasound, radiographs or even an endoscopic examination under anesthesia to look closely at the interior of the stomach.

No matter how diligently you watch your cat, there’s always a chance she will eat something that doesn’t agree with her or that she’ll have a reaction to a new food or medication. If an upset stomach doesn’t clear up quickly or if your cat is exhibiting obvious signs of discomfort or pain, seek medical attention.

It is important that you follow your veterinarian’s recommendations regarding diet and hydration for your cat. In many cases, after withholding food and water for a prescribed period of time, and then gradually introducing a bland diet, gastritis resolves on its own. After a few days, your cat can usually resume her normal diet and activities.