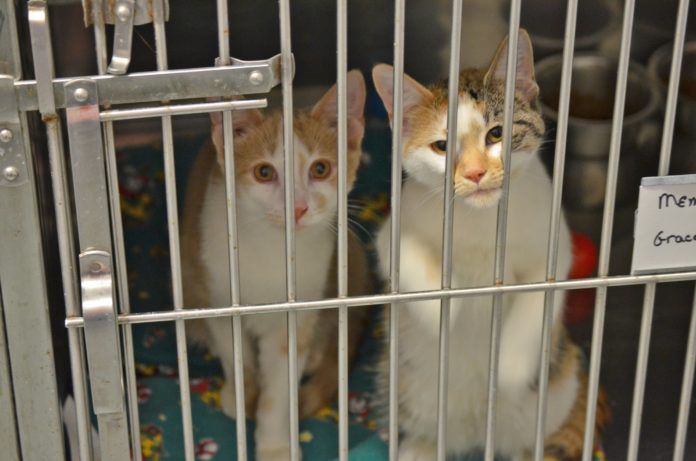 Over the winter, a rare strain of bird flu infected nearly 500 cats housed in New York City’s Animal Care Centers (ACC). At least two cats died after being infected with the H7N2 strain of the influenza virus, and a veterinarian with prolonged exposure to the infected cats tested positive, too.

“Anytime influenza does unusual things, scientists get interested,” explained Sandra Newbury, DVM, director of the Shelter Medicine Program at the University of Wisconsin-Madison, who assisted in identifying the virus strain that was infecting the ACC cats and managing their care. “This is the first time this virus has been detected and transmitted among cats.”

The situation came to light after a deceased shelter cat tested positive for influenza A, according to Dr. Newbury, who was initially contacted by Dr. Robin Brennen, the veterinary director of ACC. It was first suspected to be the H3N2 strain, which is known to infect dogs. But this assumption was immediately questioned because none of the shelter dogs were ill.

Further testing revealed that the cat had in fact been infected with H7N2, a strain of influenza virus that has been known to infect birds (which is why it is referred to as “bird flu”). It is not clear how the cat contracted the virus in the first place, according to Dr. Newbury.

As with humans, influenza virus infections in cats can be spread through the transfer of fluids from an infected cat’s eyes, nose or mouth to the eyes, nose or mouth of another cat. According to Dr. Newbury, this can happen through direct contact between the cats, through a cough or a sneeze, or through “fomite transmission” — which means that the virus can be transferred from a sick cat to an object, and from that object to another cat. The symptoms are unpleasant, but common: persistent cough, running nose and fever.

The spread of the H7N2 virus among the shelter cats was potentially a very serious problem. “In this case, since it is a new pathogen to cats and immunity usually develops with exposure, we would assume that very few cats have immunity to it. That means most cats would be susceptible to infection with the virus,” said Dr. Newbury. Fortunately, swift action and quarantine helped to limit the spread of the virus.

It’s important to note that no infections have been reported outside of cats housed at the ACC shelter or those who were in direct contact with cats that had been housed at the ACC. Dr. Newbury stressed that it’s unlikely for a cat to have had exposure to the bird flu influenza unless it was adopted from the ACC shelter between November 1 and December 15 of 2016.

Cats can transmit an H7N2 infection to humans — as demonstrated by the ACC vet who tested positive, but is now okay — likely through the same means that the virus spreads from cat to cat, according to Dr. Newbury. But other employees and volunteers all tested negative, and the cats made a straightforward recovery. — Catnip staff