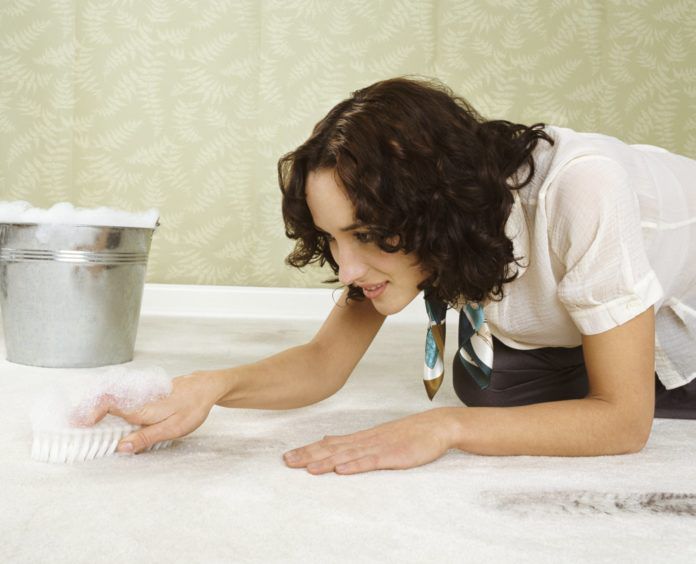 Each year, thousands upon thousands of cats are “relinquished” — turned over to local humane societies or other feline-friendly organizations — because their owners are no longer willing or able to keep them. Some of these abandoned cats will find new owners. But sadly, the less fortunate will eventually be euthanized.

Among the frequently cited reasons for relinquishment: A cat may be habitually and inexplicably hostile to its feline housemates or to its owners’ guests; the cat may be compulsively destructive to furniture and draperies; or it may be incurably fearful of any other creature that comes anywhere near it.

However, the most common reason for relinquishment is the behavioral syndrome referred to as feline inappropriate elimination (FIE) — a cat’s habit of relieving his bladder outside the confines of the litter box. (In some cases, FIE may also manifest itself in defecation outside the litter box, but this a rarity compared with inappropriate urination.)

Cats Who Pee Outside the Litter Box: A Common Issue

According to Nicholas Dodman, BVMS, director of the Animal Behavior Clinic at Tufts, about four percent of the estimated 75 million-plus cats living in U.S. households urinate outside their litter boxes weekly; one percent of them do it daily; and as many as one-fourth of them will temporarily engage in litter box aversion at one point or another during their lifetimes. “This is not merely a trivial nuisance,” says Dr. Dodman. “It’s a potentially lethal behavior. Many people just can’t handle a cat that urinates outside the box. So they surrender it to a clinic or to a vet to have it put to sleep. But this is typically unnecessary.”

According to Dr. Dodman, the main causes of urination outside the litter box are: medical conditions or hormonal irregularities; urine marking; and — most common of all — litter box aversion. To eliminate the possibility that medical or hormonal issues are responsible, he advises that the first step an owner should take in addressing the problem is to have the cat thoroughly examined by a veterinarian.

The aim of the exam will be to identify any physical condition or hormonal imbalance that might be causing the discomfort or urinary urgency that is responsible for the behavior.

Eliminate Possibility of Health Problems As Cause

Physical conditions include diabetes mellitus, which will cause a cat to drink excessive amounts of water and, consequently, to experience frequent bouts of uncontrollable urination. Other possibilities include tumors in the bladder; kidney disease; physical trauma that has impaired the bladder and its ability to control urine flow; and a poor diet, which can cause bladder blockage and irritation.

The most common medical cause, notes Dr. Dodman, is cystitis, an inflammation of the bladder wall. “Increased frequency of urination is a usual sign of this painful disease,” he points out, “and I think the cat somehow associates the pain in its bladder with the act of urinating in the box.” Consequently, the cat is apt to begin avoiding the box in an effort to avoid the pain — which accounts for out-of-the-box elimination in these cases.

It is also possible that a clinical assessment will indicate a systemic deficiency of certain anxiety-alleviating hormones, in which case the veterinarian may prescribe a pacifying drug such as fluoxetine or buspirone, whose stress-reducing effects have been shown to help with litter box avoidance in cats. “If a medical or hormonal problem can be identified by means of urinalysis and other tests and is then treated with proper medications or surgery, the litter box issue will usually just go away,” explains Dr. Dodman.

Regarding urine marking, which also may be treated with anxiety-reducing drugs, Dr. Dodman points out that unneutered cats — especially males, but occasionally females when they are in heat — are by nature inclined to engage in this behavior, in which an animal lifts its tail and sprays a small amount of urine on a wall or other vertical surface to stake a territorial claim.

“The cat isn’t trying to empty its bladder,” Dr. Dodman explains. “Whether it’s spraying indoors or outside, the animal is using its urine as a form of graffiti to declare its presence. Inside the home, the marking might be in locations where other cats have been.

“If the cat is very attached to his owner, it may spray against the furniture where the owner has been sitting. That’s to drive off other cats — to say, in effect, ‘This person is mine … get away!’ But the spraying can also be done indiscriminately — on heating vents, or on stoves and refrigerators.”

This behavior, says Dr. Dodman, will persist throughout life for an unneutered cat, but will soon cease in 90 percent of males that have undergone castration and females that have had their ovaries removed. If a male cat that has undergone neutering continues to urine mark, it is possible that the surgery was incomplete — that only one of the animal’s two testicles was removed. A thorough physical exam is likely to reveal whether this is the case.

The Problem is Probably the Litter Box Itself

If medical, hormonal and habitual urine marking are ruled out, Dr. Dodman says, the cause of inappropriate urination is most likely a cat’s rejection of its litter box. For example, the box may be positioned inappropriately; the litter is not scooped often enough, or the box is cleaned with a harsh chemical, such as bleach. Additionally, the cat may not like the litter that is used (some cats dislike the strong odor of scented litter, for instance).

Other potential problems include an amount of litter poured that is too shallow; or the sides of the box may be too high, making it difficult for the cat — especially if it is elderly or overweight — to get into and out of easily.

A well-maintained litter box is one that a cat approaches eagerly, hops into easily, and is able to move around comfortably. To best facilitate this activity, Dr. Dodman recommends the following:

Despite manufacturers’ claims that non-clumping litter is superior to clumping litter, most cats prefer the clumping variety. It’s more hygienic, more scoopable, emits fumes that are less noxious, and its sandy texture is more pleasant for a cat to walk on.

The litter, which should be between two and four inches deep, should be scooped daily and replenished several times a week, and the box should be cleaned thoroughly with a mild detergent — not with bleach or other harsh-smelling chemicals. It is also important for the owner to thoroughly and immediately clean up any areas near the litter box — or elsewhere in the house — where the cat has urinated.

Position the litter boxes strategically throughout the home — at least one box for every level of the house — in low-traffic areas where the cat will not be disturbed “midstream.” Avoid placing the boxes in dark, damp, inconvenient cellars or near furnaces, washing machines or other noisy appliances. And make sure that the sides of the box are low enough so that the cat can get into and out of it easily.

In addition, Dr. Dodman points out, individual cats may have certain idiosyncratic tastes. Some don’t like hooded litter boxes; others don’t like the box to be lined with newspaper or to be placed on a sheet of plastic. Such matters of taste should be taken into consideration.

“Litter box problems are actually quite easy to recognize and address,” says Dr. Dodman. “And if the owner pays attention to these guidelines, the success rate should be close to 100 percent, usually without the use of medications. But remember that if an underlying medical condition is present, it needs to be addressed. No litter box shell game is going to solve the problem.”