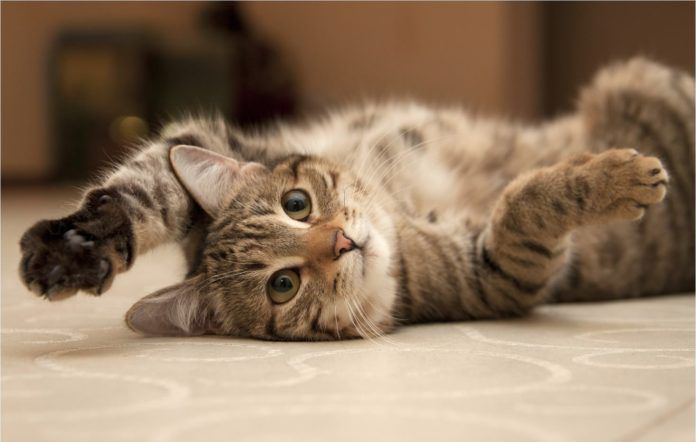 There is a variety of bacterial, viral, parasitic and fungal diseases that can affect both cats and humans. These zoonotic diseases can be passed from an affected cat to her owner through touching, biting or scratching.

A list of these illnesses includes those caused by parasites such as hookworms and roundworms. The list also includes the most deadly among all zoonotic disorders: rabies. This disease is caused by a virus that is present in an infected animal’s saliva and is somehow passed — most often through a bite or scratch wound — into a human’s bloodstream and subsequently migrates to the victim’s central nervous system.

While cat owners should be acquainted with these and other serious zoonotic diseases, they should also be aware of a more common disorder called feline bartonellosis — otherwise known as cat-scratch disease (CSD). While typically much less consequential for most humans than a hookworm infection or rabies, CSD is also the most commonly diagnosed among all zoonotic diseases associated with cats.

According to the American Association of Feline Practitioners, approximately 25,000 people are diagnosed with this disorder each year in the United States alone.

Feline bartonellosis — which actually affects an estimated one-third of the worldwide feline population — is caused by infection with bacteria called Bartonella henselae. These bacteria are carried by cat fleas — almost always a specific type of flea called Ctenocephalides felis — that are commonly found in a cat’s fur. Cats of all breeds are similarly at risk, although those who spend all of their time outdoors are much more likely to be exposed to bacteria-carrying fleas and to eventually develop bartonellosis.

Indoor-outdoor cats, however, as well as those who spend their entire lives inside are also at some risk for coming into contact with fleas and the potentially dangerous organisms they carry. Cats can become infected with B. henselae from flea bites, from flea feces that get into wounds and from fighting with infected cats, explains Felicia Nutter, DVM, an associate professor in Tufts’ Department of Infectious Disease and Global Health. (See related article on page 5 of this issue on flea control.)

It is estimated overall that 40 percent of all cats in the U.S. carry the bacteria at some point in their lives, although most cats with the infection show no signs of illness. Kittens younger than one year of age are especially likely to have B. henselae infection and to spread the germ to people, largely due to their tendency to scratch and bite while they play.

The prevalence of feline bartonellosis in the U.S. varies significantly depending on region. “Because the disease is transmitted by fleas, the prevalence is higher in areas that are warmer and more humid and therefore have a greater flea burden,” says Dr. Nutter. “In places such as Texas, Florida and southern California, for example, you may have evidence of bartonellosis in 35 percent to 50 percent among cats who have been tested. In other parts of the U.S. — in the northern states where there’s a harder freeze during winter — the prevalence will tend to be much lower, maybe 15 percent to 20 percent.”

Not all cats who are exposed to the B. henselae bacteria will develop cat-scratch disease or show any signs of it. For those who are infected, the role that the bacteria may play in causing disease is not well understood. Cats known to have been infected with the bacteria have displayed a range of clinical signs including those associated with chronic inflammatory disorders affecting the respiratory, urinary and gastrointestinal tracts as well as the heart, the eyes and the mouth.

The signs to expect

The most commonly observed signs include one or more of the following: swollen lymph nodes; persistent fever; vomiting and diarrhea; respiratory problems, including frequent sneezing and nasal discharge; and inflammation of the mouth and gums. In some instances, several of these signs may be present simultaneously. However, notes Dr. Nutter, “It is important to understand that these clinical signs are not specific for bartonellosis only. They can be caused by a wide variety of other diseases. If your cat is showing these or any other signs of illness, you should certainly consult your veterinarian.”

CSD can spread to humans, says Dr. Nutter, when an infected cat licks a person’s open wound or bites or scratches a person hard enough to break the surface of the skin with “dirty” claws that are carrying flea excrement. Within two weeks or so after such an occurrence, a mild infection can occur at the site of the scratch or bite. The infected area may feel warm or painful and appear swollen, marked by “a small red bump — a papule.” A person with CSD may have a fever, headache, persistent fatigue and poor appetite, and, she adds, the victim’s lymph nodes closest to the original scratch or bite may become swollen, tender and painful.

For the vast majority of people with healthy immune systems, the fever and “malaise” is apt to be self-limiting. “The fever and discomfort may not require any treatment at all,” says Dr. Nutter. “They may just disappear after a few days or a few weeks.”

But for a small number of people, CSD can have serious complications affecting the brain, eyes, heart or other internal organs. “The very young, the very old, and those with a compromised immune system,” she points out, “can be at risk for a more serious disorder, such as heart valve disease.” The Centers for Disease Control and Prevention concurs, noting in a recent report that, in a small number of cases, cat-scratch disease can infect the heart or cause the brain to swell. Most of the people who get seriously ill from cat-scratch disease these days, the report notes, are people who are immunocompromised, such as those on immunosuppressive therapy or those with HIV.

“If you have a cat and are showing signs that you may have the disease — a scratch on your hand, for instance, and swollen lymph nodes in your armpit on the same side as the scratch — you should certainly see your doctor,” says Dr. Nutter. “The doctor may order a test for bartonellosis — a special test to see if you have antibodies for B. henselae.” If this and other possible tests confirm a B. henselae diagnosis, treatment is likely to involve the use of an antibiotic, such as erythromycin, which will usually be administered for two to three months. In patients with significant immunosuppression, long-term management with low doses of antibiotic is usually necessary to prevent relapse. — Tom Ewing