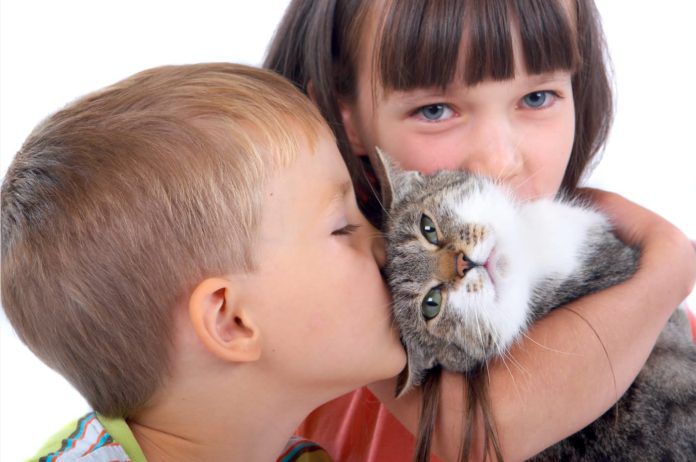 Q I have a black cat that I rescued from a shelter five months ago, hoping that I could train him to be a therapy cat. My last cat and I served for 12 years with Pet Partners as a R.E.A.D. team. He was one of only six therapy cats in Michigan! Sadly, I lost him to squamous cell carcinoma.

Johna, the new cat, has adjusted well except that he will bite — both mock and actual. He was in the shelter for four years and this behavior may have been a survival skill. He interacted with 50 cats daily, but they were in separate cages at night. He also does not like to be handled much. Maybe he was not handled during the crucial “socialization” window as a kitten. He does like to cuddle on your lap, on his terms, but has a very low tolerance when picked up. He wants to be put down right away. I know his signals, and still I have been bitten a couple of times. My five-year-old grandson has been scratched and nipped trying to move him off his chair. So when they’re visiting, I no longer let him handle Johna.

I was really hoping that I could work with Johna on this, but so far we haven’t made much progress. Consequently, I could never trust him as a therapy cat. He has to come when he’s called, be predictable and willing to be handled. Can you offer any suggestions to change the biting behavior so I could at least safely keep him in my home and around visiting children? He is bonded to me and gets along with our older cat.

Thank you so much for any help you may be able to offer!

A Dear Charla: Although Johna is not a good candidate for therapy cat training, he could be a wonderful companion otherwise.

For example, we may return after a long day at work and want to settle in for a nice long petting session with our cat. This can be overstimulating to a cat that prefers lots of brief contact throughout the day. Of course, there are exceptions — like your therapy cat.

I agree with you that he may also be particularly intolerant of handling because of a lack of sufficient socialization during his “socialization window.” His aggression directed toward your grandchild was likely motivated by fear.

For cats that bite when being handled, it is best to avoid handling as much as possible. Petting sessions should be brief. Pay close attention to how Johna likes to be petted — for example, on the head or the side of the face, and limit petting to those areas. You may also increase his enjoyment of petting by pairing it with rewards such as delicious cat treats.

I recommend that you avoid picking him up. Instead, train him to jump up on cue (command). For Johna’s comfort and your grandson’s safety, please continue to prevent your grandson (and other children) from handling Johna. Children are not adept at reading feline body language and may not understand a cat’s attempt to discourage contact.

There are many hands-off activities that your grandchild may enjoy with Johna, such as playing with fishing toys. Clicker training — or other positive reinforcement training — is also an enjoyable activity for everyone.