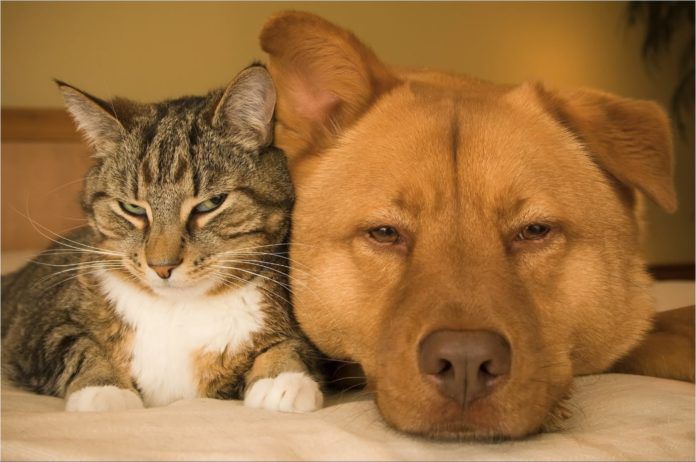 It’s an age-old debate that never goes out of style: Are dogs smarter than cats? Well, researchers may now have an answer once and for all.

A Japanese study published in the journal Behavioural Processes reveals that cats may be just as intelligent as dogs, based on the researchers’ conclusion after the 49 subject cats demonstrated the ability to remember which containers had food in them even after a 15-minute lapse in time. Returning to containers they ate from before indicates that cats have what’s called an episodic memory — much like humans and dogs.

According to Saho Takagi, a psychologist at Kyoto University, one of the interesting speculations from the research is that cats “may enjoy actively recalling memories of their experiences, like humans.” And according to the researchers, the feline mind might be able to remember much longer than this particular study shows.

The researchers also found that the cats were able to match dogs on more mentally challenging tests — including responding to gestures, facial expressions and emotions. They hope that in helping us to better understand cats, it will help to establish stronger cat-human relationships.

Because cats have better olfactory discrimination than dogs do, new research suggests that it might be beneficial to make a case for training domestic cats as search and rescue animals. The study was recently published in the journal Applied Animal Behavior Science.

“Given the importance of olfaction in cat sensory perception, cats could be trained to discriminate between a variety of odors, therefore serving in working roles for detecting specific humans, medical scent detection, bomb sniffing or drug sniffing,” explained co-author Kristyn Vitale Shreve, a researcher in Oregon State University’s Department of Animal and Rangeland Sciences. “Cats outnumber dogs by almost 10 million in the U.S. alone, so cats may be an untapped resource for this type of work.”

Cats have a reputation for being difficult to train, but Shreve feels that challenges could be overcome if care is taken to “socialize the cat to experiences outside of the home, find rewards or experiences the cat most wants to work for, and use positive reinforcement to reward those behaviors you are trying to train.” — Catnip staff