Cats have an uncanny ability for sizing up their surroundings — through their noses. While our noses have 5 million odor sensors, theirs have as many as 200 million. Put into practical terms, what we can smell from 10 feet away, they can smell from a distance of 140 feet; they know what they’re getting for breakfast the second you start pulling back the pop top on the lid.

But there’s more. Cats have an organ we lack that allows them to smell pheromones, chemicals that signal the presence of other cats. Called the vomeronasal organ, it lets them know whether other cats have been on or near their territory, whether you’ve petted another cat, and whether a cat wants to mate. The vomeronasal organ sits at the roof of the mouth. It’s the reason cats open their mouths when they want to smell something.

Detecting the pheromones of a cat that has been in the vicinity but is no longer present is the feline equivalent of knowing that someone has been in the room because they left their purse, or their wallet. What we divine by sight, they figure out by scent. It’s why cats are always rubbing up against things — and you — with their faces and bodies. They are leaving indications that they have been there. Often, they are also leaving a message that what they have rubbed against is theirs. Scratching leaves olfactory messages, too.

A cat’s sense of smell is so critical to her understanding of her surroundings and her emotional comfort that providing an environment that respects a cat’s olfaction is one of the five pillars of a healthy feline environment, according to the American Association of Feline Practitioners and the International Society of Feline Medicine. We touched on those pillars in the June 2022 issue of Catnip, but this one requires some delving into for you to best tend to your cat’s needs. The steps to take are so easy, but they’re also so easy to miss due to the fact that our cats live in an olfactory world of which we are only dimly aware.

To allow a cat to feel comfortable with what she smells in her environment rather than threatened: 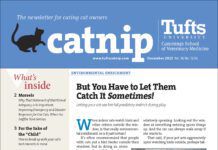 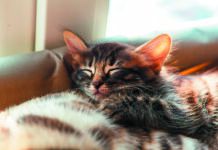 Easy Ways to Improve Your Older Cat’s Quality of Life 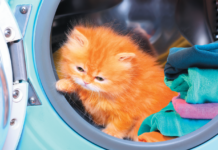