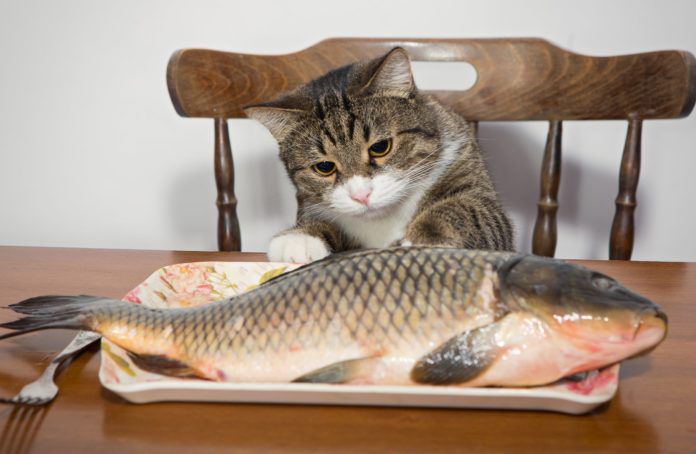 Many cat owners consider their cats to be finicky when it comes to the foods carefully chosen for them. In search of various flavors, textures, consistencies and list of ingredients, we sometimes can’t make heads or tails of the foods our cats prefer, and why. A new study may shed light on this mystery, however.

Researchers from the UK and Australia conducted a study —recently published online in the journal Royal Society Open Science — and they found that it actually wasn’t aroma, taste or texture that makes much of a difference in terms of whether or not a cat will eat a specific food. Ironically, the researchers determined that what matters the most is fundamentally the most important aspect to us, as well: nutrition.

The researchers provided food for the test study cats over the course of several weeks – some of which seemed particularly cat-appealing (like fish and rabbit) and even one that should not (a food flavored with orange).

Initially, the cats sought out the fish-and rabbit-flavored foods, but that changed over time. “Cats initially selected food based on flavor preferences, but after ‘learning’ (due to prior exposure) about the nutritional composition of the foods, cats selected foods to reach a particular target balance of protein and fat regardless of added flavors,” explained Dr. Adrian Hewson-Hughes, BSc, PhD, who led the study. Dr. Hughes is a senior research scientist at Mars Petcare in the UK.

As the study progressed, the cats moved towards the foods with a very specific protein-to-fat ratio —even when that food was flavored with a not-typically cat-friendly orange flavoring.

Their preferred protein-to-fat ratio appeared to be roughly 1 to 0.4, which means that approximately 50 percent of their energy is derived from the fat, and 50 percent from the protein. The cats enjoyed treats for the short-term enjoyment, but over time, they seemed to drift back toward foods with this specific nutritional ratio.

Exactly how the cats determined the foods’ nutritional makeup raises a new question for the researchers, however. — Catnip staff