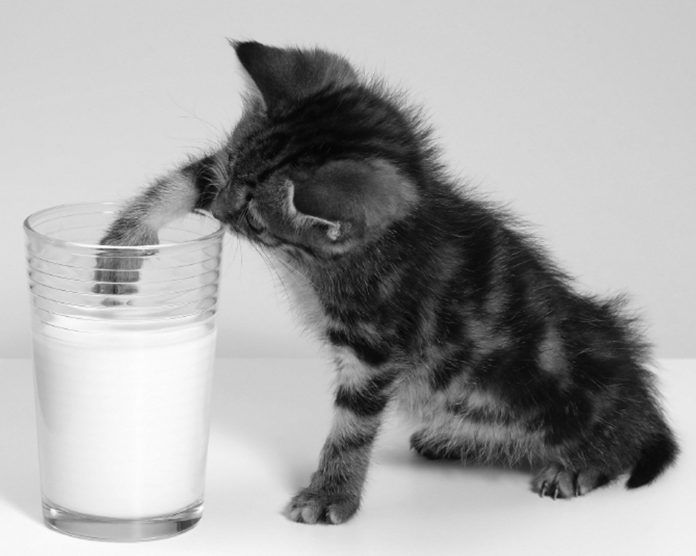 In past centuries, people invented fanciful explanations for cats’ mystifying behaviors. Modern science and common sense have debunked such notions as supernatural cats conspiring with witches. We know that cats have only one life, not nine. And black cats don’t cause future bad luck by dashing across our paths.

But urban legends persist. That’s because old wives’ tales may include partial truths, or rely on an inaccurate and coincidental cause-effect notion, says Nicholas Dodman, BVMS, veterinarian and director of the Animal Behavior Clinic at Cummings School of Veterinary Medicine at Tufts University. So exactly what’s truth, and what’s fiction about common feline urban legends?

#1 “My cat chases off strange cats and won’t cuddle on my lap. It must be because cats are independent and standoffish.”

It’s true that cats aren’t like people and dogs, and cats living in the wild do tend to be solitary. There’s a good reason for this. They hunt alone — after all, one mouse feeds only one cat — and come together mostly to mate, or raise kittens.

“Roaming around looking for females in heat seems to be about all the males do,” says Dr. Dodman. But that changes when food becomes plentiful.

“Cats thrive in large groups when there are plentiful food resources,” he says. “But it’s not simply like flies around a honey pot. Cats actually do form true communities.”

Cats are loners when they need to be, and every cat’s personality is different. It’s inaccurate to paint all felines as aloof loners. House cats with no worries about a next meal are social creatures with the capacity to enjoy interaction with people and other animals — when properly introduced, of course.

#2 “Cats need to drink milk every day. They drink it as kittens — cats love milk, so it must be good for them.”

It’s true that many cats like milk. Professor David W. McDonald from Oxford University in England studied huge colonies of barn cats, some on dairy farms.

“Their love of milk was one of the reasons they discovered that the cats actually formed and lived in communities and had a societal relationship with each other,” says Dr. Dodman. At one of the farms, cats got fresh cows’ milk every day.

“The cat’s digestive tract in general becomes somewhat lactose intolerant after kittenhood,” says Bonnie Beaver, DVM, veterinarian and professor at Texas A & M University, College of Veterinary Medicine and Biomedical Science in College Station, Texas. She is also a former president of the American Veterinary Medical Association. “Excessive milk can cause diarrhea and other GI upsets.”

The McDonald barn cats may have enjoyed the treat, but since they lived outside, the farmer didn’t have to deal with digestive consequences. Cats don’t need milk. They need water.

#3 “I’m pregnant, and my doctor said I should get rid of the cat because pregnant women shouldn’t keep cats.”

Cats can be infected with toxoplasmosis, a disease spread from their waste. The cats may not show any symptoms, and the disease can have severe consequences for a baby if the mother becomes infected for the first time during pregnancy. But as long as litter boxes are managed in a sanitary fashion, there is little danger. This is a great reason for the baby’s father to take on litter box duty.

In fact, people rarely get sick from the disease even if infected. When they do become ill, the family cat isn’t always to blame because most cases of human toxoplasmosis develop from eating rare meat. According to the U.S. Centers for Disease Control, more than 60 million men, women and children in the U.S. already carry the Toxoplasma parasite and don’t know it. The immune system usually keeps the parasite from causing illness.

#4 “I found my cat trying to suffocate my baby! He was nearly on top and was sucking the baby’s breath.”

Cats love warmth and cozy places to sleep. A human infant’s crib can be very appealing to felines, and the baby himself gives off attractive warmth. So it’s true that cats should be supervised around infants.

A cat snuggling next to a tiny baby might accidentally cause a problem. Consider a 10-pound cat sitting on a 7-pound baby’s chest. That could seriously impair a baby’s ability to breathe.

But cats do not “suck the breath” of babies, or anyone else. They are very scent-oriented creatures, though, and may sniff around a baby’s mouth. Seeing a cat enjoy the milky breath of an infant likely gave rise to this myth.

#5 “Cats watch everything. They don’t care about smells as much as dogs do.”

It’s true cats spend an enormous amount of time gazing into space, and generally watching the world go by. They appear to be fascinated by movement and react to the slightest motion. Sure, they sniff food before agreeing it’s edible, but we don’t notice them putting nose-to-ground like a hound. Therefore, it’s been assumed that cats rely mostly on vision, while dogs are primarily an olfactory species.

“Cats are at least as olfactory as dogs,” says Dr. Dodman. “That’s been discovered within the last 15 years.”

Cats may not follow scent trails on the ground, but spend an enormous amount of time sniffing objects and do explore their world through scent. In fact, cats (as well as dogs) have more than just a nose going for them. The vomeronasal organ inside the roof of the mouth detects and analyzes chemicals related to other cats’ sexual status, among other things. To use this organ, cats make a strange facial expression called the gape, with mouth slightly open giving a snarly appearance.

“People don’t know what that is, and might think the cat’s being fierce,” says Dr. Dodman.

#6 “I went on vacation, and my cat got mad. When I came home, he sprayed the furniture and ignored me for three days out of spite.”

Missing the litter box, scratching furniture and aggression frequently are blamed on vindictiveness or retribution.

“We cannot prove spite because we can’t ask the cat,” says Dr. Beaver. A cause-and-effect assumption isn’t always accurate. Cats often react to stress with marking behaviors using claws and urine, or aggressive posturing or even avoidance if they feel uneasy or fearful.

“In reality, the behavior is related to something else,” says Dr. Beaver. They sprayed on the couch after owners were gone two days, she says, but maybe the owners also forgot to change their cat’s litter.

“There are all kinds of other reasons for the animal doing that, other than for spite,” she adds.

#7 “My cat hissed and growled at me, and tried to attack the other cats, because she’s dominant.”

“Forget thinking about dominance,” says Dr. Beaver. “Cat dominance is very different than what we typically think of with humans or even in dogs.”

She says even behaviorists shy away from using the term because it’s been used inappropriately.

“Animals that live in groups typically have social orders and relative rank,” she explains. “Most things in life are not determined by dominance.”

“A lot of animals who are aggressive toward owners don’t trust them, due to inappropriate punishment,” he says. Cats also act aggressively toward other animals because of anxiety and defensiveness.

#8 “Any time my cat does something bad, I punish her. Cats only learn when you punish them.”

“Do YOU only learn through punishment?” asks Dr. Beaver. “Cats learn by exploring, and by trying different things. There are many different ways to learn.”

The term “punishment” is confusing because there are two forms, says Dr. Dodman. Positive punishment adds something noxious, while negative punishment takes away a reward in response to the animal’s actions.

“Positive punishment in the form of slapping or hitting to reduce the frequency of a behavior is absolutely unacceptable,” he says. “Physical punishment generates anxiety in the animal, which can create a greater propensity for aggression. And you will damage the human-animal bond.”

#9 “My cat loves heights. I don’t worry about him jumping or falling because cats always land on their feet.”

“That’s sort of half true,” says Dr. Dodman. Cats usually can turn around in mid-air and orient themselves to land in a four-on-the-floor position, he says, but only if they have time and space to right themselves.

Falling from high elevations doesn’t preclude injury, though, even if the cat lands on his feet. Broken legs, cracked chins and internal injuries can result from such falls. Cats need at least two-and-a-half feet to right themselves.

“If you held a cat upside down right off the ground and let him go, he would fall on his back,” says Dr. Dodman.

Similarly, this mechanism works best from a horizontal position. When a cat falls in a head up, tail down position as from a child’s arms, he’ll land on his furry nether regions.

#10 “I love hearing my cat purr because it means she’s happy.”

While cats do purr when they’re happy, they’ve also been known to purr when injured or even as they die. One recent purr study indicated certain purrs contain a specific kind of tone when cats ask for something. That received media attention suggesting it supported the notion cats are manipulative, selfish creatures.

“We’ve got to be careful not to take those studies out of context,” says Dr. Beaver.

Cat researcher and ethologist Paul Leyhausen said a cat’s purr is similar to a human smile.

“We smile for a lot of reasons,” says Dr. Beaver. “Some smiles are manipulative. The majority of them are not.”

Cats are fascinating enough without making up stories about them. Knowing the facts can only deepen our appreciation of these unique creatures we love.