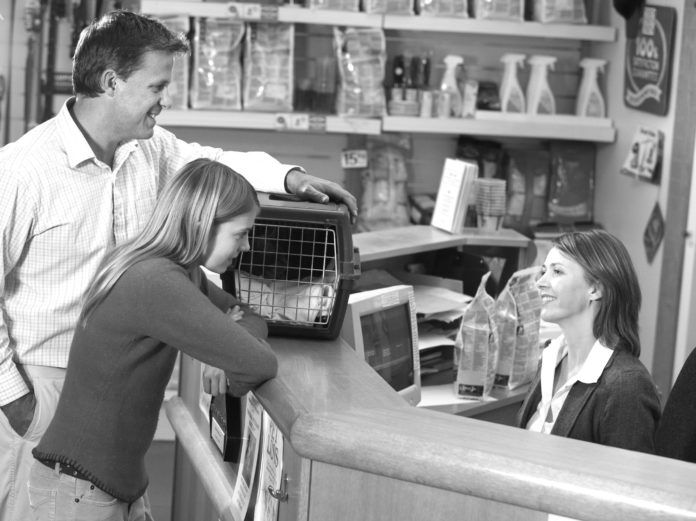 Car sickness, an affliction marked chiefly by an animal’s inability to ride in an automobile for any length of time without becoming physically ill, psychologically disoriented, or both, affects a high percentage — perhaps as many as half — of all household cats in the U.S. In some cases, the disorder and its alarming manifestations may be caused by a fleeting disturbance of a cat’s vestibular system — the complex array of nerves and other components, centered in an animal’s inner ear and lower brain, that governs his sense of balance and coordinates the movement of his head and eyes.

Signs of Car Sickness in Cats

Usually, however, the unpleasant signs of car sickness are brought on by psychological problems. The animal finds himself in the strange, dark, confined environment within a moving vehicle. He soon becomes upset, if not terrified of these alien surroundings. And he responds by, among other things, becoming nauseated and losing control of his bodily functions — vomiting, urinating, or defecating in his carrier.

According to Nicole Cottam, MS, ACAAB, Behavior Service Coordinator at Tufts University School of Veterinary Medicine, other signs of car sickness include excessive drooling, persistent crying and whimpering, and caterwauling (loud, tormented hypervocalization). “Some cats may become very active inside their carriers,” she says, “while others may freeze. They’ll remain absolutely still or they’ll just lie there shaking.”

Fear of the Cat Carrier

The problem can start in the home, notes Ms. Cottam, when the owner, preparing for a car trip, puts the cat into the carrier. “The cat may associate the carrier with a trip to the veterinarian,” she says, “whether or not that is the actual destination. Before you even get the carrier into the car, you might see some clear body language. The cat’s pupils may dilate, the hair on his tail might stand up, and he might start hissing and scratching at the owner. These signs are the result of pure fear. The cat has learned from experience that he’s being moved around without knowing why. He has no control over the situation, and he has nowhere to run and hide. And when he gets to the vet’s office, he’s poked and prodded and given injections.

“So, to him, just the sight of the cat carrier makes him think, ‘Oh-oh — I know what’s coming next!’ Finally, you get the cat into the carrier, put it into the car, and drive away. And when you reach your destination — whether or not it’s the veterinary clinic — you open the carrier and there’s vomit and diarrhea inside. And the cat may be lying there, immobile or shaking with fear.”

How to Help A Car-Sick Cat

To prevent car sickness — or at least reduce the chances of its occurrence — a cat’s owner should commit to a carefully orchestrated series of behavioral training measures. This training program should begin when the cat is no older than eight or 10 weeks of age.

First, Ms. Cottam advises, the cat should become acquainted with his carrier inside the home; he should learn that being confined within the carrier poses no threat—that, indeed, it can be a pleasant experience. “Place the carrier, with the door open, on the floor of your living room,” she suggests. “Put some treats in there, and the cat will soon start wandering in and out. If you put a blanket inside, he may even start using the carrier as a pleasant resting place. When the cat eventually seems to be comfortable, start closing the door periodically and then opening it again after a few minutes. As long as you keep giving the cat treats, he’ll soon get used to the idea that he may be confined inside for short periods of time.”

The next step, she says, is to get the cat, enclosed in his carrier, accustomed to being inside the car. Place the carrier gently onto the back seat, secure it with a seat belt or strap, get behind the steering wheel, and just sit there for a few minutes without the motor running. Again, make sure that the cat has plenty of treats inside the carrier and one of his favorite toys — a treat ball, for example — to occupy his attention.

After a week or so of this routine, the cat is likely to be comfortable with being in his carrier and inside the car — and it’s time to turn on the engine and start taking him for short rides once a day, maybe just around the block, and returning home. Soon, says Ms. Cottam, the cat will probably get used to traveling in the back seat of your moving car, even if the ride is a bit bumpy or if the journey ends at the veterinary clinic.

Drugs Can Be Helpful for Car-Sick Cats

While recommending this process, Ms. Cottam notes that some cats will never be relieved of their motion sickness without some form of medicinal treatment. In some cases, for example, a veterinarian may prescribe an antihistamine such as Dramamine or Benadryl to relieve nausea.

“Another option,” she says, “is an anti-anxiety drug called Buspar, which may relieve nausea as well as anxiety.” This drug also requires a prescription from a veterinarian. Although a variety of over-the-counter holistic drugs that claim to relieve anxiety are available, Ms. Cottam says: “We haven’t had a lot of success with them.” She does suggest, however, that feeding a cat a “tiny bit” of ginger — or a ginger snap — prior to setting out on a motor trip may help to prevent or relieve motion sickness.

In all cases, she stresses, no medication should be used without the approval of a veterinarian.

“But in most cases,” she advises, “the key to preventing car sickness is getting your cat used to car travel when he’s a kitten.”