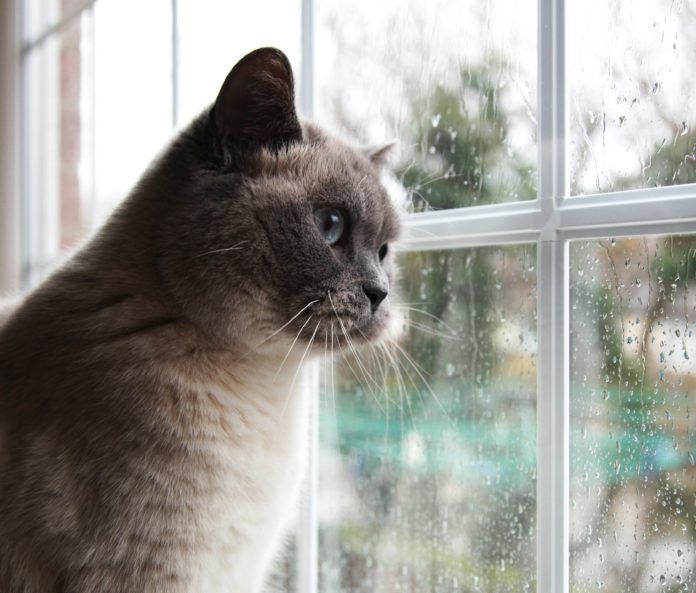 The truth is that cats are generally regarded as non-compliant subjects, and that most professional photographers get few requests to train their lens on them. “Cats, being notoriously cantankerous and uncooperative, will most likely get up and move once you have placed a light near them,” says Michael Weymouth, a commercial photographer who works from his Weymouth Design office in Boston. That makes it difficult to set the stage, so to speak.

Still, how many times have you wanted to capture those moments that show your pet’s beauty and personality, whether stretched along a stream of light or gazing out the window? The good news is that even professional photographers say you don’t need a top-notch camera with a collection of specialized lenses to manage a frame-worthy image. You can do a good job with your handy smartphone camera. You just have to keep in mind some basics about light and overall composition that the professionals use.

For starters, Mr. Weymouth suggests taking advantage of your cat’s natural affinity for window light. It’s the same light source Dutch painter Johannes Vermeer used in his paintings, explains Mr. Weymouth. “You can’t go wrong,” he says. “Cats like the warmth of the sun, or to be near a window to scope out the squirrels and chipmunks outside.”

Try not to manipulate the lighting by resorting to using the flash. It isn’t good for cats because it makes their pupils dilate drastically, explains Mr. Weymouth. Though lighting certainly matters, you don’t want to miss your opportunity to capture the shot. “Many of the cute things cats do to inspire photos happen quickly and spontaneously, so when those events occur, it’s best to accept whatever light source is available,” says Mr. Weymouth.

That said, angles are important to keep in mind. From which direction does the light shine? From what angle should you aim your lens? If light is shining from directly above your subject, the light will cast deep shadows on our cat’s features, explains Mr. Weymouth.

Forget the notion of myriad lenses for a high-end camera. To get truly great photographs of your cat, simply keep your smartphone at the ready. Consumer Reports notes that “smartphones have high-resolution sensors to produce sharp cropped or enlarged prints. They have optical image stabilizers to minimize blurriness from a shaky hand. And they can capture spur-of-the-moment video with high definition clarity.” Moreover, they’re usually nearby, and have the added benefit of allowing you to share photographs instantly.

If you want to expand beyond your smartphone or basic camera, you can try a GoPro camera, wide angle, like Mr. Weymouth uses, placed on the floor. “Since it’s at mouse-level, a cat will come over and inspect it … and then you push the shutter,” he says. “A GoPro video is so sharp, you can set the camera on video mode so the camera sits there by itself, recording, and when you download the video file, you can take a screen grab from it, which will be nearly as sharp as a screen image.”

Getting the best photographs of cats is not so difficult if you take advantage of your cat’s routine. “One of our cats used to sit on an old family heirloom highchair whenever we ate a meal,” recalls Mr. Weymouth. “Apparently, he figured out that was where the food was, so we used to place the highchair at the dinner table and occasionally feed him tidbits.” Moments like these are wonderful to catch naturally as they occur.

Perhaps your cat rests Zen-like atop the fridge, gazes longingly at the bird feeder on the other side of your family room window, or has a favorite stuffed animal she enjoys cuddling with. Maybe you want to try to catch your cat batting about a catnip-stuffed mouse or slapping at your spouse’s head in the morning. Or maybe you want to bring family members into a semi-staged photograph. “Having a child holding a cat as part of the photo is always nice,” says Mr. Weymouth. Another possibility is dangling a toy overhead in one hand, camera in the other, getting a nice overhead image of your cat reaching up to grab hold of the toy.

For the most part, eye level works best when photographing your cat, much like any painted portrait. And while they generally won’t sit still for you, “food is a great motivator,” Mr. Weymouth says. “However, it’s hard to get the food out of the frame once you have lured the cat to where you want to photograph it. The best route is to notice his natural routine and be ready with your camera.”

Catching your cat mid-action without distracting her is key. You’ve likely had the experience of ruining an opportunity to create an ideal photograph simply because you moved toward your camera, shifting your cat’s attention to you instead of whatever she was doing. That’s why a zoom lens can save the day. Mr. Weymouth contends using the zoom feature is usually your best bet because it puts some distance between you and your cat, allowing you to get whatever degree of closeness you want for the picture without your cat being aware.

If you’re one of the lucky ones, you may have a cat that isn’t concerned with your movements or whether or not she’s facing down a lens. “Some cats are natural camera hogs and don’t mind you being in their face,” says Mr. Weymouth. But whether camera shy or not, know that your cat will most likely determine the composition. — Constance Lindner

The Special Challenge of Black and White Cats

Photographing a pure black or white cat creates a bit of extra effort. That’s because cameras and smartphones automatically expose for the background rather than just the cat, explains Mr. Weymouth. What you’ll tend to come up with is a photograph of a black cat appearing too dark or a white cat showing too white.

Though it’s not fair to get close and up front with a cat while using a harsh flash, there are times that you might want to resort to it at a

distance and not head-on when trying to get a picture of your black or white pet. Mr. Weymouth notes that for the most part, it has the same exposure as a non-flash when recording extreme black and white objects. “The only benefit of a flash is to create a good picture in a very low light setting, which is very often the case [when photographing cats], so it is worth having in your arsenal,” says Mr. Weymouth. In the pre-digital age, the ruining of photographs due to the harsh light of the flash was a

greater disappointment, but it is not the same loss today to dispose of a photo you’d hoped would work. You can try again another time.

Your best bet, according to Mr. Weymouth is using a point and shoot camera, taking the camera off “auto,” and setting it on P for program. This allows adjustment of the exposure using the +/- control. “Smartphones are not that sophisticated yet,” says Mr. Weymouth. “But you can always take any photo into Photoshop or a similar editing program and easily lighten or darken it.”