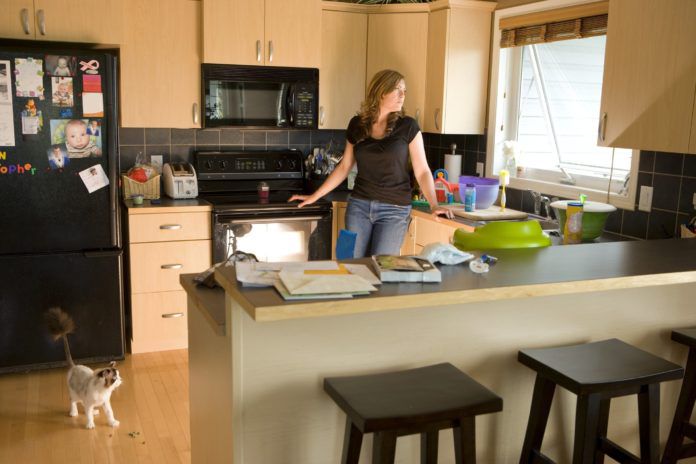 It stands to reason that cats who spend all of their time safely sequestered within the confines of their owners’ homes are far less prone to serious injury than outdoor cats. They rarely fall out of trees, and they don’t get hit by cars. However, this doesn’t mean that an indoor cat is completely out of harm’s way. Even within their own homes, they can suffer serious injuries, not the least of which are disabling and even fatal burns that result from a variety of factors, such as their own natural curiosity and, all too often, carelessness on the part of their owners.

According to Elizabeth Rozanski, DVM, a specialist in emergency and critical care in the department of clinical sciences at Tufts, indoor cats are at greater risk than outdoor cats of suffering serious and potentially life-threatening burns. Fortunately, she says, feline burn cases — compared with such life-threatening disorders as respiratory distress, urinary obstruction and traumatic wounds — are rarely seen in the emergency room at Tufts.

Burns are Not Usually Serious

In most cases, a burn will be trivial and the affected cat will simply heal naturally at home. “But serious burns do happen,” says Dr. Rozanski, “and when they do, I would never recommend that they be treated at home.”

There are three major categories of burns, she points out — thermal, chemical and electrical: Thermal burns are the most common of all, and they result from direct contact with flames, steam, hot liquids or hot objects, such as heat lamps, heating pads and hair dryers. These burns are usually caused by a household accident, most commonly one that occurs in the kitchen. A cat can be scalded, for example, by water spilled from a boiling kettle or spattered with grease from a sizzling-hot frying pan.

However, the kitchen is not the only place where a thermal burn can occur. For example, it can also happen if a cat is struck by a hot cinder that pops out of an unscreened fireplace in her owner’s living room or den. Or she can burn her paws by hopping onto the top of a lit stove. And, of course, she can suffer serious injury if trapped within a burning house or outbuilding.

Second most common are chemical burns, which occur when a cat’s skin comes in contact with a caustic substance, such as turpentine, lye or a harsh household cleaning agent. Any of these chemicals can cause a serious burn if it remains on the animal’s skin for an extended period. A cat can also suffer severe burns on her tongue and in her oral cavity if she attempts to groom a powerful and irritating chemical from her fur.

Electrical burns — the least frequently treated — most often occur when a cat chews through a live electrical cord or comes in contact with an inadequately insulated appliance. Such burns usually occur on the tip of an animal’s tongue or on the inside of her mouth. More threatening than the burn itself is the electrical shock that may occur, which can result in cardiac arrest.

Other types of burns can also have serious consequences. For example, solar burns, which are caused by excessive exposure to direct sunlight, are most often seen in white or lightly pigmented cats.

The prognosis for a serious burn depends largely on its depth and the type of tissue that is affected. In that regard, Dr. Rozanski points out, burns fall into three clinical categories — first-, second- and third-degree.

First-degree burns are relatively superficial, primarily affecting only the protective outer layer of a cat’s skin (epidermis). These burns are usually red in color, although they tend to lighten in tone when slight pressure is applied. Such lesions may be moist, swollen and painful, or at least extremely sensitive to touch.

Second-degree burns affect not only the epidermis but also the dermis — the sensitive connective tissue lying beneath the outer layer of skin. These lesions are typically swollen, blistered and — because the dermis contains nerve endings — likely to be extremely painful when touched.

Third-degree burns are the most serious, involving all layers of the skin as well as the underlying tissues. The skin surface may be white and without blisters or black and charred. Despite the severity of the lesions, pain will typically be absent due to the destruction of nerves that have occurred during trauma.

The prognosis for a burn depends to a great extent on the size of the damaged area. “If the surface area is the size of a nickel or quarter,” says Dr. Rozanski, “it will probably be readily treatable. But you’re going to run into more serious problems when you’re dealing with a burn that affects a large area of a cat’s body.”

As long as the traumatized area involves less than one-third or so of a cat’s body, the animal has a good chance of surviving if she undergoes immediate treatment, including surgery to remove dead tissue in order to protect against infection. But if the trauma has affected more than a third of the animal’s body, complications — including the risk of severe infection — come into play. In such cases, a veterinarian might recommend amputation of a damaged limb if it is untreatable.

And in other cases, extensive damage may be deemed irreversible and the veterinarian may recommend euthanasia. “This is especially likely to happen,” Dr. Rozanski notes, “if the cat has inhaled a lot of smoke or is exhibiting other signs indicating that she will be unable to fully recover.”

What To Do if Your Cat Gets Burned

If an electrical or chemical burn is suspected, veterinarians generally recommend that the cat be gently wrapped in a towel or blanket, placed in a cat carrier, and rushed immediately to the nearest animal hospital or clinic.

Regarding thermal burns (the most common type), the following is recommended: Immediately remove the cat from the source of the burn. Do not put ice on the affected area, since that can cause additional tissue damage. Do not use direct moisture — cold, running water, for example — since that can make the cat very cold, cause her to start shivering, and possibly make her go into shock.

And do not put butter or any kind of ointment on the wound because thermal burns usually have some degree of oozing associated with them, and any ointment can actually drive the fluid in deeper and make things worse. Then call your veterinarian or transport the cat — in her carrier — to the nearest animal care facility.

“If it’s a very small burn and the cat isn’t limping,” says Dr. Rozanski, “her wounds are probably going to heal just fine on their own within a week or so. Don’t clean the burned area, don’t bandage it, and don’t put an ointment or anything else on it because the cat is likely to just lick it off.

“Keep in mind, however, that some owners are good at assessing an injury, while others have a much harder time doing that. They might say that the burn didn’t look all that bad when, in truth, it was actually horrible. So, although a simple burn is likely to heal within a week or so, we still recommend that a veterinarian examine it unless the problem is nothing more than a scorched whisker or a singed tail.”