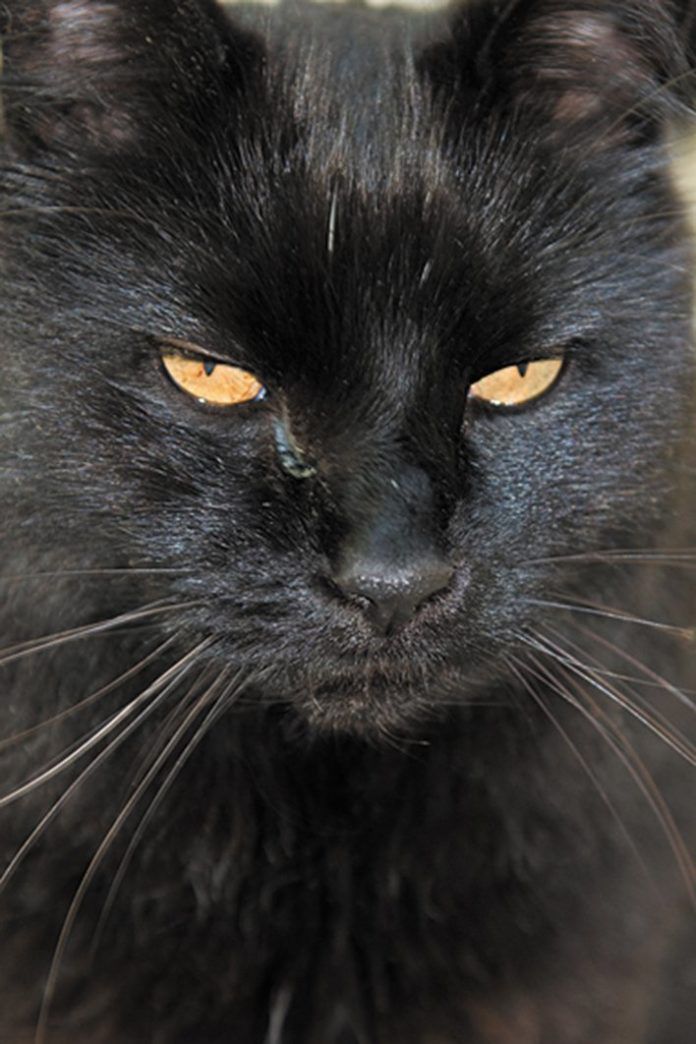 Apparently, being a black cat is bad luck — for the cat. According to a woman who runs a shelter in the British city of Bristol, people are not adopting black kittens because they don’t show up well in photographs. Moreover, Cats Protection, the largest feline welfare charity in the UK, says that black cats take 13 percent longer to re-home than cats of any other color.

Cambridge, Massachusetts-based photographer Susan Wilson understands the difficulty. One of the biggest problems with shooting a black cat is having it come out looking like two eyes and nothing else, she acknowledges.

But sleek-looking and often velvety in appearance, black cats can and should look absolutely terrific in photos, Wilson says. You just have to shed enough light on them when setting up the shot.

Since most cats live indoors, and pictures of them in sunlight are not generally going to happen, the thing to do is turn on the camera flash. “Your smart phone has one,” Wilson says, and you really need it because “the ambient light in a room is kind of dull. All the black will mush together in dull light. You want to make sure some kind of light is coming onto the cat’s face, or on the side of her face, or all the details will end up in the shadows.” Good light will light up individual strands of hair and set them off, creating a more striking effect.

Other tips for getting good photos of cats — not just black ones but cats of any color:

1|Try to get face to face with your pet. Much of the reason people love cats is their eyes. When the eyes are directly at camera level, a real connection is made between the subject and the viewer.

2|Keep the background simple and uncluttered. That keeps the emphasis on the cat. You don’t want unfolded laundry, dishes, and other household busy-ness in the background.

3|Fill the frame. Try filling the frame with just the cat’s head. So many times it’s the cat, the sofa, the bookcase, the end table….

4|Shoot as many frames as possible right away. Your cat is not going to keep posing for you endlessly. In fact, once she realizes you’re pointing something at her, she might decide to leave.

5|If you want to get better at it, shoot every day and start posting the photos you’re proud of on Instagram and Facebook. You’ll get feedback, and you’ll know you’re improving when a lot of people “like” or comment on a photo you’ve put up.