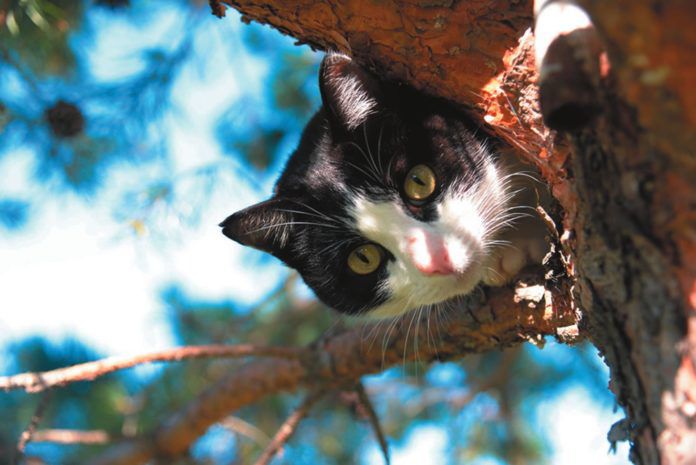 On television shows, rescuing a cat from a tree becomes a noisy neighborhood affair. Onlookers are shouting to each other and the fire fighter climbing through the upper limbs is calling down with progress reports. All that noise is the last thing a scared cat needs and won’t help coaxing it into the arms of rescuers.

Instead, it’s best to approach the cat quietly so it won’t spook when you reach out to it. Bring a treat. That might make it easier to convince the animal to come closer

Tip: Wait 24 hours before heading up. Sometimes cats figure out a way to climb down on their own, which they will find less traumatic than being rescued.