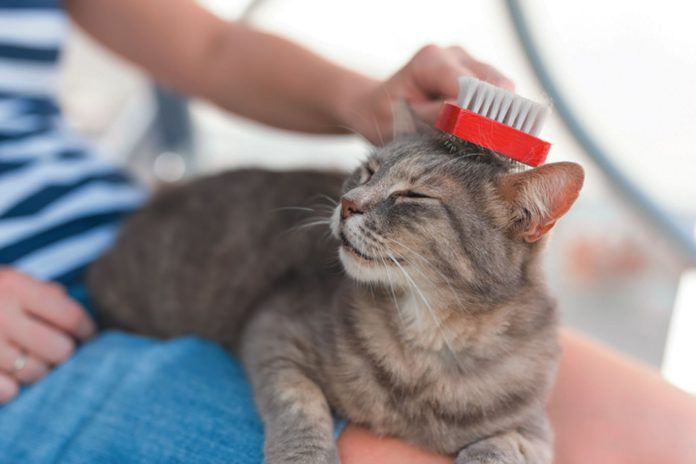 How a kitten is — or isn’t — nurtured tells a lot about the kind of adult cat she will grow into. For instance, a very young kitten who is picked up often and held for 15 to 45 minutes a day will probably end up a lot less fearful and skittish around people. And the more people who cuddle her, the more comfortable around human beings she will be.

But nurture is only part of it. As anyone who has taken a DNA test has found out, inborn nature is a huge factor. And cats, just like people, are to no small degree hard-wired for temperament. Consider research suggesting that a cat’s degree of fearfulness is more inherited from her father than her mother, even if she has never met him. An investigator at Cambridge University, animal behaviorist Sandra McCune, made the finding when she observed litters of kittens whose fathers were either friendly toward people or aloof. None of the kittens had ever even seen their fathers let alone interacted with them, but the friendliest ones had fathers who were friendly, too.

Can you get a sense on your own of how your kitten’s temperament will influence her adult personality long before she reaches adulthood? Can you evaluate the temperament of a kitten you are thinking of adopting? Yes.

Temperament testing is commonly employed with puppies to see how fearful or social or aggressive they are apt to turn out. But you can use a number of the same tactics on a kitten before adopting her to see what you might be getting yourself into.

1|Pick up the cat and put her on your lap. Try petting her. Is she enjoying the attention, or at least not minding it? Or is she squirming to make a get-away as quickly as possible, perhaps trying to scratch you in the process? That will tell you plenty.

2| Do something to arouse the cat, perhaps even scaring her a little bit, like shaking a set of keys behind her or slamming a door. If she shows fear, how long does it take her to recover? A little bit of arousal is to be expected. But if the cat freaks out, she may not be as easy a house pet as you hope she will be.

3|Put something particularly delicious in front of her. If she won’t eat something scrumptious in front of a new person, that’s a sign that she’s very prone to feeling stressed and afraid. The prognosis: a future filled with hiding under the bed as opposed to relaxing on the couch together. Some people may be okay with that, simply wanting to give a “fraidy cat” a good home. But if you want your cat to sit with you while you watch Jeopardy!, you may want to choose one who’s more apt to grow into a sociable adult.