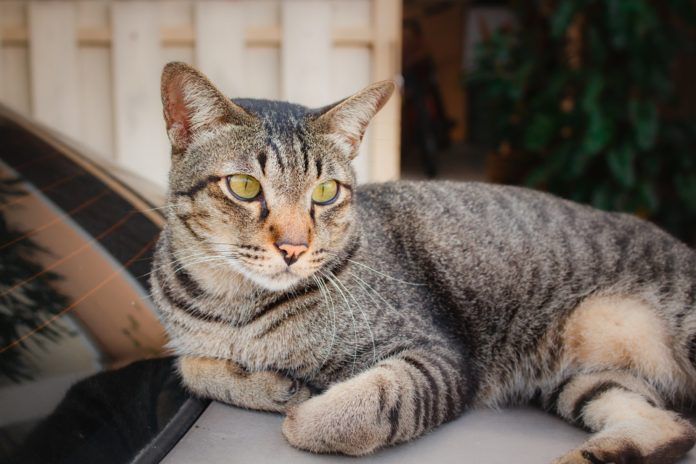 Among many other things, cats are appreciated for their colorful fur. When it appears that we’ve seen every shade imaginable, a cat of a different color shows up! Genetics is the key to this kaleidoscope of cat colors and patterns.

“We think that we understand how the different color genes work in cats, but for about one-third of them, the causative gene has not been identified. Sometimes a new color or pattern appears in a breed, and we have to change what we think about how it is transmitted. We are always learning,” explains Jerold S. Bell, DVM, adjunct professor of Genetics at the Cummings School of Veterinary Medicine at Tufts University.

In combination with colors, patterns such as ‘tabby’ or ‘calico’ help build the variety that can make a cat’s fur coat so impressive. The Cat Fanciers Association (CFA) use color and pattern to identify a breed, along with other characteristics and bloodlines.

It’s important to note that these descriptions are for identification purposes and are not considered ‘breeds’ in themselves. A breed is the combination of characteristics of a domestic cat that the CFA agrees to recognize as distinct from all other breeds. For example, the pattern ‘tabby’ is simply a pattern, not a breed. A ‘Persian’ is a breed that is bred for certain characteristics that all Persian cats have.

The bicolored cat is a cat with two distinct colors. White is the primary color, with the other color showing in a solid pattern or a ‘tabby’ pattern. The term ‘Harlequin’ is used when a cat is mostly white. The term ‘Van’ is used to describe a cat that is white with color on head and tail only. When a bicolor cat is mostly the secondary color, the white is referred to in their location on the cat’s body — such as locket (white chest); mitts (white paws); buttons (patches on abdomen). The ‘Tuxedo’ pattern is a solid black coat with white on the paws, belly and sometimes on the face.

To be considered a true tricolor by the Cat Fanciers Association, a cat must have three distinct colors. These colors must include orange (or red), black and a distinct white pattern or dilute version of the three colors. This distinguishes a true tricolor cat from a tortoiseshell pattern, which includes only orange and black, and the dilutions of orange and black — cream and gray (or blue as it is also called). This color is referred to as ‘calico’ or ‘dilute calico.’

As we’ll examine later in the ‘color’ section of this article, all cats’ colors are actually either orange or non-orange. The calico and tortoiseshell pattern is sex-linked, and appears as a mixture of orange and black, or their diluted version, cream and gray.

The much-loved tabby pattern is one of the most common patterns we see in cats. This pattern is separated into four varieties. The striped version is referred to as ‘mackerel.’ The blotched or marbled pattern is a classic tabby pattern, featuring a ‘bullseye’ appearance on the body of the cat. A spotted tabby is just as it sounds: Spots cover the body of this cat. In a ticked (or agouti) tabby pattern, stripes appear on the face and agouti hairs appear on the body. The agouti aspect of the ‘ticked’ tabby sports individual hair colors that are ‘striped’ with alternating light and dark bands.

In this pattern, the face, paws and tail (points) are of a darker color than the rest of the body. This pattern is caused by temperature variations. “The C class (colorpoint) genes are temperature sensitive. The lighter colored hair occurs on the body because of the higher body temperature,” describes Dr. Bell. “The darker colors occur on the legs, ears and nose due to decreased skin temperature in these areas. An example of a breed that is distinguished with points is the Siamese.

“The seal-pointed Siamese cat has dark brown points with dark brown nose leather and paw pads. The Siamese also can be a lilac-point with darker grey to very pale blue points. There are four recognized colorpoint colors for the Siamese and up to sixteen for other breeds of this pattern.”

There are two ways of describing a color in felines. One is the way you see them and the other is as an expert cat handler or geneticist calls them. For instance, what you may see as a gray cat could be called blue by an expert cat handler. A solid brown feline may be described as sable or chocolate by a breeder who understands the pedigree of the cat. The differences in hue and color are derived from the cat’s genetic make-up.

Orange is a common color for cats, in one variation or another. Dilutions create the soft cream colors you see in the Persian or Ragdoll breeds. Dr. Bell explains, “Orange — or ‘red’ as breeders call the color — is sex-linked. Due to this link, orange cats are more likely to be male. Also, the color is very rarely seen as a solid, in that it is closely connected to the tabby pattern.”

Black cats seem to be ubiquitous. Again, genes explain why this is true and why a true brown cat, such as the Havana Brown, is rare. “If a color gene is dominant and passed to offspring, then both the parent and offspring will have that color. All cats have a pair of B class genes. Black (B) is dominant to brown (b). Cats can only be brown (bb) if both parents passed on a recessive brown gene. If a black cat has one black and one brown gene (Bb) it can be black colored but produce brown offspring (if bred to a mate who also carries the recessive brown gene),” elaborates Dr. Bell. “Remember that black or brown will not be expressed if an orange gene is present on the X chromosome in the male, or two orange genes in the female. The orange gene will block the expression of the B class genes.”

The genetic variation of the color white can be seen in a variety of patterns such as solid, bicolored (as in the tuxedo pattern), or tricolor (as in the calico pattern). A solid white cat does not display any pattern beneath its coat. “White cats are not rare, just rarer than pigmented cats,” says Dr. Bell. “The majority of white cats are not albinos. The majority of white cats have at least one copy of the dominant white (W) gene. They have blue or yellow eyes. And it is commonly believed that blue-eyed white cats are deaf, but this only occurs in approximately 20 percent of them.”

When pigmentation is prevented, a rare anomaly is the result, in fact, creating a cat of no-color.As Dr. Bell elaborates, “Albinos are very rare: caused by a recessive genetic mutation that prevents all pigmentation. True albinos have pink noses and pink or very pale pink/blue eye color.”

As we see, genes are the primary determining factor in feline coat colors and patterns. The dilution gene is one of many genes that cause a coat to appear as a lighter version of the dominant color. “The D class (dilution) genes lighten hair color, causing gray, lilac and cream colors,” explains Dr. Bell.

“The Russian Blue breed is a great example of these phenomena, where the attractive blue coat this breed sports is caused by dilute expression of the dominant black gene. Your house cat at home may be what is referred to as a ‘dilute tortie’ making her a good example of how the D class genes lighten the dominant orange and black genes creating a soft cream and gray (blue) coat with a tortoiseshell pattern.”

Another example of dilution is the lightening genes in a brown-coated cat. “The I class (inhibitor) and E class (extension) genes can also lighten hair color. There are recessive copies of the b gene that cause chocolate or cinnamon variations of brown,” says Dr. Bell. Further dilutions of cinnamon cause a fawn colored-coat, often seen in the Abyssinian cat breed.

It’s no wonder we continue to be astonished at how beautiful cats are with their amazing genetic ability to create such a kaleidoscope of colors and patterns. A cat’s fur coat is an identifying factor in cat fancy and one of the many reasons that cats are so attractive to us! — Kim Cady

How Age and Temperature Affects a Cat’s Color

As your cat ages, her coat may change. This can make many owners a little nervous, but it is completely normal. “Just as with people, melanin (color) producing cells can diminish with age causing lighter hair color,” explains Dr. Bell. “Also, the melanin pigment in the hair shaft will fade over time, so darker hair that grows in seasonally (in the spring or fall) gets lighter before it sheds out in the summer or winter.”

Dr. Bell explains how temperature also contributes to coloration of cats with the colorpoint pattern. “Winter coats that form in colder temperatures tend to be darker on the body in these cats than summer coats. If a cat is shaved and new hair grows in during a different season, it can grow in a different shade. However, when it sheds out and is replaced with a new coat, the uniform color will return.”