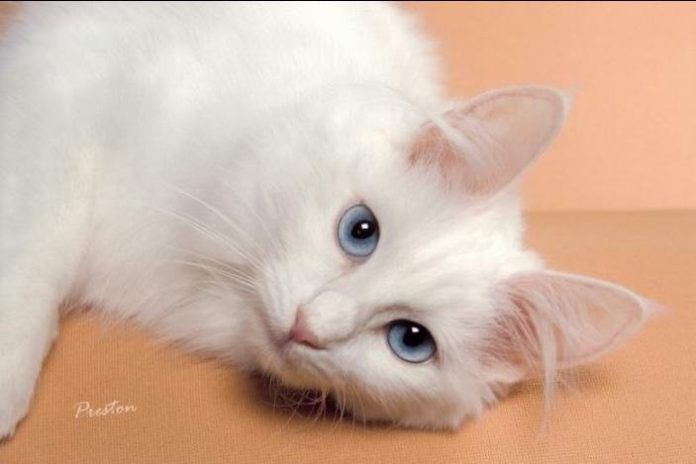 Thanks to breakthroughs in analytical genetics in addition to art, culture and literature, the oldest domestication of cats can be traced back to over 8,000 years ago. When grain farmers needed help controlling the rodent population in the region called the ‘Fertile Crescent’ — a crescent-moon shaped area including parts of the Near and Middle East — they first tried utilizing the help of weasels. But weasels proved to be difficult to domesticate.

The wildcats in that area were found to be willing partners. In return for their prowess, they became well-protected to the point of deification. Early Egyptians so appreciated these cats that the price for killing one was death.

“There are several different methods of analyzing the genetic differences between cat breeds. These are based on DNA sequences within the cat genome that vary between breeds. These DNA studies came out of the UC-Davis laboratory of Dr. Leslie Lyons (now at the University of Missouri). These studies have concentrated on differences between pedigreed breeds, random-bred feral cats from around the world and wild cat species that are closely-related to (and can interbreed with) domestic cats. To determine breed origins, it is important to look at ‘novel’ gene sequences that are only carried by a small number of breeds. The fact that they share novel sequences tells us that they are related (the novel sequence originating from a mutation in a single ancestral cat that was then propagated).”

Interestingly, ancient trade routes were integral to understanding what the geneticists ultimately discovered. “Other genetic findings are explained by historical trading patterns. All American feral domestic cats and breeds were related to European ancestors. Italian feral cats were an admixture of European and Mediterranean ancestors — revealing ancient Italian trading partners from both regions. Feral cats from Singapore were an admixture of Asian and European cats showing the effects of British colonization,” says Dr. Bell. “Persians, instead of clustering with Mediterranean Basin cats, were more closely related to European cats showing the diverse background in their development. Japanese Bobtail cats — though retaining Asian origin, also clustered with European cats.

“The oldest cat breeds would be expected to have the most diverse background of gene sequences because of the longer period of time for mutations to accumulate (to change gene sequences) since the breed’s origin. For instance, if a breed was developed recently, then there would not be a lot of time for mutations to occur to differentiate today’s cats from breed founders.”

Considered a national treasure in Turkey, its land of origin, the Turkish Angora still remains a treasure for those who love this breed. Some consider it to be the oldest breed of all. Dr. Bell explains, “The breed with the highest number of different gene sequences is the Turkish Angora. Because we know that this breed originated in Turkey, it indicates the Mediterranean Basin as the origin of the domestic cat. Many other findings within and between breeds bolster this conclusion.”

Historically, the Turkish Angora can trace its written history as far back as 16th century France. Due to its indiscriminate use in Persian breeding programs to improve their coat, plus the chaos of the first World War, it virtually disappeared as a separate breed in the 1900s. Turkey then began controlled breeding programs to preserve the breed. In the 1950s, at the Ankara Zoo in Turkey, American servicemen discovered the Turkish Angora. Since then, the world of cat fancy has embraced the breed with one distinct stipulation. All Turkish Angoras registered for the Cat Fanciers’ Association (CFA)must be able to trace their ancestry back to Turkey.

The breed is known for its long, sinewy body and shimmery white coat — although, in the United States, CFA accepts most coat colors and patterns. According to Alene Shafnisky, Turkish Angora Breed Council Secretary of CFA, “They are a small breed that might look fragile, but this isn’t so. They generally aren’t afraid to explore anywhere they can fit in or get to. They are best described as ballerinas — elegant, with their gossamer coat, but with muscles of steel lying just beneath.

“These cats are wonderful companions who tend to bond deeply with one member of the household — and they will choose who that is. They are among the most dog-like of cats, challenging the popular opinion that cats are aloof or vanish when company comes. This breed can act as a welcoming committee when someone is at the door.”

The Turkish Angora lives well with dogs and other animals, and should have many toys and high places to jump and scratch.

“Asian breeds have the second greatest amount of different gene sequences, indicating that they are the second oldest group of breeds,” according to Dr. Bell. “Asian breeds would have developed from ancient cats brought on trade routes between the Mediterranean and Asia. The molecular genetic differences in the Asian breeds show that they developed in isolation from the Mediterranean basin group for a longer period of time than the European and Eastern African breeds.”

John Douglas Myers has been a CFA All Breed Judge for 25 years. In addition, he has bred the Japanese Bobtail for over 30 years. “Art work from Asia has contained drawings and paintings of the Japanese Bobtail for over 1,000 years. It is believed that they were brought to Japan by silk traders to be ratters to protect the silk,” explains Myers. “They were kept in the imperial palaces and were treated as honored guests by the household members.

“Many of the cats you now see on the streets of Japan are much larger and more robust than ones seen in artworks. It is said that the Japanese Bobtail should resemble ‘fine porcelain’ and have an elegant appearance. It is one of the few breeds for which the CFA standard was written for the female.”

According to Myers, “It is still possible for breeders to import the breed from Japan. A breeder could find a cat on the streets of Japan, have import papers of country of origin, register it as parents unknown with CFA and show that cat in CFA shows. This has helped keep the breed healthy and more viable.”

The tail is one of the Japanese Bobtail’s most distinguishing features, explains Myers. “Each one is different, like a person’s fingerprint. It should resemble a pompom and not extend more than three inches from the body. Overall, the breed is not a large cat — females weigh six to eight pounds and males generally weigh seven to nine pounds. One of the most distinctive features is their soft and silky coat. Most cats have very thick coats with two or three layers, but the Japanese Bobtail is single-coated. That means less shedding. It was once believed that people who are allergic to cats would be less affected by this breed, but because most people are affected by the saliva of cats, this is not true.”

One of the most important distinctions in the breed is the pattern. “The Mi-ke (‘three furs’ in Japanese) or calico is the pattern most prized in the breed,” explains Myers. “Because calico can only be found in females, it is believed in Japanese lore that if your family has a male calico it will bring good luck for 400 years.”

This breed is regarded as an active and enjoyable addition to a household. “Japanese Bobtails are loving and affectionate cats,” says Myers. “They are very dog-like in that they love their people and want to be with them all of the time. They are active and will walk on a lead and play fetch. If you want a cat that just sleeps all day – that is not a Japanese Bobtail. They are curious and smart and often get into trouble!”

The Chartreux — which originates from the European geographical group — is both beautiful and regal. Orca Starbuck, CFA’s Chartreux breed council secretary, has worked with the breed since 1988. “The Chartreux is a natural breed that has been known in France for hundreds of years. The earliest mentions of the ‘blue cats of France’ are from the 16th century,” explains Starbuck. “Beginning in 1723, we see numerous mentions of the breed by the name ‘Chartreux’ in French dictionaries and volumes of natural history. The naturalists Linnaeus and Buffon wrote of the Chartreux as the cat of France and gave it a Latin name (Felis Catus Coeruleus, which means ‘blue cat’).

“The modern history of the breed began in the 1920s when sisters, Suzanne and Christine Lger, became interested in a large natural colony of blue cats on Belle-le, an island off the coast of Brittany. The Lger sisters were already interested in animal breeding. They noted the similarity of the cats to the historical descriptions of Chartreux, and began a breeding program based on this natural colony. Once the Lger sisters began to exhibit their cats, to great success, other French breeders — particularly in the Massif Central region of France — began breeding programs using blue cats from the countryside that fit the breed standard being developed.”

Fast-forwarding to the present day, Starbuck continues, “The first Chartreux in North America were imported from France in the 1970s. All North American Chartreux descend from these original imports, plus numerous additional outcrosses that have been brought in over the years. North American breeders have always been careful to import cats from the breeding lines that were most highly regarded in France.”

This breed may be small in numbers, but it is quite a powerhouse. “The Chartreux is an ancient breed which has retained much of its historical appearance,” says Starbuck. “Early descriptions of the Chartreux focus on the qualities of the coat, which was blue-gray in color, and so thick and plush that the pelts were traded and used by furriers. The cat was also described as having a powerful build and a straight nose.”

According to Starbuck, “The Chartreux combines strength with refinement. The body is medium-long, sometimes described as ‘primitive,’ heavy and powerful, with medium-short legs that are relatively fine boned for the body mass; males being much larger and more massive. The head is broad, with full cheeks (heavy jowls in males) contrasting with a relatively narrow, tapered muzzle and straight nose. Ears have a distinctive high-set and erect posture, giving the cat an alert look.

Eyes are open, rounded and expressive; eye color is copper to gold. The coat is medium-short, slightly raised and woolly in texture, with a tendency to break like sheepskin, particularly in mature adults. Coat color is blue-gray, any shade from ash to slate, allowing for natural variation between cats.”

The Chartreux is a quiet, yet intelligent breed; they are generally gentle and devoted member of their families, and well-adapted to other animals and children. Indeed, the Chartreux in any home is truly a joy and a gift of history.

These are but three of the oldest naturally-occurring breeds depicted in history and clarified by genetics. Hopefully, your curiosity is piqued and you’ll be delving into the amazing history of cats of all kinds. — Kim Cady