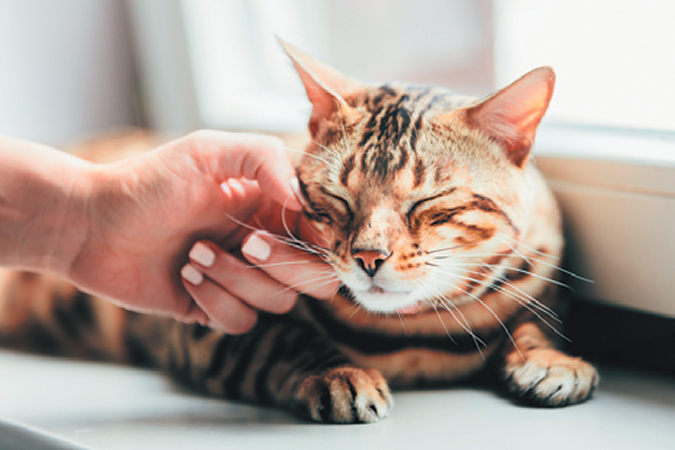 Poor cats. While they’re still hardwired to think more like African wildcats than domestic house pets, often preferring solitary lives to social ones, their human caretakers have evolved to be social animals. They go for closeness and touching to display affection. To make the feline predicament worse, cats have large eyes and foreheads, small noses, and round faces — the very infantile features that make us want to hold and take care of babies to keep our own species going. How can we respect their need for not wanting to be over-touched with ours for tactile bonding and reassurance?

Try stroking them more around the facial glands rather than along their backs, tummies, or the base of their tails. Cats accept being touched under their ears, on the base of their chins, and around their cheeks more than on other areas. Gentle stroking along those areas is worth a try for a cat who shows displeasure at being touched with twitching skin, exaggerated blinking, ears flattening to the sides, or flat-out swatting with nails extended.