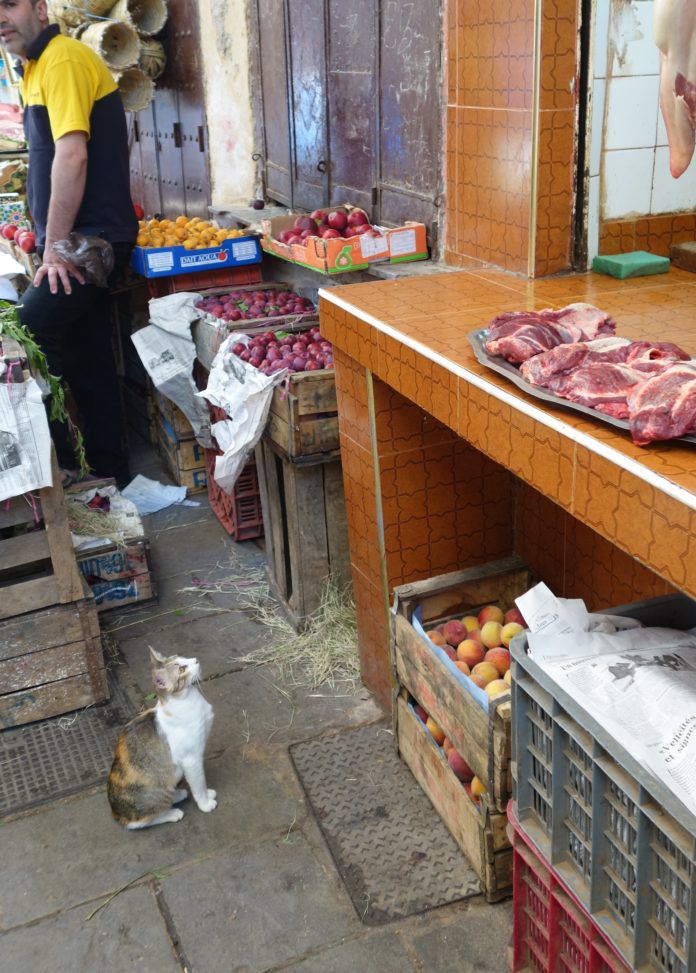 As a cats-only practitioner at a busy New York City veterinary hospital, I look forward to the summer, when I can take a much-needed break and go on vacation. Having visited most of the European countries as well as a few in Asia and South America, I decided to expand my horizons to a new continent: Africa.

My two passions in life are traveling and cats. On rare occasions, I’m able to combine the two, as I did on my trips to Greece and Turkey. Both countries were teeming with stray cats; many were friendly, and I met and photographed dozens. Alas, time commitments precluded experiencing the big cats of deepest, darkest Africa (a safari remains my dream trip), but North Africa — being not much further than Spain — was definitely doable. So once again, I was able to combine travel and cats. The destination: Morocco!

Although technically in Africa, Morocco is on the extreme northwestern tip. The Atlas Mountains and the Sahara desert separate Morocco from the rest of the continent, and the beaches to the north give the country a very Mediterranean feel. It’s not the typical vision of jungles, safaris and game preserves that most people conjure up when thinking of Africa. Morocco has a rich culture — a blend of Arab, Berber and European influences — and they welcome tourists with open arms.

Morocco is an Islamic country, and Islamic tradition espouses tolerance for all creatures. However, Islamic law characterizes dogs as being unclean. Cats, fortunately, are spared this label. And mistreating animals is considered one of the most severe of all crimes in Islam.

Morocco is highly populated with cats. They are everywhere: in the markets begging for scraps of meat, in the courtyards of the mosques, at your feet in the outdoor cafes, and lazing in the sun in the entryways of the shops. Unlike the cats in Turkey (another Islamic country), where most of them are in good flesh and robust health, many of the cats here were clearly in need of medical attention.

Birds, turtles and fish are sometimes sold in the souks, but companion animal pets are not very popular in Morocco, especially dogs (touching a dog removes the cleanliness required for daily prayers).Although the streets are overrun with stray cats, not many people keep them in their homes. As I saw in Istanbul, many stray cats were considered “community cats” and were well-fed and watched over by people in the neighborhood, but not directly taken care of or “owned.”

Expats who have enjoyed having animals as part of their family for years are far more likely to have a pet than native Moroccans. Because pets are not popular, veterinarians are hard to find in Morocco, with more modern cities like Casablanca, Rabat and Tangier being more likely to have veterinary care facilities.

Clearly, population control measures for Morocco’s cats are lacking, although some people are trying to change that. Help the Street Animals of Morocco (HSAM) — a charitable organization based in the UK — was founded in 2006 to improve the animal welfare standards for the street cats and dogs of Morocco.

In 2007, they embarked on their first “sterilization and treatment trip” to Essaouira, Morocco, where 107 cats were sterilized and 200 kittens were provided with medical treatment. Fortunately, these trips continue today. As Morocco continues to modernize, veterinary care will undoubtedly improve, but for now, the challenges remain.