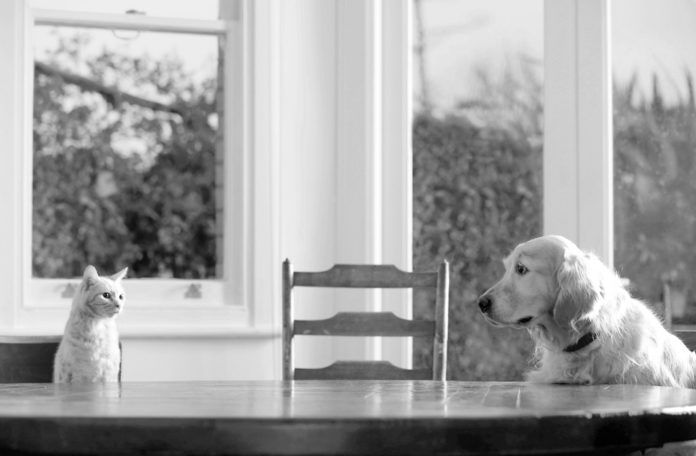 I don’t think I’d be putting myself far out on a limb to assume that most of the readership of this publication would consider themselves to be “cat people.” Certainly, there is a cross-section of the population that are simply animal lovers in general— living happily with both species and finding satisfaction and appreciation for both.

But for me, the nagging part of this equation is this: When people offer up that they are part of the tribe of “dog people,” it is often said with the added derisive comment, “I don’t really like cats.”

However, I’ve never heard a “cat person” feel the need to mention that he or she doesn’t care for the canine variety. So where exactly does this conflict come from?

About five years ago, a study from Ball State University tried to assess “cat people” and “dog people” in relation to the success rates of animal adoptions. It was found that it was the fit between the owner’s needs and the pet’s personality — as opposed to pet type — that best predicted companion animal attachment.

The study also found that cats were rated, by their owners, as significantly more independent or distant than dogs. Dog owners described their canine companions as being significantly friendlier than cats; and they also rated themselves as friendlier (and less submissive) than cat people.

A similar study was also performed at Bristol University in the UK, and later published in the Veterinary Record. It revealed that 47 percent of households living with a cat had a resident with a college education; whereas only 38 percent of homes with dogs had a person with a degree.

Ultimately, it was hypothesized that the disparity could simply be a result of the fact that those with a college diploma tend to work longer hours — and the time commitment required by a cat tends to be considerably less than that required by a dog.

Regardless of what academia decides about the nature of these relationships, I suppose it’s also human nature to declare one’s place in the world: Democrats versus Republicans, night owls versus early birds.

But whether you prefer cats or dogs, or pot-bellied pigs or ponies, I feel that animal lovers are united in the one way that matters: We are very lucky to share our lives with these lovable (if variable) four-legged companions.