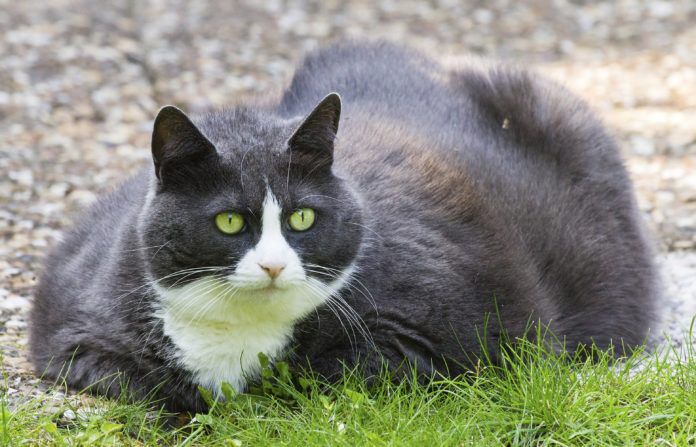 According to an annual survey from the Association for Pet Obesity Prevention (APOP), about 58 percent of cats and 54 percent of dogs in the United States are overweight.

The most recent survey involved 1224 cats and dogs from 136 participating veterinary clinics, with these clinics assessing the body condition score (BCS) of all feline and canine patients that came in for a regular wellness examination on the same day last October. (A BCS was based on a five point scale, with actual weight recorded and used to classify pets as underweight, ideal, overweight or obese.)

Ernie Ward, DVM, founded APOP in 2005 in order to better understand pet obesity levels in this country, and also to raise awareness of the health risks associated with excess weight in our pets. The most glaring problem is that the term “overweight” remains relatively unstandardized and poorly defined. (APOP defines pet obesity as being 30 percent above ideal weight.)

“Our profession hasn’t agreed on what separates ‘obese’ from ‘overweight,'” says APOP board member Steve Budsberg, DVM, MS, DACVS, a veterinary surgeon at the University of Georgia. “These words have significant clinical meaning and affect treatment recommendations.”

Dr. Ward hopes for APOP to eventually standardize the terminology for “obese” and “overweight,” and to adopt a universal BCS with a nine-point scale. He feels that such a scale will allow veterinarians to better interpret veterinary medical research, accurately assess the body conditions of animal patients and to be able to more clearly communicate with colleagues and clients. Right now, there are three major BCS scales that are used worldwide.