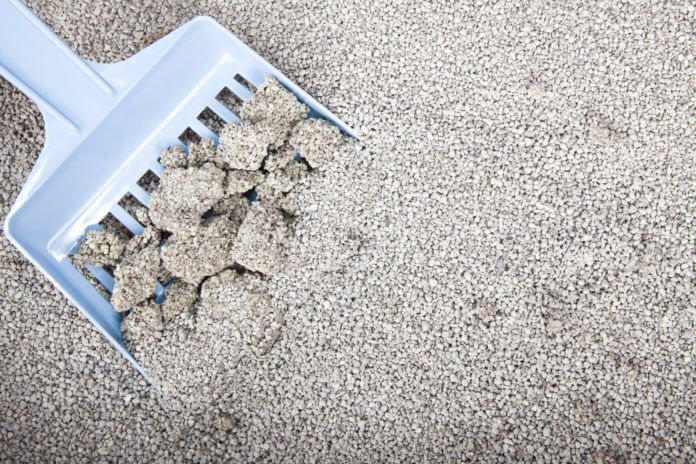 Obviously, it’s very distressing to a cat owner if she witnesses the plight of an otherwise healthy animal having difficulty moving her bowels. The cat will crouch over her litter box and stare fixedly ahead — her abdomen contracting and her legs and hind quarters quivering as she strains to pass an impacted stool. If her efforts pay off at all, she may eventually pass a small, hard, dark-colored fecal mass into her litter box. If not, she is apt to give up the task for the time being, disappear from sight, and then return to the litter box and try again a little while later.

The most common cause of the chronic, severe difficulty defecating in cats is idiopathic (meaning the cause is unknown) megacolon (meaning the colon has lost it’s ability to contract, and is markedly distended by fecal material).

Three forms of megacolon
The problem is likely to occur in three progressively severe forms, says Catnip contributor Arnold Plotnick, DVM, the owner or Manhattan Cat Specialists, a feline-exclusive veterinary hospital in New York City. The most common and least serious form of this disorder is occasional constipation, which is usually treatable with enemas, medication or dietary adjustment. Most cats respond well to such treatment, Dr. Plotnick notes.

In many cases, he says, constipation will occur as nothing more than a fleeting, one-time incident, experienced, for example, by a cat who has suddenly switched from canned to dry food or has ingested large amounts of hair while self-grooming.

Some animals, however, may have recurrent episodes that can lead to obstipation, a more stubborn fecal blockage. “Obstipation occurs,” he says, “when the colon becomes severely packed with a mass of hard feces so large that a cat is completely unable to move it along and defecate. The longer the feces remain in the colon, the more fluid is extracted by the colonic lining, resulting in a progressively drier and firmer fecal mass.”

And this, he explains, can lead to the most severe form of constipation: megacolon. In this condition, the colon becomes grossly enlarged, stuffed with rock-hard feces — and altogether unable to function.

For many years, says Dr. Plotnick, veterinarians theorized that severe constipation might be a neurologic phenomenon — a failure for a cat’s brain and bowels to communicate effectively. “We thought that there might be a problem,” he explains, “either with the brain’s ability to send a signal to the colon or a problem with the colon’s ability to respond to the signal. Now we’re pretty certain that it’s a muscle problem. A cat’s colonic smooth muscle is for some reason unable to contract properly, and megacolon is a sequella — a secondary consequence — of constipation. If you’re dealing with constipation and it is not addressed properly, megacolon can be the result.”

Other causes to consider
According to Dr. Plotnick, while megacolon is the most common cause of chronic constipation in cats, there are other causes to consider. These include narrowing of the pelvic canal and neurologic injury. Other potential, relatively rare, causes include colon cancer and complications associated with colon surgery.

Megacolon is significantly more common in males (70 percent) than in females, says Dr. Plotnick, and is most frequently seen in middle-aged cats — the average age is six years or so — and in obese animals. Regarding breed, nearly half of those affected by megacolon are domestic shorthaired cats. Siamese cats appear to be especially vulnerable, as are Manx cats who have a spinal cord deformity. “But certainly,” Dr. Plotnick notes, “cats of either sex or any age can develop this disorder.”

Other systemic signs that may suggest the presence of megacolon include dramatic weight loss, dehydration and vomiting. And although the personalities of most affected cats will remain unchanged, those with persistent, untreated megacolon may exhibit signs of depression, such as lethargy. In addition, says Dr. Plotnick, the frequency with which a cat visits her litter box may change dramatically. “Typically,” he points out, “a cat uses the litter box at least once or twice a day. I’d be concerned if she starts using it every other day.”

Initial physical examination of a cat showing signs of megacolon will rely on palpation of the animal’s lower abdomen, which will reveal an enlarged colon that is packed with hardened feces. And a digital exam of the animal’s rectum may reveal — in addition to hardened fecal matter — a narrowed pelvic canal or an obstruction caused by an old pelvic fracture, either of which can prevent stool from passing through.

If necessary, a thorough physical exam may involve the use of an endoscope, which will reveal any abnormalities of the tissue lining the colon. In some cases, abdominal X-rays will be used to determine the severity of a colonic impaction; and, in rare instances, ultrasound imaging will serve to rule out the presence of a cancerous growth in the patient’s colon or rectum.

Immediate treatment
If megacolon is diagnosed, it must be treated without delay, stresses Dr. Plotnick. “You either do medical management or surgical management,” he notes. “Most veterinarians will try medical management first. In most cases, this entails a three-pronged approach, relying on diet, stool softener and motility drugs to help move the stool through the colon and rectum.

According to Dr. Plotnick, a motility drug called cisapride is the only medication that is effective in emptying a cat’s intestinal tract of solid waste. Cisapride, which is available solely through compounding pharmacies, can be made up in liquid or solid form, in any flavor that a specific cat seems to prefer.

If medical management fails to relieve the blockage, says Dr. Plotnick, the only recourse is surgical management in the form of a subtotal colectomy — the removal of as much as 95 percent of an affected cat’s colon. “What remains following surgery,” he says, “is a small section of the colon and the rectum. The little part of the colon that remains learns to maximize its ability to absorb water, and by adding fiber to the cat’s food, you can usually achieve stool with a soft consistency.”

While such surgery is certainly a serious matter, he points out, “it is nothing that should ultimately have an effect on a cat’s lifespan, and it can help miserably constipated cats lead much more normal lives.” — Tom Ewing